The Power of Negative Thinking

What’s so terrible about being critical? 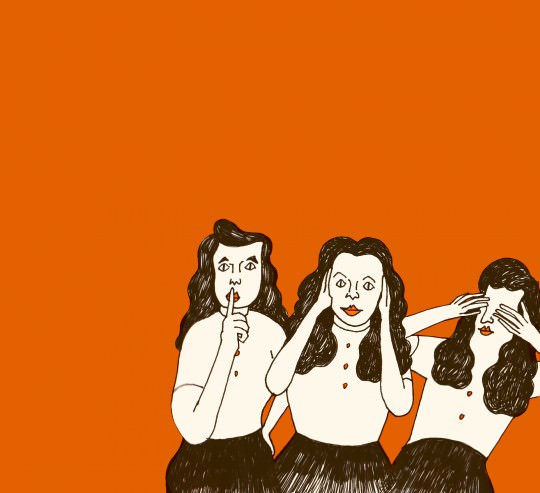 A while ago friend of mine sent me a link to a food blog. “Everything they post is so delicious-looking!” she wrote in her email. After skimming the blog, I wrote back: “Why do they have to put a POACHED EGG on everything? It’s a salad, who needs runny, raw egg all over their lettuce? THIS IS GROSS. When did we become so precious about food? There are still people all over the place who cannot eat on the reg.” To which my friend replied, “Danielle, it’s just a FOOD BLOG. Bring it down a notch.” A few months later, another friend told me that I should watch the TV show Girls. I immediately responded: “Listen, New York is my home turf, and I know for a fact that you are contractually obligated to run into at least seven minorities a day. WHY WOULD I WATCH THIS? It completely obscures the power dynamics happening with race, young women, and invisibility.” I don’t think that friend has mentioned a single TV show to me since.

I am, at heart, a judgmental pessimist. If you mention something to me that gives you joy, I will immediately find a way to diminish it, sight unseen. That new band you like? They are total Bowie rip-offs, and they’re doing a bad job of it. Oh, you read a good book? I bet it’s about five chapters too long and not worth my time. You think yoga is the best? It makes my body hurt MORE, and all of those sun salutations make me dizzy.

I may not always express my negative thoughts out loud, but I guarantee I’m thinking them 80% of the time. I recognize that this negativity is not my most charming feature, and I try to be positive (outwardly, at least) whenever possible so that I can still have friends and ride the bus without being charged for murder. My husband jokes about giving me a special notepad to hand out demerits in public when I see someone committing a social atrocity, like slowing down on the sidewalk to text in front of me or talking loudly into their cellphone on the otherwise silent train. Since I’m not actually rude enough to tell total strangers how terrible they are, my husband, my sole witness, bears the brunt of my complaints about everything that is wrong with the world, which is EVERYTHING. (He, by contrast, is the calmest, most accepting person I have ever met, which only heightens my pessimism. Can’t he SEE how horrible everything is?)

I think some terms that are commonly used to describe people like me are: bummer, grouch, grump, curmudgeon, cynic, Debbie Downer, drag, sad sack, killjoy, and huge pain in the ass. And people like me know we’re not your favorite. “WHY do you have to be so NEGATIVE all the time?!” you will implore us. But I ask you: what is really so terrible about being critical? Why is it acceptable to see the bright side of everything, but socially unacceptable to expect the worst? Why do people treat people like me like we’re a problem that needs to be fixed?

All pessimists are regarded this way, but especially women and girls. Females like us are routinely called bitches (which in my experience tends to translate as “Oh shit, there she goes expressing her opinion again”). Our society constantly proves that it has no idea what to do with women who are not smiling and nodding; please see Exhibit A: Demi Lovato for reference, and read all of the “what HAPPENED to her?” comments from the dazed masses who expect her to always be her smiley Disney character Sonny With a Chance and not a real, grown-ass woman rightfully taking media to task for their thoughtless comments about eating disorders. Or think of any time someone randomly told you to “Smile!!!” because your scowling lady face was clearly messing up their entire day. We place a pretty high premium on girls’ being approachable, and deviating from that path can land you deep in the Forest of Bitch, like it or not.

Because of all the forces that work to hurt girls’ confidence, we’re already less likely than boys, in general, to voice our opinions. When those opinions are contrary to those of most of the people around us, it’s even harder—people will try to get us to fall in line with the majority, or, failing that, to shut up altogether. Sadly, this often works, because it’s really uncomfortable to be put on the spot. It can take just one time to make you feel terrible about speaking up, and to discourage you from ever trying it again. Take, for example, the time I raised my hand in eighth grade to disagree with my teacher’s opinions about the Gulf War. One of my classmates told me that I was “stupid, and should shut up.” I never challenged that teacher again, and I never talked in any future class I had with that student.

(Let me take a minute to say that I think it’s totally OK to call someone out in class or anywhere else if the opinion they’re expressing is racist, homophobic, trans*phobic, sexist, misogynist, ableist, ageist, or otherwise bigoted about groups of people—i.e., hateful toward people as opposed to challenging people’s ideas.)

I spent the rest of high school stifling my “controversial” opinions. In college, things were different: when someone challenged a statement made by a professor or a classmate, they weren’t shot down—their contribution led to more talking. Witnessing this encouraged me to try speaking up again, and it felt really good to engage in discussions and disagreements freely, without worrying about whether I said the “wrong” thing. I realized that I’d rather talk and risk going against the grain, than be silent about things that mattered to me or let people assume that I agreed with them when I absolutely did not. And the more I spoke up, the better I got at walking the line between being critical and staying open to dialogue. In turn, the better I got at striking that balance, the more confident I felt expressing my thoughts and ideas. (And sometimes I’d even find myself changing my mind—and being able to do that is just as important.)

Even if you’re the most posi-vibez person in the world, you will never be in a situation where every single person around you agrees with every thought you have. If you learn to say what you think without worrying about what everyone else thinks, you might find yourself, like I did, being more able to really engage in conversations, to have faith in your opinions, and to just be a fully formed person who has tons of different moods.