A daisy chain of appreciation.

We published part one of this series last November. We thought part two would come, like, two months later, but we hit a snag when a star of stage and screen politely declined to be part of it. Then, um, work and life piled up and we just did not get it together to continue the chain…until now.

We love comedy, and we know that the people who know best who’s really killing it out there are other comedians. So, we asked a bunch of them to write about other comedians and comedy writers whose work they admire. We’re basically using our jobs to force very busy people to introduce us and you to our new favorite comics.

We’re starting this time where we left off—with Gina Yashere, who’s been on Last Comic Standing, The Tonight Show With Jay Leno, Chelsea Lately, and a jillion other things. She she was the first Brit on HBO’s Def Comedy Jam, and the first (and only) black female comedian on Conan O’Brien’s Tonight Show.

Why I Love Erin Foley 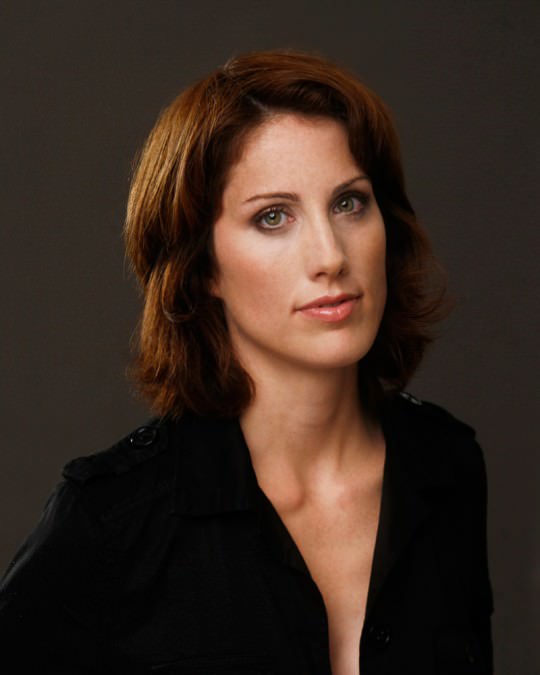 The first time I saw Erin Foley perform, I had just moved to L.A. and went out one night to a comedy club, where she was on a conveyer belt of like 4 million comics. 3,999,999 of them I don’t even remember to this day. But Erin stood out. I was struck by her energy, confidence, and really intelligent, well-crafted material. And, of course, she was hilarious.

Most comedians tend not to laugh much at other comics—we analyze their sets, saying things like “That was nice” or “I like what she/he did there,” instead of actually laughing. But when Erin was onstage, I found myself howling the entire time. Before this, the only jokes I had ever physically laughed at were my own.

From that point, I started to check her out (i.e., stalk her). Erin runs a monthly comedy night called Gays R Us in Hollywood; that’s where I first got to see her in her element, doing a full set. She’s such a pleasure to watch—she’s absolutely comfortable in her own skin, which gives her performances a sense of freedom and manic abandon.

I’ve had the pleasure of working with Erin many times since then, and she is always tirelessly experimenting and trying out new material. She never rests on her comedy laurels, which is one of the marks of a great comedian.

I truly love and appreciate comedy, and it’s great to meet someone who also is also lovingly committed to the craft, and not just using mediocre comedy as a steppingstone to acting work.

I’m proud to have Erin as my peer. I won’t call her my friend yet, as she is totally shit at returning phone calls. Maybe this piece will help…

Why I Love Jackie Kashian 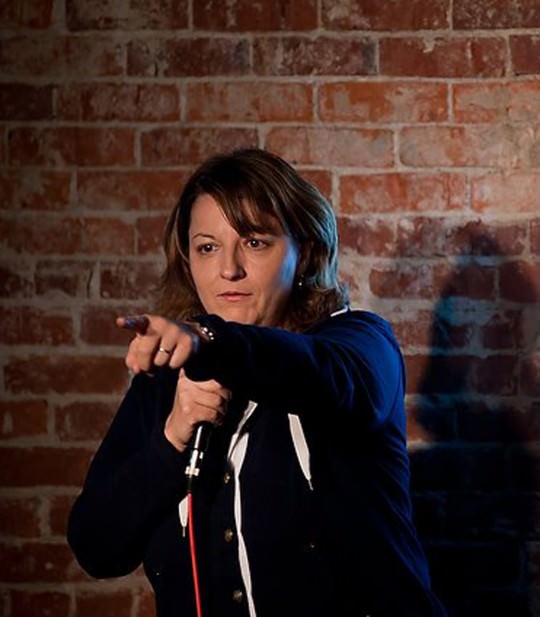 Every comic I meet knows and loves Jackie Kashian. But I hold the title of president of the Jackie Kashian Fan Club. I’m sure someone is reading this article thinking, Wait she’s my wife, so I’m president of her fan club, or She’s my sister, so I’m the president. To them I say, “I’ll fight you. I’ll sweep your leg.” OK, that’s not going to happen, because I hate confrontation; the point is, Jackie Kashian is my favorite. If comedy itself had a president, it would be her. Allow me to construct a campaign platform.

Jackie Kashian is #1 in the following categories:

1. Number of clubs performed in across the country.
2. Number of comics performed with.
3. Quantity and quality of horrible and awesome road stories.
4. Hours of successful material.
5. Love of standup comedy.
6. Dedication and perseverance.

Last year Jackie asked me to open for her somewhere in California for about a hundred bucks, and I said yes without knowing where it was or what was going to happen, because it’s Jackie. Turns out the show was seven hours north of Los Angeles and we were driving. I met her in Van Nuys at five in the morning. What? Where? Why? Because it’s Jackie. Over two days, we spent 14 hours in the car listening to books on tape (sci-fi, Sara Vowell) and talking about our crazy families and all things comedy. I learned so much about the business and the art of standup from the ultimate student of the game. I left the car a total groupie.

Jackie can connect with any crowd, anywhere. We (the entire comedy community) have a running joke that she’s seen it all, done it all, and worked with everyone. If someone were to do an impression of Jackie, it would go something like this: “Hey guys, anyone ever play the Comedy Shack in Bumbleweed, Indiana?” (Nobody ever has.) “I did four hours each night, got paid in absinthe and graham crackers, and the owner of the club kept putting cocaine around the rim of his margarita. Great crowds though, I wonder if that room is still happening?” Her love of standup is complete, and infectious.

Jackie is a master craftsman who seamlessly weaves stories and jokes throughout her routine. Her brain is beautiful. You want to crawl inside of it, make popcorn, and hang out. She’s not just a successful comedian, she’s one of the best.

Why I love Erin Jackson 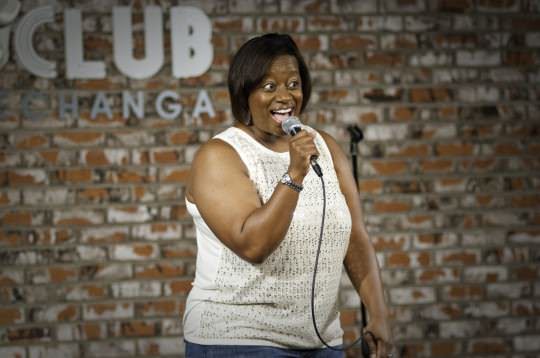 Erin Jackson is one of my favorite comics. Her material is personal, interesting, and unique. The punch lines are both twisty and full of common sense. I love watching her on stage, both as a fellow comic and as a regular audience member. She’s got lines and premises that make me shout out (in my head—I’m sure we all appreciate that I’m not actually shouting in comedy clubs), “YES. Perfect! That’s so great!”

We all know hardworking comics that should, by all rights, be famous (if talent and work were the criteria for fame). But by my standards, Erin has already won the ridiculous game of show-bidness. She is hilarious, and she’s making a living from her work…and she is loved and respected by her peers. That’s all I think we can expect from our work, our calling, our lives: to be able to do that which we love, for a living, and to be appreciated and respected for what we do.

I met Erin in Las Vegas when I was on the show Last Comic Standing. Think about those two things: nothing good should come of meeting someone in Vegas, and anything to do with a comedy competition is a bad idea. But I got to see her do, what, three minutes of material? And then I got to hang out with her for HOURS. That’s when I fell in love with the kind of comic and person that is Erin Jackson. Her comedy is full of truth. Her truth is full of love. And her love is full of funny.