Secret Style Icons: Ladies of the Board

They’re in games, and they have game. (We like wordplay, OK?) (That last pun was unintentional.) (But we are never sorry about PUNS.)

It was not an advantage to draw a woman’s face from the card deck while playing Guess Who?, the game where two people sit down, look at a board filled with fairly frightening faces, and attempt to discern which face their opponent has drawn from the deck by asking a series of appearance-based questions. The first question (unless you were playing with someone who was obsessed with asking about hats) was usually “Are you a girl?” If the answer was yes, your opponent knocked down, say, 96% of the game board, narrowing the field down rather quickly. It was a dumb game, and I loved it.

Although it pretty much sucked to draw her from the deck, my favorite character was Maria, who had a shout-out on the box that I played from, a box that also featured the boy in this commercial—I guess he was the official Guess Who? kid of that particular period:

Maria was my favorite because I was approximately seven years old when I played this game, and I was shallow and liked the “pretty lady” the best. She was a terrible draw not only because of her gender, but also because she wore a badass green beret (one of the few hats in the game) and earrings (few characters wore earrings). Picking Maria was basically like picking a giant bull’s-eye, but of all the characters in the game, she’s the only one I remember clearly, and I attribute that—at least partially—to her sense of style. To this day I still want to wear a Kelly green beret and a pair of dangly earrings. 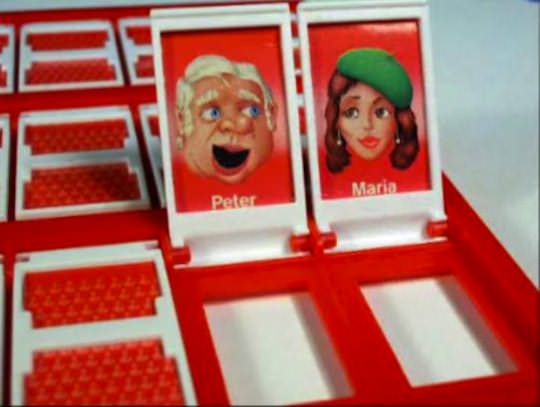 Board games are supposed to do two things: keep you busy, and get you thinking. You’re entertained and, in some cases anyway, educated, at least a little bit, as you hop around and strategize and figure out how to win. But the best board games also leave you with a basic introduction to storytelling—creating worlds filled with vivid characters that are hard to shake, long after you’ve forgotten how to play.

In this regard, for me, there are two games that stand out: Candy Land and Clue.

Now listen: unless you are between the ages of three and eight, Candy Land is total snoretown. But the characters, and the very idea of a world made of candy, are inspirational forever. Observe: 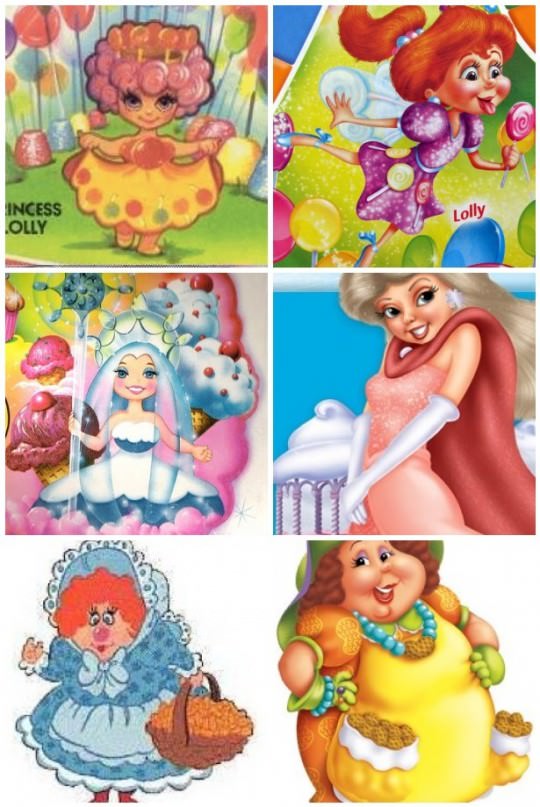 All images via the Candy Land Wikia, except for Old Grandma Nutt, via Polyvore, and Old Princess Lolly, via La Vie en Rose Fashions.

Princess Lolly, Queen Frostine, and Grandma Nutt have had makeovers since the days I played, but—with the exception of Queen Frostine, who was downgraded to “Princess Frostine” and given the requisite Generic Pink Makeover, ugh, boo, hiss—they’ve all retained a pretty solid sense of style, incorporating candy elements into their everyday gear. It’s easy to be inspired by their fun theme: the creator of La Vie en Rose Fashions is even working on a Lolly-inspired dress, which is divine: 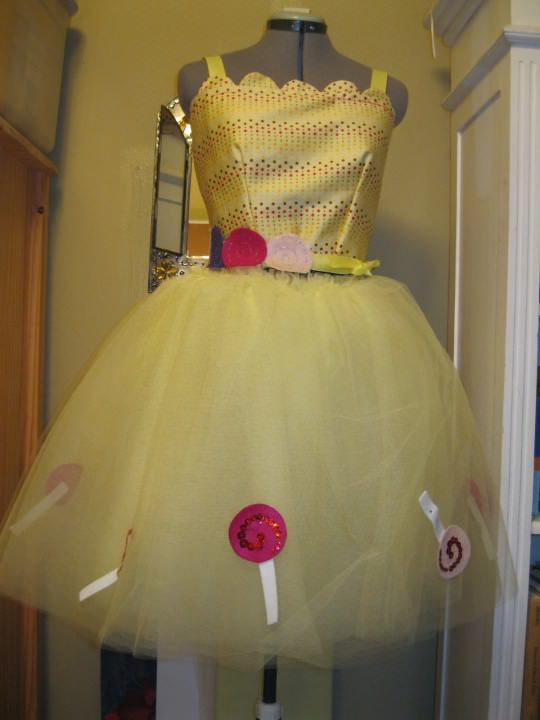 And look at Lolly’s crown! It’s like a flower crown MADE OF LOLLIPOPS. Queen Frostine carries a lollipop scepter! And Grandma Nutt is just keeping it too too real, always and ever. Look at her pockets! There are so many Mae West jokes to be made, it’s not even funny. And the peanuts embroidered onto her sleeves are on point. I love when people embrace the things they love, which is why I guess I love how absurd the Candy Land ladies are. They’re not afraid to take a concept and go all out. It’s a reminder to always incorporate parts of your personality into what you wear.

Candy Land is supposed to be a silly, dreamy, place—a place that, like candy, represents fun. The bright colors, the clever use of candy accessories, and the confidence shown by the ladies of the Land just makes everything even better (I was going to say “sweeter,” you guys, but I couldn’t bring myself to do it). The Candy Land ladies embrace their hometown and their obsessions, and they don’t hide what they love, which makes them all the more lovable.

The ladies of Clue, on the other hand, have plenty to hide, which makes them diabolically rad. 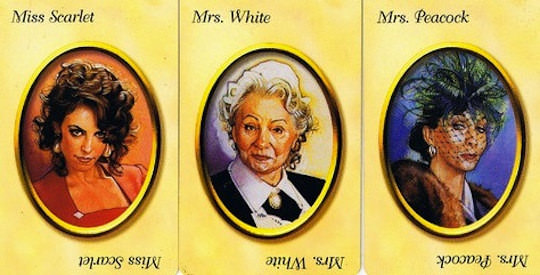 Is this a master class in bitchface or what? All three of these women are potential murderers with plenty of secrets, yet Miss Scarlet and Mrs. Peacock don’t shy away from slinky gowns, fur stoles, and whatever the hell is on Mrs. Peacock’s face. They are dressed for fancy times, dahling. They’re high-class criminals who carry an air of mystery while waltzing around in their oh-so-very outfits. And Mrs. White? The 50th Anniversary card above may not be her most fashionable representation. For that we turn to the inimitable Madeline Kahn in the movie version of Clue, who delivers one of the greatest lines of all time:

Halloween is coming up, and if you’re stuck on a costume idea, it may serve you well to dig through the old board games sitting in the basement for inspiration. And for once in your life, when someone sees your green beret, your dangly earrings, and yells, “Are you Maria!?!?” you’ll be able to say yes and feel like a total winner. ♦