Literally the Best Thing Ever: Shows Within Shows

I love monsters; and the more wicked and unusual a monster looks or acts, the more I fall in love with it. Ghosts and crazy humans can be exciting, but those scary creatures that spring from human imagination, whether through folklore or the modern mythmaking of scary movies, freak me out the most. And I love to be freaked out!

Here’s a list of some of my favorite monsters from films and literature, along with a mini survival guide should you ever come into contact with one of them in the dead of night (and you definitely will, oh you will…). 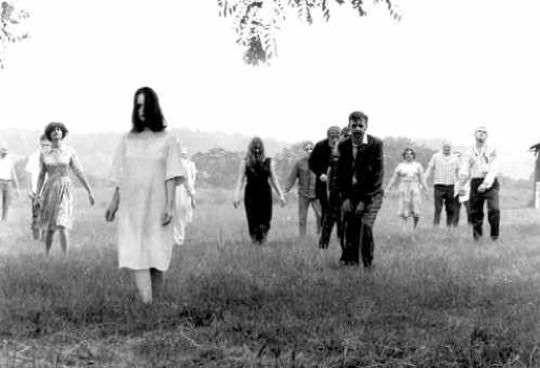 Who/what are they? Teenagers who have just woken up for school, OR corpses who have come back to life. The latter is a more accurate definition.

Pros: Zombies are slow. It’s important to note the distinction between zombies and crazed cannibals who won’t die (like from the movie 28 Days Later, where the rabid attackers run around like maniacs). Zombies are walking cadavers with deteriorating brains. They’re really dumb and they move at a glacial pace.

Cons: They don’t die and they want to eat your brains. (Though it’s commonly believed that if you chop their heads off, they’ll stop chasing you.) 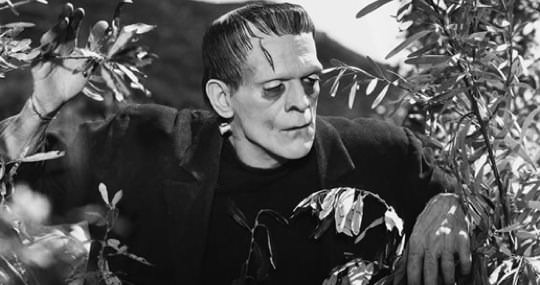 Who/what is it? A man-made man created by Dr. Victor Frankenstein. It’s never quite clear just how the monster was created, but he’s super tall, super buff, and may or may not be green. In some depictions he’s made out of pieced-together body parts from cadavers, which is a really unique look in my opinion.

Pros: He’s a really nice guy and he just wants to be loved. His brain not fully developed, so it’s fairly easy to manipulate him to do what you want him to do. The only problem is he’s dangerously aggressive and strong.

Cons: He has no understanding of social norms, nor of his own strength. He’s also a sensitive boy and gets angry at the mobs of people coming at him with pitchforks and fire.

Your chance of survival: 80%. Frankenstein isn’t even that scary. He’s only a monster because people make him out to be that way. I would know; we’re currently dating. 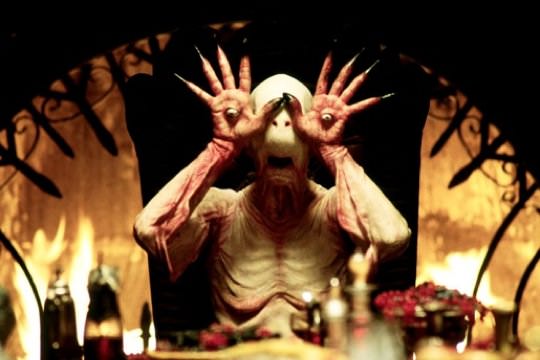 Who/what is it? A disturbing-looking child-eating monster.

Pros: He has no eyes! Well, on his face, at least (he has them on his hands.) He generally leaves people who come into his lair untouched, but there is a catch…

Cons: The Pale Man sits at the head of a table covered in delicious-looking food. If you eat any of it, he’ll eat you. It sounds SO simple, but for whatever reason, this food is made to look extra delicious and tempting.

Your chance of survival: 60%. Just don’t eat anything! Seriously! Oh, except if he’s serving Snack Ums Froot Loops, those large Froot Loops that I literally can’t find anywhere these days. Those are really good, just saying. 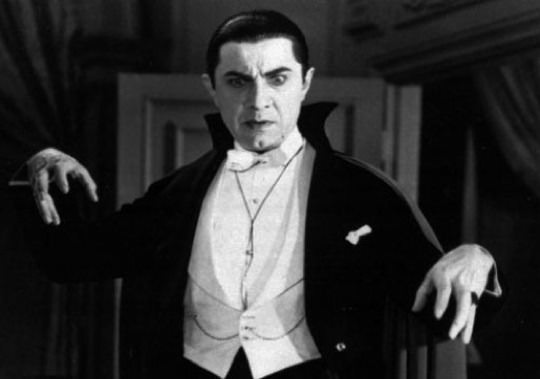 Who/what is it? Dracula is a vampire who has lived for centuries and is well-educated in the dark arts. He usually inhabits dark, crumbling castles because DUH.

Pros: Dracula has some textbook allergies that come in handy when you’re fighting vamps. He doesn’t like crosses, ’cause he’s evil. If you wear garlic or rub some on yourself, he won’t want to suck your blood. He doesn’t appear in mirrors, and he can’t be out in bright light. He might be gluten-intolerant, but don’t quote me on that.

Cons: Depending on which portrayal of Dracula you’re enjoying, Dracula can be either really seductive (Frank Langella) or downright ghastly (Max Schreck). But whether he’s a fox or a ghoul, Dracula has some major cons. He wants to suck your blood, and that can either kill you OR turn you into a vampire. Do you really want to be a vampire? If you do, that’s OK; I respect your alternative lifestyle. 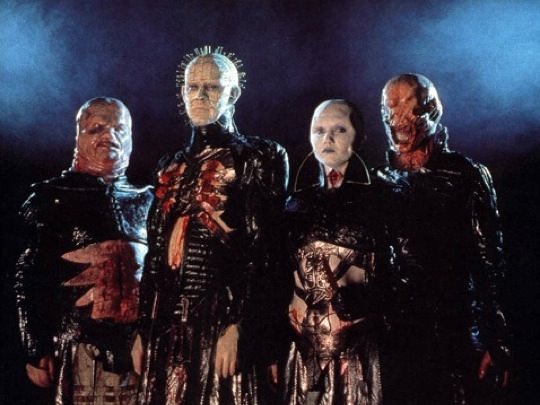 Who/what are they? They’re mutilated creatures from the underworld that practice an extreme form of S&M and want to kill you. COOL, right?!

Pros: These weirdos are really easy to bribe and confuse. At one point the protagonist of Hellraiser is hiding behind a cardboard box in a closet, and the cenobites can’t find her. LOL, idiots. They’re also really hilarious-looking, so they make for good laughs. But don’t laugh at them, because they’ll totally want to take your soul!

Cons: They’re evil, they’re hell-bent on destruction, and they have terrible taste in clothing. That dark leather robe does not flatter Pinhead’s pale complexion!

Your chance of survival: 30%. You have to have a SERIOUSLY good bribe (Example: Did one of their captives escape the underworld? Help them find him!) to get these guys to stop thinking about tearing your soul apart. 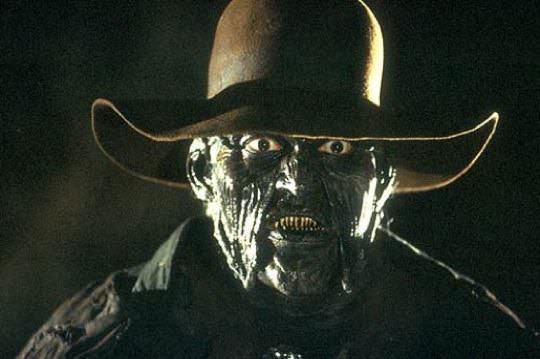 Who/what is it? I…don’t…know?! It’s believed to be some sort of immortal demon that has wings and wants to use your skin to make arts and crafts. It is also said to have been inspired by the Jersey Devil.

Pros: He’s a really bad driver, so you’ll be able to tell if he’s coming to get you in his pickup from a mile away. I just want to say to him, “Dude! You canNOT honk the horn like a maniac! I don’t care if you’re not human, it’s rude!” but he probably wouldn’t listen to me anyway. Ugh, monsters these days! He hunts humans every 23rd spring, for 23 days. So just mark your calendars in advance and don’t go outside that day!

Cons: He can fly with his big ol’ bat wings, which is pretty disturbing. Oh, and he feasts on human body parts. Sooo unhealthy!

Your chance of survival: I give you a 30% chance of survival. This guy is way freaky, and he tracks down his victims by sensing their fear. So, if you’re afraid of him, you’re doomed. Stay chill and maybe you won’t be eaten? 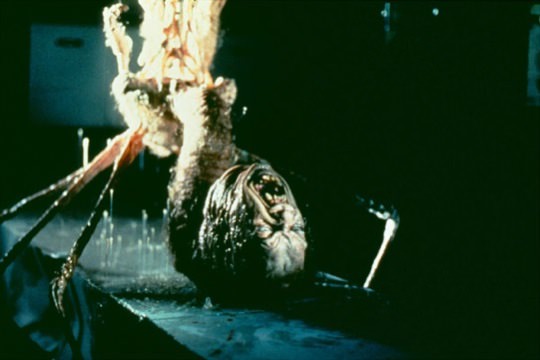 Who/what is it? The Thing is suspected to be an alien, but it’s never quite explained. When it’s dug up from the ice in Antartica, it looks like some sort of humanoid. What we do know is that it can duplicate the cells of any living creature and become that creature.

Pros: Although it will try, the Thing will never fully be human, so you’ll sort of be able to tell if you’re talking to a normal person or the Thing. Emphasis on sort of. You can also kill this thing with fire, so grab the nearest blowtorch!

Your chance of survival: 20%. The Thing is such a jerk because it will totally clone your boyfriend and when you think you’re making out with him you’re ACTUALLY going to be making out with a HUMANOID alien! Ah! And then it will kill you and absorb your cells. ☹ You will just barely have a chance.

8. Werewolves, from any movie OTHER than Twilight 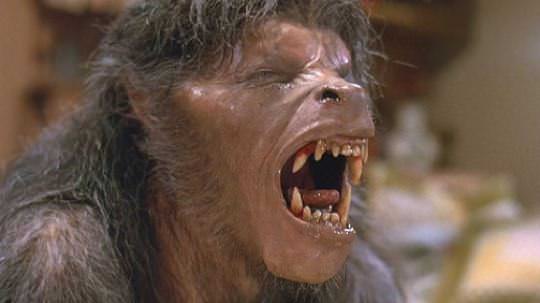 Who/what are they? Human who can change into wolves or wolflike creatures.

Pros: Wolves are adorable! You can also, according to everyone, kill werewolves using a silver bullet. Where you get these bullets, I don’t know. Maybe Hot Topic? 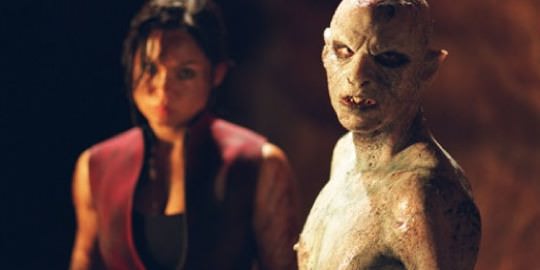 Who/what are they? Subterranean, extremely underdeveloped human beings that feed off of other humans.

Cons: They have a highly advanced sense of hearing and scent! Aw, man…

Your chance of survival: 5%. A lot of surviving an attack from these creatures has to do with getting out of their habitat: the dark caves. But remember, they’re technically human, so fight them like you would fight any other human (by attacking them on Tumblr). 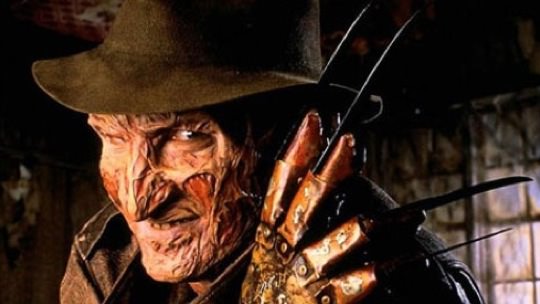 Who/what is it? Freddy was a child killer who was set on fire by a group of parents in the neighborhood. His body died, but his spirit remained in the town, haunting the dreams of his killers’ parents.

Pros: He actually has a great sense of humor and is very creative (aw, he made that glove of knives all by himself!). He also has nice style: A striped sweater? How adorable! I would probably be matched up him on OKCupid. That’s not weird, right?

Cons: He is evil and terrifying-looking (the dude is burnt to a pulp). Plus, his main MO is to attack you in your dreams while you sleep. So, it’s really hard to run away from him. Also (spoiler alert) he kills a young Johnny Depp! NOT COOL! He also has a glove of rusted knives that he wears for cutting vegetables into excellent salads. Oh, wait, actually he uses the knives to hurt people. My mistake!

Your chance of survival: 0%. The dude gets into your DREAMS. You will never, ever be able to kill him. You’re totally screwed, and by screwed I mean dead. Sorry, folks! ♦