Too young to vote? I have some ideas for you.

How to Make a Layup 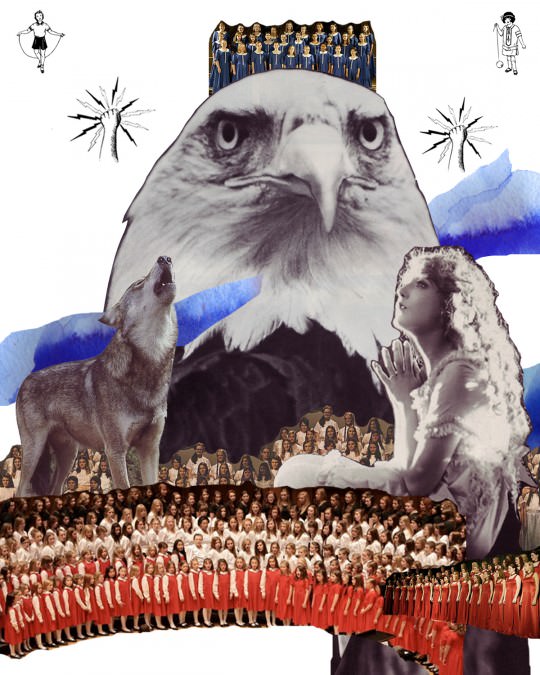 Allow yourself to be used by the spirit of history. Just find a way to get in the way… Get in trouble—good trouble, necessary trouble… Every generation must find a way to leave the planet…a little better than we found it—a little greener and a little more peaceful. I think that’s our calling. We have a mission, a mandate, and a moral obligation to do just that. —Georgia congressman John Lewis

So, maybe you can’t vote. Because you’re too young. How does this make you feel? Voiceless? Uninterested? Angry? Apathetic? I remember feeling completely alienated from the political process before I turned 18, and somewhat spurned. As if my voice didn’t matter. It was frustrating. But you guys are powerful! I know this, because I sat in front of hundreds of you a few weeks back at the Rookie Yearbook One launch and cried! I cried because, just five years ago, when my daughter was born, I was a little scared for her. I didn’t see young people out there making it seem cool to be a feminist. I had all of feminist history to show her, and that is some powerful stuff, but I longed for strong feminists who could also be cool-older-sister figures for her. And now, here you are! Thank you!

I’m here to appeal to you, especially the Americans among you, to come out in full force for the upcoming U.S. presidential election, on Tuesday, November 6. (And I’ll admit right here that I’m biased toward Obama’s politics, and this piece will reflect that; if you’re a Republican, or an independent or undecided or ANYTHING else, though, your voice is important too and you need to get your concerns heard by your representatives!) This election affects YOU more than anyone in many ways, because the outcome will affect your future. The results of laws and policies that are being put into motion now may skip a generation (they often do) and come to bite you in the butt when you’re an adult. For example, if the Affordable Care Act (aka Obamacare) is struck down, you won’t be able to stay on your parents’ health insurance plan after college. (Obamacare would let you stay on it until you’re 26.) The DREAM Act, which would ensure that immigrants’ kids would have access to educations and basic social services in this country, is still being hotly debated. A lot of other scary-important issues are up for grabs this election too: immigration, education, abortion rights, same-sex marriage, gun control, the environment, global warming, terrorism, the economy, welfare, and unemployment. For a pretty good breakdown of where the presidential candidates fall on these issues go here.

If you’re old enough to do so, you can register to vote here. If you’re not sure if you’re already registered, find out here. We all need to vote, especially women and young people. We adults know that despite all of the fighting, name-calling, outright lying, and bad mojo that the election cycle pollutes our country’s political narrative with, one truth remains: you, the young folk, the next generation, are the ones who will really feel the sting of getting rid of Medicare, Medicaid, Social Security, Planned Parenthood, and other social services that women of all ages depend on (low-income women especially). The people fighting for office now are the ones who will decide whether you’ll be able to get an abortion, what your taxes will be spent on, how big a portion of your income those taxes will ask for, whether arts are supported in our country, whether the safety net that is supposed to catch citizens who aren’t doing so well financially or otherwise will be strengthened or destroyed. Personally, as a feminist, I feel a moral obligation to support girls, women, people of color, gay people, bi people, trans people, poor people, and anyone else who has been cheated out of a measure of power and justice just because of who they are. I believe we all have a responsibility to help one another. We don’t live on a level playing field, and that makes me angry. Until we are all equal, I believe our government has a responsibility to give everyone access to a good education, affordable health care, after-school activities, a living wage, and a lot of other important stuff.

As women and girls, we have an extra responsibility to send a message to our leaders. It’s not OK for a politician to draw lines between “legitimate” or “illegitimate” rape; rape is rape, duh. It’s not OK for influential political commentators to call women names for demanding the right to birth control. It’s not OK that women make substantially less than men for the same work, or that women of color and undocumented women make less than white citizens. It’s shameful to make health care so complicated and inaccessible for us, to deny marriage rights to so many people, to deny basic human rights to so many more. And there’s still an urgent need for more women on the Supreme Court, in the presidential administration, in Congress, and in local offices everywhere.

But if you’re too young to vote, what can you do? I have some ideas. You can canvas potential voters by knocking on doors and encouraging people to register. If a sweet-faced young cherub like yourself showed up on the doorstep of a jaded, stone-faced grownup and implored them with pleading eyes to “please vote, it’s important for my future,” who could turn you down? Organize a debate at your school, in your living room, anywhere! Bug your too-cool-for-school older friends to please use their votes. Press your local candidates to elaborate on their ideas for empowering young people. Hold them to task on their beliefs on women’s issues, civil rights, immigrants’ rights, LGBTQ rights, youth issues, the environment, voter suppression, etc. If you live in a swing state (Ohio, Virginia, Florida, Colorado, Iowa, Nevada, New Hampshire, North Carolina, Wisconsin), you have a TON of power. Your state could make or break this election. Get involved in a local election. And if electoral politics aren’t your thing, agitate for the causes you care about (but I hope you will still vote—it really does make a difference).

Listen. I’ve been watching you guys. I’ve been watching you embrace feminism, community, social justice, and positive hooliganism; it’s one of the more inspiring things I’ve been privileged to behold in my lifetime. The landscape has changed. My daughter’s cup runneth over with amazing role models, magazines, movies, TV shows. I have you all to thank for this. (Thank you all for this!) But being such a kick-ass generation of role models comes with the burden of responsibility. There’s a short story by Delmore Schwartz called “In Dreams Begin Responsibilities.” I love that phrase—to me it means that rising up and creating the future you imagine for yourself and for humanity takes a lot of work. Nothing big, wonderful, life-altering, and revolutionary happens without it. It’s really, really hard, and it’s worth it.

You girls are a tribe. It’s so beautiful and incredible to see, and oh man do I wish I’d had what you have when I was in my teens. Don’t waste this. You’re an army! You have power. Take your power, gather your ranks, organize, and use your collective voice to change things! Pound the pavement with your friends. It doesn’t matter what your politics are—find a candidate who speaks your language and cares about what’s important to you, and volunteer for them. Write letters! Write blogs! Raise money for issues and candidates you care about! Find out how you can help, on election day, to monitor polls in your city and make sure everyone’s voting rights are upheld! If any of you are in Virginia, or will be in Virginia on election day, let me know. I will be there campaigning with a big ol’ group of folks and will be psyched to see you out there!

All My Love,
Sarah Sophie

Here are a few sites to get you started:

Rock the Vote
The League of Young Voters
Black Youth Vote!
Young Politicians of America
The League of Women Voters
National Organization for Women
Youth Service America
Do Something
A long list of student organizations

And a great book: A Young People’s History of the United States by Howard Zinn. ♦

Sarah Sophie Flicker is a performer, director, aerialist, designer, writer, and filmmaker. She is the creative director of the Citizens Band, half of a filmmaking team with Maximilla Lukacs, a contributor to HelloGiggles, and editor at large for Lula magazine.