The Drama I’d Been Craving

I wanted to be Rayanne Graff, but I should’ve listened to Brian Krakow. 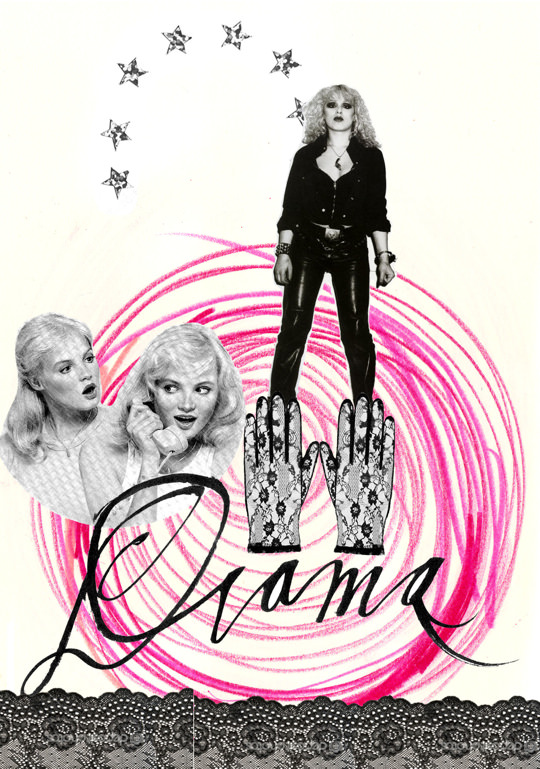 “These people are just sad–I do not understand your obsession with them,” my mom said after walking in on my millionth viewing of Sid & Nancy during the summer between my sophomore and junior years of high school.

I’d first rented the movie because I loved the Sex Pistols, but it was the titular romance that captivated me. It started out so sweet. There’s this scene, where Sid Vicious and Nancy Spungen are kissing, and Nancy tells Sid to kiss her toes, and he rips a hole in the bottom of her fishnets and does exactly that. Things quickly spiral out of control, though, until finally, they’re both nodding out in the Chelsea Hotel and Nancy begs Sid to die with her and he stabs her in the stomach. Their relationship was thrilling, and then dangerous, and yet I romanticized it. I even named my cat Sid.

So I just rolled my eyes when my mom asked me how I could possibly adore something so destructive and awful. I didn’t have answer. I couldn’t quite explain why I was so addicted to damage and drama, and how that addiction had grown over the years.

Or maybe I did know. Nobody thrills to stories about average, well-adjusted people, which I learned in the fifth grade, when I started reading the Sweet Valley High books and watching the original Degrassi TV series and Beverly Hills, 90210. 90’s Dylan McKay—a brooding, wealthy, motorcycle-riding surfer–was one of my very first crushes, and I identified with his on-and-off girlfriend, Brenda, in a lot of ways. I, too, was a theater-loving Midwestern girl with dark brown hair, and I was the new girl in town (though I’d moved to a suburb of Chicago, not Beverly Hills). As I watched their romance unfold, I started to long for one just like it. I loved how Dylan came off as a tough loner, but at the end of the his first episode, we see him sad and alone (and wearing very ’90s overalls) in his fancy hotel suite. Later in the first season, he loses his temper in front of Brenda and smashes a planter. She runs away, but then he catches up to her, holds her, cries, tells her he’s sorry. I desperately wanted that—the bad boy with sharp edges that only I could soften, someone with hidden complexities that I alone could unearth and help him deal with.

By the end of my freshman year, I’d met a couple of Dylan McKay types, but none of them saw that I could be their Brenda. My life didn’t seem like an actual life. The only ups and downs I was experiencing were via these shows I was watching, these books I was reading. I grew terrified that when I looked back on my teenage years, they would be totally boring, filled with studying, reading, and TV, and devoid of stories of my own.

Fast-forward to the beginning of my sophomore year of high school, when a new show about teenage life premiered, one that was a lot more realistic than the soapy 90210. When I watched the first episode of My So-Called Life, I could hardly believe my eyes, because there on the screen was a girl who was exactly like me. Here’s the thing, though—while a lot of girls admired the lead, Angela Chase, or at least related to her, I wanted to be her best friend, the bad girl Rayanne Graff.

My all-time favorite episode of TV ever might be MSCL’s “Other People’s Mothers.” This is the one where Angela is enamored of Rayanne’s mom, who allows Rayanne to throw killer parties when she isn’t home, but then Angela’s mom has to help Rayanne after she ODs. I mean, deep down I knew that nearly ODing was NOT fun, but I loved watching characters, even those I adored as much as Rayanne, get themselves into (and out of) terrible situations.

As viewers, we were presumably meant to understand that Rayanne’s struggle with alcohol and Dylan’s temper were not desirable things. They were “troubled,” and their actions had consequences–we’ll never know if Angela and Rayanne ever became close again. But at the same time, we weren’t meant to identify with the quiet, careful characters: 90210‘s Andrea Zuckerman or MSCL’s Brian Krakow or Freaks and Geeks’s Millie Kentner. We weren’t enthralled by their academic standing and good behavior. A lot of the time, the main characters wanted nothing to do with them.

I’m not sure how conscious I was of this at the time, but I began to model my own life on the shows I was addicted to. I got what I thought was the highest compliment in the world during my Sid & Nancy summer. I made a new friend, Isabel,* and a friend of hers observed that Isabel was Angela and I was Rayanne. This was meant to be an insult, or at least a warning to Isabel that I was wild, crazy, and potentially dangerous—but I was thrilled. I loved—or at least told myself that I loved–when people talked about me and spread rumors that I was a junkie and/or a slut. I had the illusion that I was in the center of something exciting because I was surrounded by drama, but really all I was doing was piling misery on top of misery.

My So-Called Life never made it past its first season, but in my late teens, I played out Rayanne’s story. I was secretly cutting myself and sliding out of control, drinking more, doing drugs, and having disastrous relationships with Dylan-like boys, even though my mother kept trying to tell me they weren’t worth it. “Sometimes still water does not run deep, Stephanie,” she’d say. “It’s just really murky and dirty.”

Of course, it turned out that being Rayanne Graff and dating Dylan McKay was not as much fun as it looked on TV. Fighting with my boyfriend constantly and dealing with the aftermath of the trouble we got ourselves into was exhausting and miserable. I enjoyed watching their fuck-the-world attitude play out on screen, because it reflected how I felt inside and provoked feelings in me that I didn’t have words for, and it was oddly consoling to know that however messed up I was, I wasn’t as messed up as them. But my mom was right: Sid and Nancy weren’t strangely dangerous. They were sad.

Though I’m not generally the kind of person who has regrets, and I tell myself that all of my experiences shaped me into the person I am, if I could go back in time and whisper in the ear of 15-year-old me as she sat down to watch My So-Called Life for the first time, I would tell her to be herself–an Angela–and maybe listen to Brian Krakow, her careful, in-love-with-her friend, every once in a while. In writing about some of the stuff I’ve been through, I don’t want to perpetuate the myth of excitement that attracted me to these stories in the first place. It took a long time to recover from all that I’d done to myself, and I’m so much happier now that the drama is back where it belongs in my life: in books and magazines and on my television screen. ♦