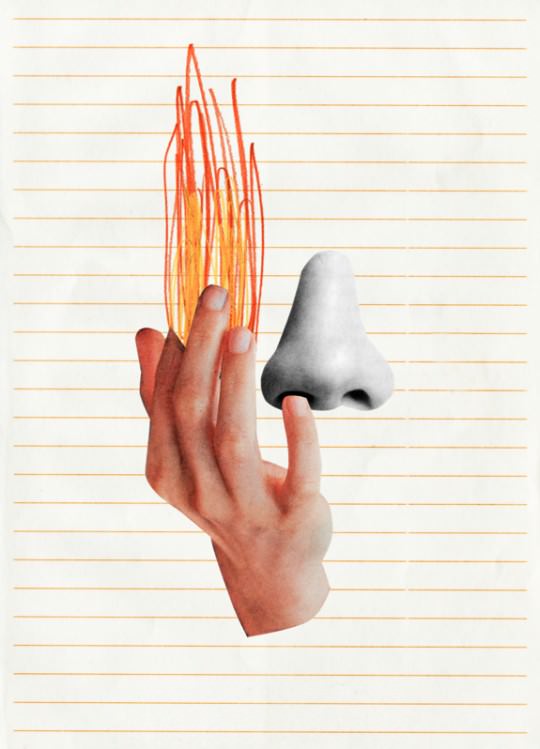 Etgar Keret writes short stories that are little fables that don’t teach you anything except how complicated it is to be human. If you live in Israel (and we know that thousands of you do: Google Analytics magic!) you don’t need to be told who he is; he’s the country’s biggest literary star. The rest of us are still catching up. If you’re not familiar with his work, listen to Tavi reading Etgar’s short story “Glittery Eyes,” from his collection The Nimrod Flipout:

Etgar sent us these 10 rules for writers, but they’re not really rules. They’re not things anyone else ever tells you about writing. They’re like his stories—not what you’re used to hearing and not the usual lessons, and you can’t stop thinking about them afterwards.

1. Make sure you enjoy writing.
Writers always like to say how hard the writing process is and how much suffering it causes. They’re lying. People don’t like to admit they make a living from something they genuinely enjoy.

Writing is a way to live another life. Many other lives. The lives of countless people whom you’ve never been, but who are completely you. Every time you sit down and face a page and try—even if you don’t succeed—be grateful for the opportunity to expand the scope of your life. It’s fun. It’s groovy. It’s dandy. And don’t let anyone tell you otherwise.

2. Love your characters.
For a character to be real, there has to be at least one person in this world capable of loving it and understanding it, whether they like what the character does or not. You’re the mother and the father of the characters you create. If you can’t love them, nobody can.

3. When you’re writing, you don’t owe anything to anyone.
In real life, if you don’t behave yourself, you’ll wind up in jail or in an institution, but in writing, anything goes. If there’s a character in your story who appeals to you, kiss it. If there’s a carpet in your story that you hate, set fire to it right in the middle of the living room. When it comes to writing, you can destroy entire planets and eradicate whole civilizations with the click of a key, and an hour later, when the old lady from the floor below sees you in the hallway, she’ll still say hello.

4. Always start from the middle.
The beginning is like the scorched edge of a cake that’s touched the cake pan. You may need it just to get going, but it isn’t really edible.

5. Try not to know how it ends.
Curiosity is a powerful force. Don’t let go of it. When you’re about to write a story or a chapter, take control of the situation and of your characters’ motives, but always let yourself be surprised by the twists in the plot.

6. Don’t use anything just because “that’s how it always is.”
Paragraphing, quotation marks, characters that still go by the same name even though you’ve turned the page: all those are just conventions that exist to serve you. If they don’t work, forget about them. The fact that a particular rule applies in every book you’ve ever read doesn’t mean it has to apply in your book too.

7. Write like yourself.
If you try to write like Nabokov, there will always be at least one person (whose name is Nabokov) who’ll do it better than you. But when it comes to writing the way you do, you’ll always be the world champion at being yourself.

8. Make sure you’re all alone in the room when you write.
Even if writing in cafés sounds romantic, having other people around you is likely to make you conform, whether you realize it or not. When there’s nobody around, you can talk to yourself or pick your nose without even being aware of it. Writing can be a kind of nose-picking, and when there are people around, the task may become less natural.

9. Let people who like what you write encourage you.
And try to ignore all the others. Whatever you’ve written is simply not for them. Never mind. There are plenty of other writers in the world. If they look hard enough, they’re bound to find one who meets their expectations.