No Shame in Your Game

Sexism in gaming culture: a rant. 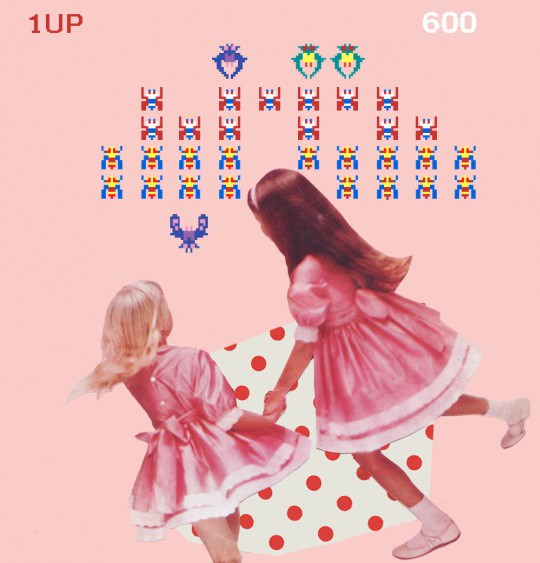 I’m a female with a podcast about video games, so I am frequently asked tough questions: “How do I get my girlfriend to like video games?” “Are you a ‘real’ nerd?” “How do we fix sexism in the gaming world?”

My answers to those questions are, in order: “Start with two-player platformers,” “What?” and “I wish I knew.”

Gaming culture has traditionally been a male-dominated arena, and as women have entered and taken up space in this arena more and more, there have been several ugly instances of sexual harassment. In February, at a live-streamed Capcom fighting-game reality show called Cross Assault, a female player named Miranda’s own coach made so many disgusting comments to her and about her that people calling in to the show started questioning his behavior. The coach, Aris, didn’t back down—instead he insisted that sexism was just part of the fighting-game community, and that it was “ethically unjust” for people to tell him to stop. Miranda ended up forfeiting every match in protest, but luckily, she hasn’t given up on the fighting community.

In June, when Anita Sarkeesian of the blog Feminist Frequency announced a Kickstarter for a video series she wanted to make exploring tropes of women in video games, the tirade of hatred released on her was staggering. People left threatening comments on the YouTube video for the project and altered her Wikipedia so that it was continually filled with insults and pornographic images. Gamer trolls were furious with her. The good news: Even more people were furious with those trolls. Anita was looking for $6000 for her project; she ended up with $158,922.

Anita started out just wanting to look at sexism within games themselves, but clearly the issue goes beyond female characters in fighting games being dressed inappropriately for the match. It’s a big problematic cocktail of young men who haven’t yet learned how to interact with (and compete against) females, sexist portrayals of women in games, and the anonymity of the online community. I don’t tend to play a lot of video games against strangers online, partially because the people who do tend to spray hatred like champagne on New Year’s, but I do often appear in YouTube videos that are video game–related. Some comments under those videos say I’m funny, but most of them refer to my appearance, something my male co-host does not experience. On my podcast, there are occasional calls for me to be replaced by someone “who knows what he’s talking about,” and here’s another curious thing we’ve noticed: Whenever anyone says anything emotional on the show, it is almost always attributed to me instead of the dude who said it. Other than that, I mainly encounter surprise—surprise that I’m buying games for myself at the store; surprise that I, and not the dude I’m with, want to play the demo games at PAX.

I don’t know how to fix sexism in gaming, but I have a few thoughts on how I personally handle sexism, as I’ve been a girl my whole life, and a gamer for most of it. In no way do I speak for “all women” here—just myself—and in no way am I implying that the way I handle things should be the way that other girls or women handle themselves. Judging women for the way we deal with being harassed or assaulted heaps another layer of “your fault” on us.

I think about power a lot, and the way power shifts among people. I am acquaintances with mostly men—more specifically male comedians—and the signal that they accepted me was when they finally started making fun of me (constantly). My huge, weird laugh, my bad jokes, the runs in my tights—nothing is off limits to these guys. But as harsh as their jokes can get, never once have I felt threatened. The power differential between me and my friends is that I am a woman and they are men, and the golden rule of giving people shit is that the person with more power does not exploit what gives them that power when joking with a person with less power. (Not very catchy, I know.) If you are about to say, “But me and my closest friends make fun of each others’ genders, ethnicities, or weird deformities!”—let me stop you there. I do that too, and it’s awesome, but that’s something you save for people you’re very comfortable with—not acquaintances, and certainly not strangers.

In the gaming world, I see sexual harassment as both a power issue and a product of pure laziness. Some dudes are threatened by girls who play video games, and are too lazy to come up with actual insults based on how you’re playing, so they say disgusting things based on your gender instead. These guys may protest that they’re just trash-talking, and to them I say that if you need to try to intimidate a girl to beat her at a game, you should get better at video games (and at trash talk). Side note: if you find yourself fighting for the right to sexually harass another human being, take a step back and really look at yourself. You’ve missed a step along the way.

But I digress. What concerns me, besides these guys’ behavior, is when their harassment works. I’m not saying that gross, callous, sexist remarks shouldn’t hurt, but it’d be a good idea for us to recognize that a sexist remark is, at its core, an attempt to shift the power differential. And we cannot let it stop us.

Ladygamers, we cannot stop gaming because of these dudes. Yes, the gaming culture should change, but it cannot change without our involvement. We have to be there, front and center, letting morons know that their behavior is not OK, but also that it’s not going to stop us. Not letting a sexual harasser’s words affect you doesn’t mean that you condone their behavior, it just means that you refuse to let some d-bag have the authority to stop you from doing what you want. Acknowledge harassment as an attempt to take some of your power away from you, and then tell it “no thank you” or “FUCK OFF,” depending on how you’re feeling. Never stay in a situation where you feel physically unsafe or miserable, obviously, but online, we need to get in there, stretch out, take up some space, and let everyone know we’re not going anywhere. If we treat sexual harassment like a big deal, it grows in potency and takes up more room in our minds and our fears—more room than it deserves.

Now, sexual harassment is, of course, a really big deal. So how do you shrink down its influence on you? This is a double-edged sword. When we’re sexually harassed and we try to laugh it off or ignore it, that’s used as evidence that we like it or at least that we know it’s all just fun and games; and when we are bothered and speak up about it, that’s used as evidence that women are too sensitive. Both accounts are wrong: we are laughing because we’re uncomfortable but still trying not to embarrass your dumb, unfunny ass; and we’re not too sensitive, you’re just too dense to realize how threatened you are by us. You’re also not realizing what it feels like to be a female, to have to consistently monitor your own safety, to have to be judged based on your appearance every day, and now, to have to put up with your “hilarious” comments.

When I am confronted with sexual harassment while gaming, I tend to go with a few sarcastic lines that I hope let the person know that they’re being stupid and that I’m not affected by stupidity. I usually start with: “Nice one, real original,” then proceed to “Shut up and focus,” and finally, if they won’t shut up, I put these words in their mouths: “Ooooh, you’re different from me and I don’t know how to express myself.” (Bonus points if you’re kicking ass in Halo Firefight at the time.)
These tend to work for me. The last line often results in a dude’s calling me an asshole, which I see as a victory, because “asshole” is a pretty ungendered insult!

I said I wouldn’t speak for all ladies, but I may try to here: it’s not that we want to be treated like porcelain creatures, fragile and easily upset. We certainly don’t. We also don’t want to be sexually threatened just for existing. There must be some middle ground here: How about treating us as equals?

Giving up something you enjoy because of someone else’s attempt to make you feel small is giving that person some of your power. If you experience sexism while gaming, you don’t have a responsibility to stay and take the abuse. You have a right to advocate for yourself, and you have a right to game however you want. Let’s keep our power and our controllers. ♦