May the groove be forever in your hearts. 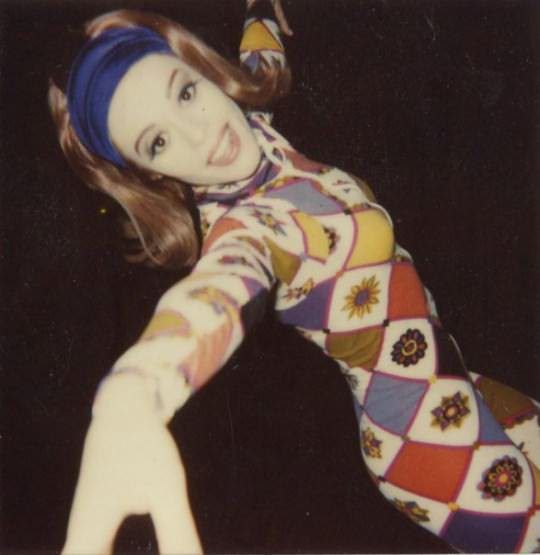 1990 was a really important year for me musically. For the first time ever, I emptied out my piggy bank and paid for a cassette tape with my own money: Digital Underground’s confusingly named Sex Packets (I never did learn how to do the Humpty Dance, nor what a Sex Packet was). I was convinced that Madonna’s “Vogue” was the pinnacle of human musical achievement—even if the video was totally not as good as “Like a Prayer,” cuz that shit was deep. And an amazing song was released, with a video that would provide me with enough giddy ’60s fashion inspiration and fly dance-move fabulousness to last a lifetime. That song was “Groove Is in the Heart” by Deee-Lite, and its lead singer, Lady Miss Kier, quickly became my own personal proto-Spice Girl, the pop idol against which all other pop idols would forever be judged. If you are not already singing “Groove is in the hearrrrr-r-r-r-rt” in your head right now, then do yourself a favor and watch this video:

LMK was born Kierin Magenta Kirby (like, of course her given name was also fabulous) in Youngstown, Ohio. She moved to New York to study fashion design at FIT and began selling her crazy, disco-inspired clothes to friends she met on the club scene: e.g., silver platform boots and blue glitter suits—and that was just for the dudes. One of her clients, the Russian DJ Dmitry Brill, convinced her to record a demo with himself and the Japanese DJ Towa Tei, and thus the three-headed hydra of disco-house-funk amazingness known as Deee-Lite was born. 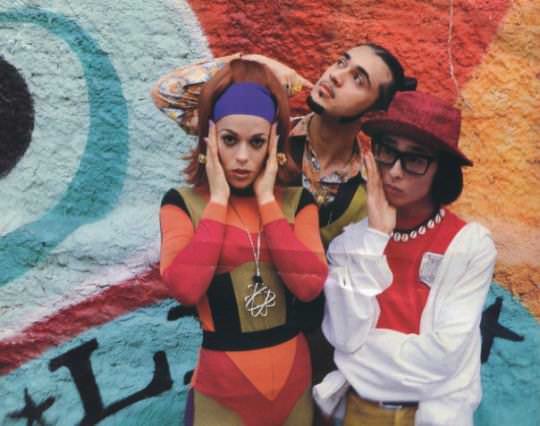 Adopting the name Lady Miss Kier and styling her band in addition to co-writing their songs, Kirby transformed herself into the ultimate club diva. A lot of people were working the colorful retro-’60s thing at the time, but she was the most fabulous of them all. With her penchant for skintight Pucci catsuits, oversize chunky cocktail rings, sculptural John Fluevog heels, and a teased-and-flipped hairdo, LMK was largest-than-life in a scene where EVERYBODY was competing to look the craziest. 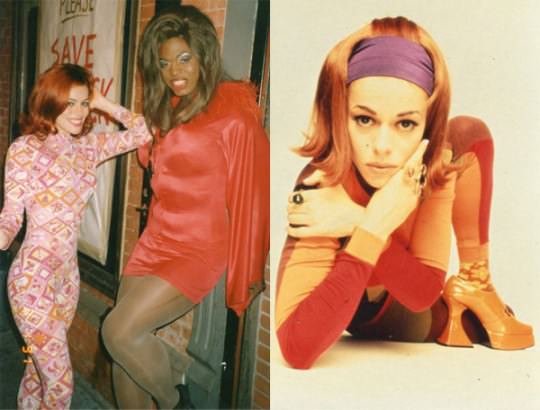 Can we also talk about her makeup? With her white-powdered face, razor-sharp drawn-on brows, and three-inch fake eyelashes, LMK was like a female drag queen. I could say a whole lot of Feminist Theory 101 stuff about how her over-the-top makeup was like an ironic commentary on the construction of femininity in our culture, but I’ll spare you my second-rate Judith Butler spiel and just say that she looked really freaking fabulous: 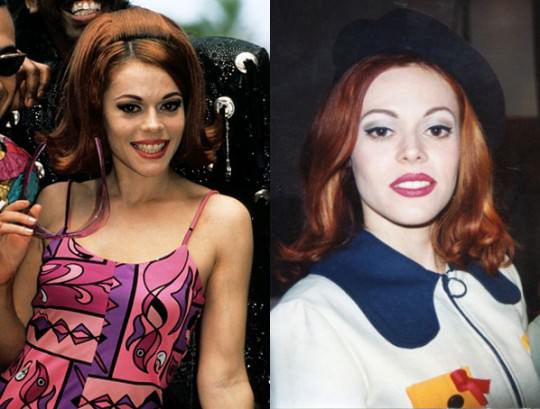 The question is: can one be inspired by Lady Miss Kier without looking totally crazypants? To this I say: don’t fear the crazypants, man. Wear your chunky-heeled sneakers, your glittery tights, your PVC pinafores (if you’re so lucky as to find them) with pride! You want to be the most fabulous, not the most adept at blending in with the wallpaper. Do not shrink from the kook—let it envelop you. 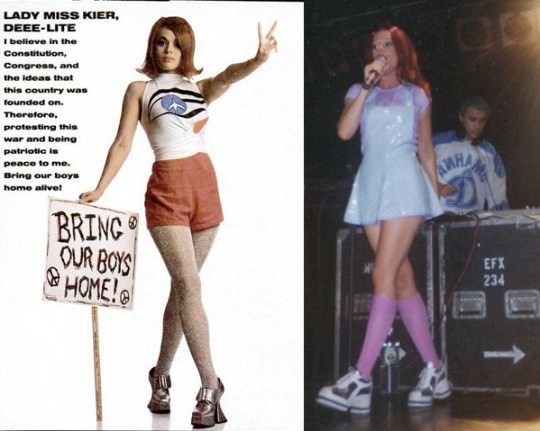 Oh, and don’t be afraid of a liberal dose of Disney Princess pink, either: 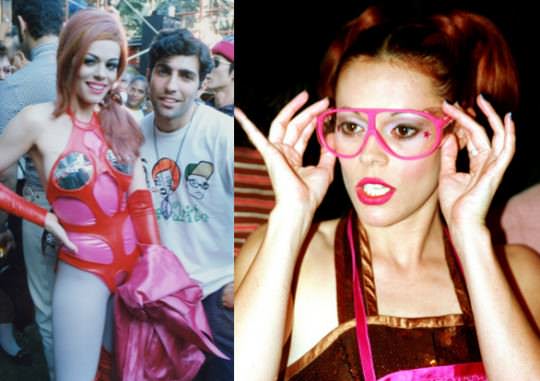 You need look no further than the Prada Fall 2012 runway to see that batty geometric prints and flared ’90s heels are back in a pretty major way: 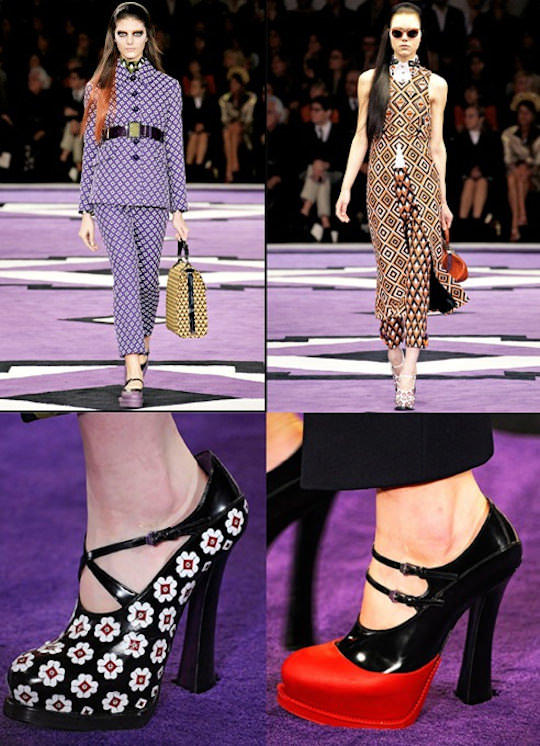 But, true to LMK’s DIY roots, let’s see if we can’t re-create her loopy club-kid look for less, shall we? 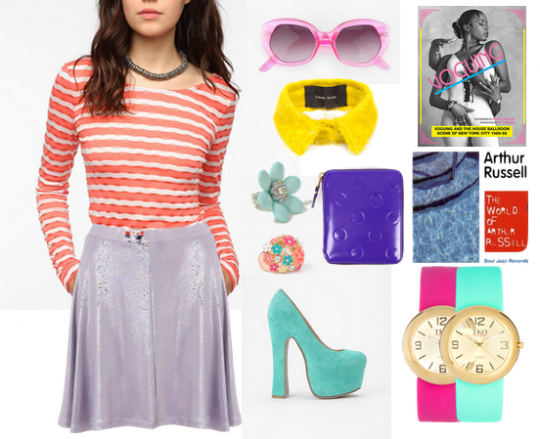 Then rat your hair, throw in a gigantic headband, and show off your disco genie moves. Lady Miss Kier would most definitely approve. 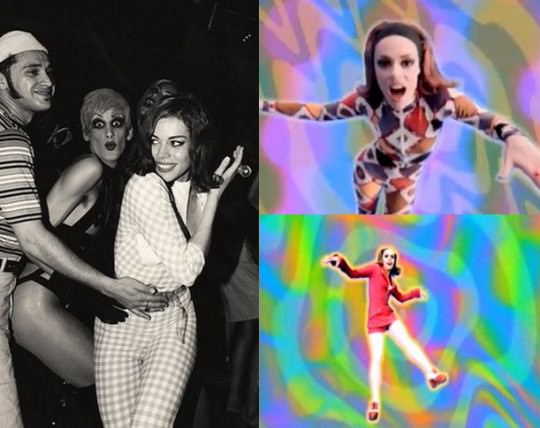 Via, clockwise from left: Come Spy With Me, Low Resolution, Mama Pop.