Or at least a little less of it. 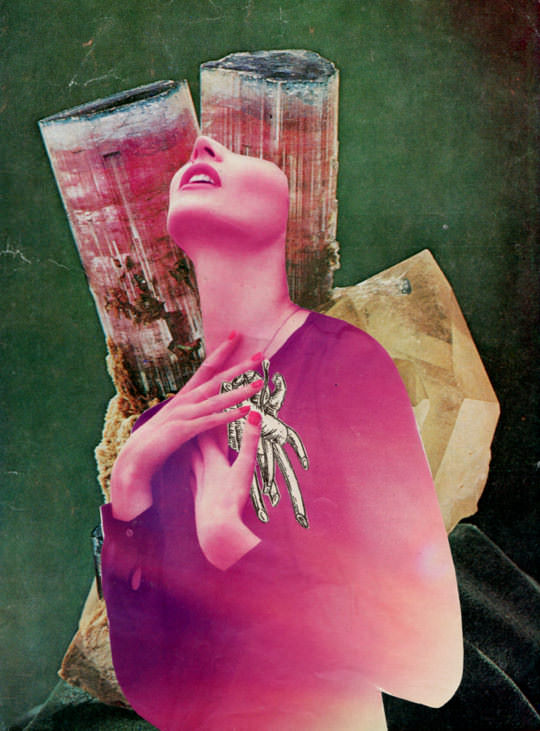 I don’t know when I developed my intense love of personal drama. This is troubling because, if I can’t pinpoint the origins, I have no one and nothing to blame it on. What did this to me? What set me down this dark road?

If I have to locate the source of the problem, I’m going to say that I blame the Columbia House record club. Specifically, I blame it for giving me a nominally free copy of the first album from goth-pop sensation Garbage.

I know, I’m a little embarrassed. But at 13, I loved that album. It was scary: dark and violent and full of loudly announced feelings. Shirley Manson commanded people to bow down, threatened to light their house on fire, and–when someone dumped her–proclaimed that “you crucified me, but I’m back in your bed, like Jesus Christ coming back from the dead.” This is the goofiest lyric I’ve heard that doesn’t appear on a Nine Inch Nails album, but there you go.

The ’90s were full of women like this, I soon learned. Unhinged emotion was sort of the look back then. The Hole album was ruled by milk and blood and sick and death. Tori Amos had all of these feelings, all of the time, and when someone hurt those feelings, she growled that she wanted to “smash [their] faces.” PJ Harvey wanted to make someone lick her injuries, or else cut off their legs. Fiona Apple was a tangle of resentment and self-laceration.

I loved all of it. And when I combined all these dramatic and semi-murderous ’90s ladies with a steady stream of 19thth-century novels in which women ran mad on the moors or burned down their husbands’ mansions, and a hefty dose of fire-and-brimstone ’70s feminism, I came to one very clear conclusion: in order to be a strong woman, one needed to be dramatic as all hell.

So that’s what I became. I proclaimed every single one of my opinions–woe betide the man who brought up Eminem or George W. Bush in my company; the Eminem discussions were often enough to make them hide from me for days. And if you did not want to hear them, I proclaimed them louder. And if you so much as gave me a dirty look, I would track you down and announce that this was a look of the kind I would not stand for, and we were going to discuss it right now. Every fight with a friend became an epic battle of tears and guilt trips. I was incapable of accepting any insult, intentional or otherwise, as a minor deal, and so we had to Talk It Out right then and there, often while in mutual hysterics. If any boyfriend was slightly unsatisfied with me and/or my behavior, I would toss my head, hold my chin high, and proclaim that I was what I was, and if he didn’t like it, he should just leave and date someone boring. (Some of them actually did, which always somehow surprised me. They had a great out, too, because they could just wait until I said it, knowing full well I didn’t mean it, and then go, “You said it first, it’s mutual, OKTHXBAI.”) I could not leave a fight unpicked.

Until one day, when my friend Meredith said that she’d had to describe me to someone else and that what she’d said was, “Sady’s the kind of person who has…nemeses.” Which I did. Lots of them by that point. Turns out I wasn’t getting a reputation as a strong woman. I was getting a reputation as an asshole. And so it was time to rid myself of drama.

This was not remotely easy. In order to rid my life of unnecessary arguments, for example, I actually had to rid my life of people for a while. I deleted my personal blog in June 2011. I stopped going to big parties. In the case of some contentious relationships, I actually sent e-mails saying that I didn’t like how I behaved in our conversations, and I’d prefer it if we didn’t speak to each other. In my quest to rid my life of drama, this was a very dramatic step to take.

I don’t recommend total seclusion. It’s not practical. But at the time, I was learning to tolerate being alone with myself. I was good at asserting myself, but I sucked at setting boundaries. Everything that came through my head came out of my mouth. I needed to be isolated to learn that I could still have my feelings and that those feelings were still valid, even if I didn’t share them. Once I knew that, I could be wiser about what I chose to share.

The next thing I did was learn to meditate. I started by reading Thich Nhat Hanh, because the feminist and anti-racist writer bell hooks called him one of her best teachers. Then, since I do not want to learn any spiritual or personal tactic exclusively from the dudes, I started reading Pema Chödrön, one of the more popular female writers on Buddhism, whom I liked because of her emphasis on compassion and not reacting impulsively to bad situations, and also because she said her first spiritual awakening happened when she found out that her husband had been cheating on her, at which point she threw a rock at his head. This seemed very relevant to my own project.

Now, meditation is not for everyone. But I’m telling you about it because there is one skill that it can teach you. What you do when you meditate is listen to yourself. You breathe, and you listen, and when a thought comes up, you just say, “I’m thinking,” and let go. This causes you to hear, much more clearly, the thoughts that you do have.

When I took time to hear myself, I could hear how many of my problems were self-created, and I realized how much time I spent thinking about what a dick X was, and why Y would never like me no matter what and it was just so unfair, and why Z couldn’t be trusted. (Chödrön calls these “story lines,” the little movies we make out of our lives in our brains.) And often, I had no real idea what X, Y, or Z actually thought. I was just assuming. So when I caught myself thinking about someone else’s feelings–feelings I didn’t actually know, seeing as how I am not Deanna Troi–I would just remember that I was only thinking. This was the second important thing I had to learn: most drama starts in your own head. And most of it should stay there.

All of this sounds pretty inward-looking and vague. And it was. I had to actually nurture those skills–setting boundaries and not immediately trusting every reaction–for some time before I was ready to practice them in the world.

Actually, you may not need to imagine. It’s the most common response. If someone is aggressive toward you, every cell in your body, trained from caveman days to respond quickly to threats, will tell you to be aggressive right back. And yet caveman days are long gone.

When someone said something mean, I would literally meditate at the computer screen until the urge to respond drained from my body. Often, I could even feel some compassion: no one tries to pick a fight if they’re having a good day and/or life. Once I’d learned this skill, I could take it to work, use it at parties, and navigate awkward conversations with friends or my boyfriend (which were the toughest confrontations–strangers don’t matter, but the people you love do). When things got drama-worthy, I would sit there, and I would breathe until I didn’t need to fight.

I had never tried this before, because I thought it was weak. I thought that if I didn’t confront people, I would be letting them get away with cruelty. Lots of folks scoff at the “ignore the bullies” approach. It’s true: some jerks don’t go away if you ignore them. But the vast majority of them do, especially the ones who feed on attention, or who want to see you embarrass yourself by yelling back. Bullies are just people who want to make an impact, and hurting people is the easiest way to do this while getting the biggest reaction.

Not immediately reacting is not the same thing as not reacting at all. If you really need to set someone straight, you’re much more impressive if you do so calmly. Also, if someone keeps talking crap and you keep ignoring them, OR–and this is a more advanced tactic—you compliment them, it is my experience that this drives the other person absolutely effing bonkers. Which is very gratifying. When I figured this out, I figured my days of drama were done.

Well, sort of. I glided along for some time in this perfectly drama-free and calm lifestyle until I realized something: when I gave up entirely on drama, I’d also sort of given up on being an interesting person. I missed the old me, the one who would never back down from a fight no matter how uneven the odds were or how ridiculous she looked. I missed being the sort of person who could let herself be passionate, even if it didn’t always meet with approval. Mind you, I had more conversations instead of arguments, and they were less awful because I had actually learned to get out of my own narratives and start listening to people. But everywhere around me, people were leading these highly dramatic lives: falling desperately in love, being heartbroken, engaging in blood feuds with the people around them. Meanwhile, I was intentionally out of the loop, tamping down every instinctive response, glorying in my serenity. And it’s true: I was serene. I was also much happier. But I was isolated, sitting out of debates lest I get too invested, denying my dislike of very unlikable people, because I was afraid it would take over my brain again.

There’s no such thing as perfect calm–that’s my point here. Calm itself is imperfect; life needs snags and problems or else you have nothing to do but sit there. I don’t know what to do with this information. Most days, I just sit there and listen to ladies yell about their feelings through my headphones. But when and if something big comes up, I know that I can decide whether to respond. As to whether I will? Well, you know, I’m keeping my options open. Life is nothing without at least a little drama. ♦