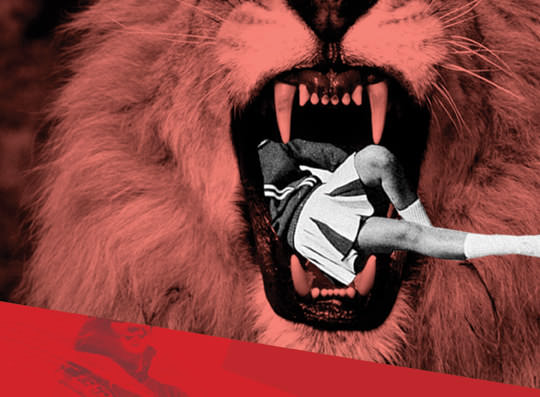 Gerard Cole used to love football. Now, he only loves the Carnegie twins. And not just for the same dumb reasons as everyone else does. They were beautiful, yes. They were rich, yes. And there were two of them–yes, yes! But they were also the nicest girls at Riverside High. They were nice to everyone, even Gerard.

Angie Carnegie waved to him from the sidelines, where all the cheerleaders were stretching and drinking pink Gatorade. Gerard waved back, aware that a huge dumb grin was probably taking over his whole face. Being a water boy may lack prestige, but it more than made up for it in proximity to cheerleaders. In one month, Gerard had talked to more girls than he had in his entire life. But the only ones he cared about were the twins.

They were both on the squad, but Angie was the only real cheerleader. Brittany was the mascot. She spent every game stuffed inside an immense lion suit. It seemed like a crime to hide such a beautiful person inside an ugly, smelly costume, but Brittany never complained. She actually liked being the mascot. She always said it made her feel like “a big, cuddly stuffed animal.” The twins looked so much alike that this was the only time Gerard could ever tell them apart: Brittany was the one with the enormous lion head. He didn’t like thinking of them as individuals, though. He was always relieved at the end of the games when Brittany emerged from the mascot suit, unrecognizable from her sister once again.

Gerard looked around, expecting to find Brittany bouncing around, doing her usual routine. Instead, he saw her on the bench by herself. She was just sitting there, the bulbous lion head drooping a little on her shoulders. Gerard squinted, noticing the bulging nose and comically huge eyes, which suddenly didn’t seem so comical. They seemed…Gerard didn’t know what. A little weird, a little vacant. He looked around. No one else seemed to be noticing Brittany’s sudden lack of energy. He shrugged to himself, and turned his eyes back to Angie–lovely Angie, with her bright smile, and yellow-and-blue pom-poms.

Nobody cares about pep band, thought Benny Flax. Their conductor, Mr. Choi, hadn’t even bothered to show up to the game, which meant they sounded even worse than usual. Benny watched from the flute section as the frazzled assistant shouted, “Halftime! Don’t leave your instruments unattended, please! Come on, Jaime, don’t leave your trumpet on the ground. It’ll get dirty. Or stolen.”

Benny smiled to himself, remembering the Mysterious Case of the Stolen French Horn. It had been his first (and only) mystery solved as the founder and president (and, at one time, sole member) of the Riverside High Mystery Club. He had quickly apprehended the horn thief, an inept eighth grader who thought he could melt it down to gold. After this coup, Benny had expected Mystery Club membership to instantly swell. But the only change was that now everyone called him Scooby-Doo. Benny shouldn’t have been surprised. He’d always been…well, if not quite ostracized, more like vaguely dismissed by his classmates. He was the only Jew in a school where 90 percent of the student body were members of FCA, the Fellowship of Christian Athletes. Benny didn’t particularly covet a place among their popular ranks, but he had to admit that being called Scooby-Doo was annoying. Fred and Velma were the ones who actually solved mysteries on that show. Scooby was a foolish nuisance who freaked out at the slightest provocation.

The Mystery Club’s goofy reputation wasn’t helped by the fact that the only new member since the French horn incident was Virginia Leeds–the strangest and most annoying girl in school. Honestly, Benny would have preferred being in a club by himself, but for whatever reason, Virginia was determined to solve a mystery. Maybe you should start with the Mysterious Case of Your Annoying Personality, Benny sometimes thought, though he’d never have said it out loud. The key to dismissing someone, Benny knew from years of getting the same treatment, was to act like you couldn’t be bothered to take the time to actually insult them.

A loud cheer went up from the stadium as the cheerleaders got in formation. They always did the same halftime dance to that song about trying not to ejaculate. Benny began cleaning the headjoint of his flute. But in the course of several seconds, he sensed the mood of the stadium shifting. The clapping became scattered, and the cheers turned to murmurs.

“What’s going on?” someone asked. He looked up from his flute. The song continued to blare from the speakers, but the cheerleaders had stopped dancing. They were turning around in circles, looking lost and disorganized. Then he realized why: the mascot was out of control.

“What’s happening out there?” someone was shouting. Other people were laughing. “The mascot’s on drugs!” The cheerleaders yelled, “Get back in line, Brittany!” But the great lion continued to lurch across the field, leading with its heavy plastic head in a zigzagging path. The football coaches stood on the sidelines, debating whether to intervene.

Benny stood on the bleachers, observing the scene. At first glance, the mascot seemed to be running wildly, with no direction. Benny squinted at the field, focusing on the lion’s feet, the way she placed one in front of the other. She’s trying to get somewhere, Benny thought. He scanned the football field, trying to see where she could possibly be going. There, he realized. She’s heading for the woods.

He dropped his flute on the ground and set off running.