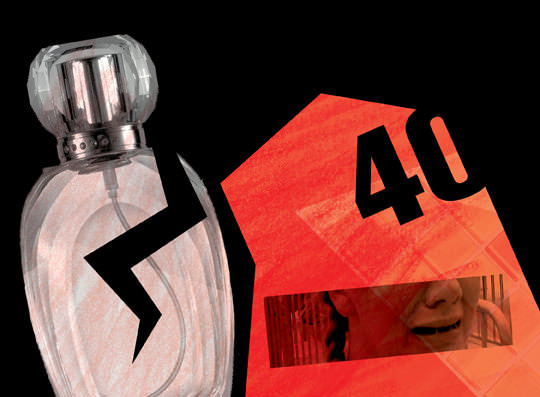 Skylar Jones sat in the dark, blinking back tears. He was in the equipment closet, watching The Lion King on Mr. Rashid’s laptop. The circle of life—it was so beautiful! Skylar swiped a match against his pant leg, preparing to light up for the third time since breakfast. On a day like this you really couldn’t be too high, Skylar figured. Everyone was talking about how Brittany Carnegie jumped off the bridge in her mascot suit. About a hundred people had seen her do it. Skylar shuddered, not wanting to think about it. He turned up the volume on Mr. Rashid’s computer. Hakuna matata, right?

Ding ding! It was the little bell at the front desk. Skylar considered ignoring it. The school was barely functioning today. Half the student body hadn’t even shown up, and the other half was crowded into “grief circles” in the Guidance Hall. Ding ding! The bell rang again. Skylar sighed and paused the movie. He poked his head out of the closet to see who was there. Great: it was that Scooby-Doo guy, and that god-awful Virginia Leeds. Just being in the same room with Virginia was a buzz kill. She’d had worked at the A.V. desk for a few weeks at the beginning of the semester, and she’d driven Skylar crazy. The A.V. lab had always been Skylar’s place to chill out, but Virginia’s vibe was anything but chill. She’d talked incessantly, and she was incredibly nosy. He’d even caught her going through his backpack once. When he asked her what the hell she thought she was doing, she’d said, “I’m just trying to get to know you!”

And now here she was, leaning across the desk and holding a small digital camera. “Skylar, tell us who checked this out,” she demanded. “We found it, uh, on the ground. It has a library barcode…. Are you crying?”

Skylar wiped his eyes. “Shut up.”

“It’s OK to be one with your emotions,” Virginia said.

The Scooby guy looked impatient. “Yes, yes, everyone’s upset. So can you tell us who checked it out?”

“You just found it on the ground?” Skylar asked. “Why do you care who checked it out?”

“Why do you care that we care?” Virginia said.

“If you could just check,” the Scooby guy persisted.

Skylar sighed loudly and scanned the barcode on the camera. He squinted at the computer screen. “Um… nobody checked this out. Well, not a student anyway.”

“Well who, then?” Scooby said.

“Who, who, who?” Virginia demanded, leaning over the desk to see the computer screen for herself. Her elbow bumped a cup full of pens.

Skylar swatted her away. “Quit, you’re knocking things over.”

Virginia grabbed the camera and started walking off with it, followed by her nerdy friend. “Thanks, Skylar.”

“Hey, you have to give that back,” Skylar shouted after them. They ignored him. He sighed and returned to the equipment closet, resolved not to come out again until he was high enough to tune out this entire day.

Virginia stood at the mirror, spritzing herself with perfume. I can’t believe I used to think Skylar was cool, she thought. She’d applied to work at the A.V. lab in September because Skylar Jones had seemed like the most mysterious boy in school. He was a senior, he wore sandals, and he had a bumper sticker on his car that said “The Tao of Chill.” Virginia had started the school year determined to be his girlfriend. She spent every free period in the A.V. lab, probing Skylar’s mind for the mysterious, philosophical thoughts that she was certain must be in there somewhere. But after a few weeks, Virginia learned the important lesson that some people who seem mysterious are actually just incredibly stoned.

Virginia eyed the camera in her backpack. Mr. Choi? she thought for the hundredth time. It still seemed too weird and random to be true. Why would Mr. Choi have been videotaping the bridge? Had he known, somehow, that Brittany was going to jump off?

“That smells really nice,” came a girl’s voice from inside one of the stalls.

“Thank you,” Virginia said, taking a final spritz of the perfume.

“Can I use some?” The stall door swung open, and a tall blond girl stepped out, dramatically wobbling on a pair of high heels. One glance at her face and it was obvious that the girl was way on drugs. But for once Virginia reserved her snotty judgments, because this wasn’t just some druggy lowlife skulking in the girls’ room. This was Angie Carnegie.

Virginia’s mouth hung open stupidly for a moment. What is she doing here? Half the school was missing today, and Angie was the last person anyone expected to show up. And who could blame her for wanting to drug out—only why was she doing it at school?

“Uh, sure,” Virginia managed to say finally, holding out the perfume bottle.

“Thanksss,” said Angie. She reached out and swiped the perfume, then immediately dropped it. The glass bottle shattered on the filthy bathroom tiles, and within seconds the air was thick with the pungent smell of perfume. Angie looked at her hand confusedly, as if she expected the perfume bottle to rematerialize. Then she burst into tears.

“I’m so sorry!” she cried out, crumpling to the floor. The perfume’s smell wafted up from a puddle on the floor.

“Whoa, it’s OK,” Virginia said, coughing a little from the smell, and wondering if she should go get a guidance counselor.

“I’ll pay you back!” Angie said, sobbing into her knees. “How…how much was it?”

“Forty dollars?” Angie gasped. “Jesus. Where am I going to get 40 dollars?” Then she collapsed in tears, burying her face in her hands.

Virginia felt her lip curl in irritation. She’d been prepared to excuse Angie’s histrionics, but this was just insulting. Where was Angie Carnegie going to get 40 dollars? She could probably just reach up her ass and pull out 40 dollars.

Angie snapped her head up, a ferocious look in her eyes. “Well isn’t that your privilege?” she shouted. “NOW GET OUT OF MY FACE!”

Virginia stumbled backward, startled by Angie’s outburst. “Sorry,” she muttered. The heavy perfume was making her dizzy. She turned and ran out the door, taking a deep breath of the fresh air in the hall. The door was whooshing shut behind her. Virginia looked back for a second—and immediately wished she hadn’t. It was possibly the saddest thing she’d ever seen: Angie Carnegie weeping on the filthy bathroom floor in a puddle of perfume.