How to Turn Your Tights Into Knee Socks 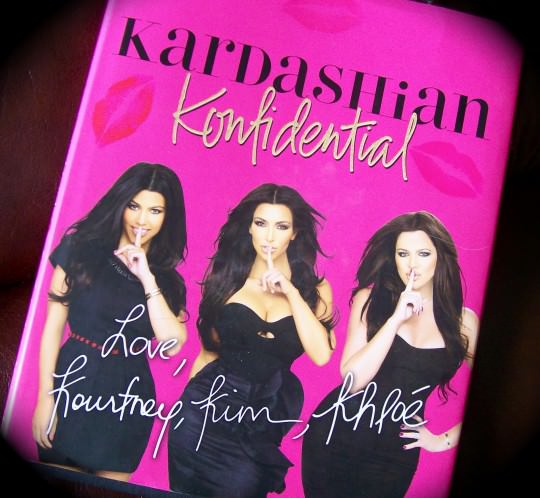 One afternoon, when I was doing research for my recent novel, about a Hollywood starlet, I read Hedy Lamarr’s memoir, Ecstasy and Me: My Life As a Woman, in a single sitting. I don’t think I even took a break to pee. The scene I remember most vividly was about Lamarr getting some glamorous studio portraits taken, and she seduces another young actress on the set. Sexy! Lamarr later claimed the action in the book was made up by a ghost writer (she has rampant sex with both men and women, and is generally a badass), but I choose to ignore that. Either way, Lamarr’s book got me all hot and bothered about movie star memoirs, which are, yes, Literally the Best Thing Ever.

These books fall into lots of categories—salacious, phony, ghostwritten, hilarious, terrible. Here are a few standouts to get you started.

Smart Women Who Actually Wrote the Books Themselves Category:
Tie: Lauren Bacall’s National Book Award–winning By Myself, Katharine Hepburn’s Me: Stories of My Life. These are good for Old Hollywood details, but tend to stay away from the truly dark stuff. Imagine hearing stories told by the most glamorous, cool grandmothers in the world. Bacall’s first paragraph recounts her 15-year-old self smoking a whole pack of cigarettes in the balcony of a movie theater.

Tiny Rebel Zone:
Drew Barrymore’s Little Girl Lost. Here are some excerpts from this book’s Amazon reviews: “Fasanating. I read this book 5 times in High School.” “Drew Barrymore is to be congratulated. Her honesty is painfully refreshing and hasn’t been seen lately since the new Star Jones book…” What more do you need to know? Is it great literature? No. Will you flip through and love every minute of it? Yes. Bonus points: the cover features a photo of Poison Ivy-era Drew, a personal favorite of mine.

Cute Boy Division:
Rob Lowe, Stories I Only Tell My Friends. Here is Lowe on JFK Jr., whom he greatly admired, from the first chapter of this book: “Sometimes he and I would both appear on those shameful lists of ‘Hunks.’ (Could there be a more degrading or, frankly, gross word than ‘hunk’? Hunk of what? Hunk of wood? Hunk of cheese? Yikes!” Nice humblebrag.

Memoirs by Actual Writers Who Happen to Also Be Celebrities:
Tina Fey’s Bossypants, Steve Martin’s Born Standing Up, Patti Smith’s Just Kids, just to name a few. These people are famous for being writers, so their books don’t really count as movie-star memoirs. Their books are great, but they’re supposed to be, so no big whoop. (Read them anyway, though; they’re so worth it.)

A Couple to Avoid:
I tried to like sTORI Telling by Tori Spelling and Kardashion Konfidential by everyone favorite’s reality TV sisters. I could not do it. These kinds of books would drive me crazy before I sold my novel. A publisher bought this drivel, I would think, and no one’s bought my book? Is there no justice in the world? However, there is some feather-light pleasure to be had in leafing through the Kardashian book, which includes previously unseen photos from Kim’s 72-day marriage to Kris Humphries and a guide to the sisters’ “private language.”

If you make it through all of these and are still hungry for (slightly more objective) more, it’s time to hit the biographies (which are written by other people, not the stars themselves). These are less goofy, but the truly well-written and -researched ones are made of pure gold. A few of the greats are Sam Irvin’s Kay Thompson: From Funny Face to Eloise, about the Hollywood actress who also created my favorite children’s book character; Furious Love by Sam Kashner, which is about the love affair between Elizabeth Taylor and Richard Burton; and Rin Tin Tin: The Life and the Legend by Susan Orlean, which is about, yes, the famous acting dog! ♦