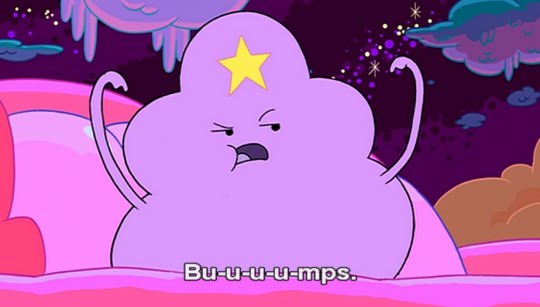 I’ve officially been an adult for a while now and, at this point in my life, I feel like I should probably be balancing checkbooks, talking about government policies, and using the word Machiavellian correctly (apparently, “This chicken salad tastes Machiavellian” isn’t acceptable). Instead, I watch Adventure Time—the cartoon equivalent of being given the most perfect and satisfying high-five of your life. The show, which debuted on the Cartoon Network in 2010, is about the weird and whimsical escapades of pals Finn (a human) and Jake (a dog). Thematically, though, it’s about friendship, heroism, magic, and the awesomeness of swords, quests, and tricked-out tree houses. Among all of the many quotable and quirky characters that inhabit the fantastic Adventure Time universe, though, there is one who really embraces the theatricality of everyday life. She’s sassy but sensitive, confident but adaptable. She’s a purple, cumulus-cloud-looking teenager from an alternate dimension where having a smooth, human-like body is unattractive. Her name is Lumpy Space Princess (or LSP), and she’s my girl.

She isn’t in every episode of the show—in fact, she isn’t in most of them—but when LSP is present, she dominates. Sure, part of that has to do with how self-involved she is, but it’s also because everything that comes out of her mouth is fascinating, strange, and giggle-inducing. The brilliance of this character is all wrapped up in her jaded, Valley girl twang—her other wonderful, endearing, funny qualities are rooted in the attitude and melodrama inherent in that inflection! The person behind that inspired vocal performance is the show’s multitalented creator, Pendleton Ward (who I imagine must lubricate his throat with aloe vera water or warm honey to achieve that bratty timbre). LSP’s voice gives exclamatory catchphrases like “Oh my glob,” “What the lump?” and “Drama bomb” legs. But really, her voice is so amazing and distinct that ANYTHING that LSP says is a catchphrase, which, I think, qualifies her as one of the most remarkable characters in TV history.

LSP has been known to share intimate details about her relationship with her ex-boyfriend Brad (whom she used to eat chili cheese fries with—so clearly things were super serious between them!). The moments when these juicy slivers of her romantic history pop up are more engrossing and intense than an episode of Degrassi. In Adventure Time’s first season, we learn that Brad is dating LSP’s best friend, Melissa, and in the third season, we find out that LSP broke up with Brad because he kissed her…on the mouth! Explaining the aftermath of the kiss, she says, “I was like, ‘Bleh…bleh…bleh…’ and then I was like, ‘Oh gross, go away, Brad!’ And he was like, ‘Obvi, you’re not ready for me.’”

LSP has a way with words (obvi!) and no one can tell a story quite like she can. Not many people recognize and then interpret the gravity of situations like LSP does. Once, she ran away from home and lived with a pack of wolves in the woods. Everything was fine at first, but then, as LSP put it when recounting the tale to Finn and Jake, “the drama started.” The wolves started cheating on one another—Jessica made out with Mark behind Tony’s back! That is, one of the wolves licked another wolf, as wolves are wont to do. These weren’t talking wolves, they were totally normal wolves that behaved like totally normal wolves from the get-go, but she was able to pick up on this operatic narrative through their body language. She wasn’t fabricating meaning where there wasn’t any. As far as LSP is concerned, she’s just incredibly perceptive.

LSP is proud of her lumpy body and can often be heard saying things like “Everyone needs to know that when I work these lumps, no man is immune to their influence.” She can be spoiled and greedy, but when she’s called out on her bad behavior, she’s remorseful.

Like most great characters, LSP is unique, and so strangely loveable that you’ll want to buy or make keepsakes with her face on them and draw pictures of her in the margins of your notebook or on scraps of paper. Actually, she’s very easy to draw—you could probably draw her on accident—and that alone is one of the major reasons why LSP is the best thing ever.

LSP is this comically exaggerated version of a mercurial teenager. She’ll angrily yell, “Lump off, Mom!” and then—not 10 seconds later—ask her parents if she can borrow the royal car. She’ll get so jazzed about the weekly Promcoming Dance that she’ll lose the ability to form complete sentences, grunting, “Oh, oh, oh, oh, oh,” until roused from this trance-like state of excitement. 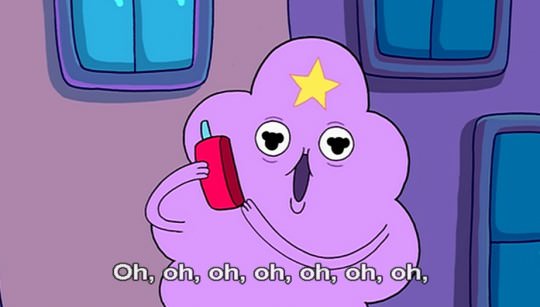 She’s deeply, deeply passionate, particularly about things that don’t actually matter. She is basically me circa middle school, when I openly and seriously pined for everything (from boys to pizza) and when moments that I now recognize were silly (a boy that I’d been stalking, smiling as he handed a math worksheet to me) felt like full-blown EVENTS, worthy of being shared with anyone who would listen. For me, part of growing up has meant losing that emotional rawness—taming it, I suppose. But LSP doesn’t censor herself—she wears her heart on her lumps, so to speak—and therein lies her charm.