I Was a Teenage Nihilist 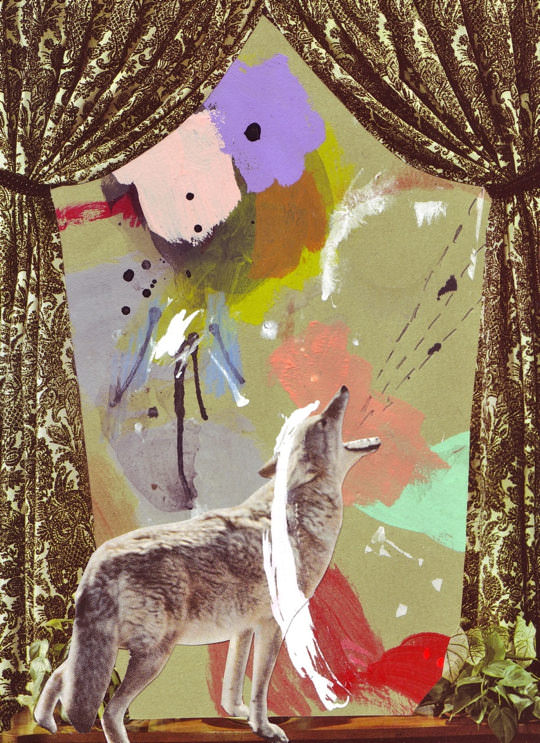 I got a D+ in Ms. Reed’s creative writing class in 10th grade. The reasons for this were numerous. I skipped school, failed to turn in my homework, and answered questions in a variety of foreign accents. I had a two-foot-long white wig that I liked to wear to class and that I refused to remove, even when it became yellow and stringy and covered in dirt. I used a Sharpie to write Nirvana lyrics on my arms, and on my desk, and—in a fit of inspiration—on the teacher’s desk. One day, during Ms. Reed’s explanation of the rhyme scheme of the sonnet, I stood on top of my chair and squawked like a bird. Then I shot a rubber band at her. For this, I got sent to the principal’s office.

Why did I do these things? I wish I knew. I think I realized that the classroom was an audience, and that I could get an immediate reaction to my performances in the form of laughter or shock. It didn’t matter how destructive these behaviors were to my academic standing.

My parents were convinced I was doing drugs.

The problem was much different than either he—or Ms. Reed—might have imagined. I had a secret: I was doing my creative writing homework. I was doing all of it, 10 times over. I wrote several collections of poems. Then a collection of short stories. Then I started a novel. But turning my work in? Impossible. I’d much rather circulate it among my friends and cultivate the image of the reclusive genius—the tormented writer who refused to bow before the authoritarian demands of the classroom environment. I was a rebel. A ’90s incarnation of a Beat poet. Like Marlon Brando in The Wild One, when they asked me what I was rebelling against, I’d say: “What do you got?”

There were three main reasons for this rebellion. First: I was gaining a reputation as an unpredictable kid at my high school. In a quest for identity, I desperately wanted to maintain this edgy persona. It put me outside of the social order, sure, but at least I was somewhere. Ever since I’d been a kid, I’d been interested in animal behavior, particularly the dynamics of the wolf pack. In the wild, I knew, packs are divided into the alphas, the betas, the subordinates, and the omegas. The omegas are an interesting case. They are picked on mercilessly by the other wolves—and they feed last at any kill. But they are also the jokers, clowns, and entertainers.

Teenagers are like wolves, and my high school was no exception. While I lacked the self-confidence to be an alpha, or even a beta, I certainly didn’t want to be a subordinate. And so I settled for this outsider’s place. I would make a spectacle out of myself. I would entertain.

Second, I lied to you earlier. I was taking drugs (of a sort). I was reading the work of the Parisian existentialists—the French writers from the middle of the 20th century who wrestled with nihilism and the question of whether life was, essentially, meaningless. Over the summer I’d read, in quick succession, The Stranger, The Plague, and The Fall by Camus. Then I’d read Sartre’s No Exit. Then I’d read as much Beckett as I could get my hands on. (Though he was Irish and never identified as an existentialist, he did live primarily in Paris and wrote much of his work in French.) I particularly liked his play Endgame, in which two elderly, legless characters spend the entirety of the play buried up to their necks in garbage, but still demanding to be fed. These works, I told my friends, were giving me great insight into the truth about humanity.

Third, and perhaps most important, I couldn’t turn in my homework, because I was writing love poems to Malia McCarthy. Reams and reams of dark love poems. Malia was pretty much the only girl who was nice enough to talk to me, and perhaps predictably, this niceness led to a crush—a crush of the epic, soul-eating kind, the kind that thrives in the halls of our nation’s high schools.

The sense that my hormonal drives were somehow wicked led me into a sad place. I was convinced that there was something bad about nearly everything that I was feeling. So, when Ms. Reed called for my homework, I had a decision to make: I could keep my transgressive desires to myself and add to my truant street cred. Or I could share them with a 50-year-old teacher who was in constant contact with my parents. You decide.

Of course now, looking back, I realize how silly all this was. The poems themselves were not that dark. They were not wildly transgressive. They were just wildly embarrassing. Nothing terrible would have resulted from my turning them in. As a matter of fact, I did probably hurt my chances of going to the kind of college I dreamed of attending (Yale, Harvard, Princeton) by nearly failing my English classes. I’m sure that when I wrote my essays about wanting to be a writer, the admissions officers looked at my terrible grades in creative writing and tossed my application in the shredder. And who would blame them? (Well, OK, I do still blame them, a little bit.)

I’m going to share a sample of two of the poems below. I warn you that I am doing this at great personal cost. These poems are humiliating. Oh, and formatting has been preserved!

Sometimes I feel like part of a freak show.
A lab rat captured under glass…

I am trapped in a display case.
My dreams billow through a pipe
to reality.
And I can only think of her seduction
in the afternoon
when the sunlight catches us in a torrid maze of honey…

In my childhood,
when I was six, maybe
seven, I found this puppy lying
in an alley.
And this puppy, his vocal cords
were cut and
his legs were broken.
He just rolled around on the ground,
whimpering in pain. And I moaned with him,
and the tears were so easy that
they shattered when they hit the ground.

I stand before you now, empty as a cave.
Carve my innards out to form my grave.

For the record, I would like to say that, at the age of six (or seven), my parents weren’t letting me wander through the alleys of downtown Seattle. (“Where’s Pauls, honey?” “Oh, I think he’s in that alley over there, where we saw the dead puppy.”) But I do remember sitting there at my dad’s circa-1983 computer and trying to conjure the most disturbing things that I could imagine. And I think I did a pretty good job–I definitely never saw anything remotely close to this image! I was trying to demonstrate, to anyone who’d pay attention, that I was an important writer. Someone who was worthy of adoration and fame and, most important, love. In a torrid maze of honey.

As for the poem, the tired phrasing and dramatic energy pour off of the page. And the couplet at the end is magnificently terrible, a combination of ugly language and foggy meaning. Carve my innards out to form my grave? What does that even mean?

Which brings me to an excerpt of the second poem:

Lost to the Dreams

I see you in my dreams, my love.
At first on swirling satin clouds.
A shroud of air clothes bare
your chiseled skin of stone.
We are alone.
In an empty
crowded
room.

Where devils of the mind and body dwell.

We melt together with a grace that comes from love.
With shaking hearts we reap the depths of soul…

If it existed, I would certainly submit “with shaking hearts we reap the depths of soul” to a Worst Lines of Poetry Ever contest. It might even win. Of course this was also a description of sex, which I find horrifying for a variety of different reasons, none of which I would like to enumerate now. I put these titles in my chapbook of poems (after “Catholic Heart,” but before “Metal Alloy Murder,” “Tears,” “Patches That Mirror His Soul,” and “amusing grief she speaks to me”). I then self-published this chapbook at Kinko’s and gave it to a few of my friends, including Malia. I’m certain she understood that they were, essentially, love poems to her.

Looking back on these poems 18 years later, I do realize something interesting. They are certainly first steps, explorations of form, content, and (admittedly grotesque) imagery. I am making stylistic decisions. I have decided to eschew traditional, left-justification in favor of the more freeing center-justification. (Yes, they are terrible stylistic decisions, but they are decisions nonetheless.)

As I read it now, I can see what I’m trying to do. I can see the chain of cause and effect. An event happens, its impact is felt by character—the basic demands of narrative are satisfied. Still, I do want to reach back through the years and give the sad, 15-year-old me a hug, tousle his hair, tell him that it’s all OK, and that, yes, he would have sex some day.

At some point recently, I got in touch with Malia again. We talked for a while and I asked her about the poems. Did she still have them? I wondered. “I won’t say that I do,” she said, “but I won’t say that I don’t.” Perhaps she’s waiting until I have a 15-year-old son—at which point she’ll use them as material for blackmail?

The fact remains, though, that I’m somehow a little proud of those poems. I went on to become a writer and, maybe more amazingly, a creative writing teacher at Lewis & Clark College in Portland, Oregon. Those poems were the beginning of learning how to write, and now I can’t help thinking: embarrassment happens when you become self-conscious. While in some ways those poems are outright lies, they are also raw and honest. They have the kind of freedom that dissolves with adulthood, that you have to work to return to as an artist.

I see the melodrama in the work of many of my students. I’ve read the equivalent of bloody puppies dying in alleys in my creative writing workshops over the years. But what I do now is try to help my students figure out what’s beneath that image, what that wildly active imagination is working toward. Because that darkness is impressive, at its core, and dizzying in its intensity. ♦

Pauls Toutonghi is the author of the novel Evel Knievel Days, which was published in July by Random House/Crown, and Red Weather.