A not-completely-unapologetic love letter to tabloids.

And There Were Stars in Our Eyes 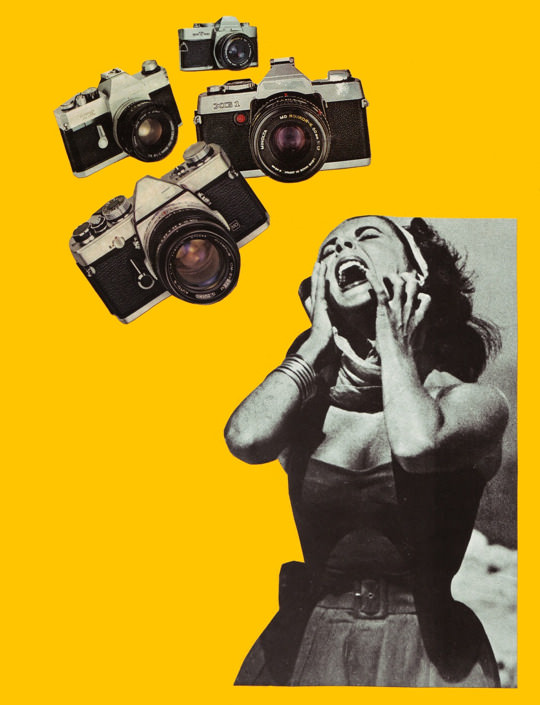 Last spring, I got invited to a party thrown by People magazine. It was at a bar on a high floor of a fancy hotel, with views of the Hudson River and the High Line beneath us. The room was crowded with celebrities both bookish (John Hodgman, Chris Colfer) and not (some Real Housewives, Tony Danza). I couldn’t care less, though, because I was more interested in the new issue of People that was available for free. It was the week after Drew Barrymore’s wedding, and she and her new husband were on the cover. Drew’s wedding album! I stuffed one copy in my bag and started reading another one immediately, leafing through to get to the pictures of her dress. Is it any of my business what Drew Barrymore wore to her wedding? Of course not. But I had to know anyway.

I am an otherwise mostly sane 32-year-old woman, but when there’s a celebrity breakup–Tom and Katie, Rob and Kristen–I turn into a gossip-hungry lunatic. It doesn’t matter that I don’t know any of these people personally. I know their important biographical details and box office smashes. I know about their honeymoons and their dog-walking routines and which gas stations they frequent. I know all of this because I’ve been coaxed by gossip magazines to think that I somehow have a right to spy on famous people for no reason other than that their jobs require them to be in front of a camera. Even though I know it’s disgusting and wrong, I can’t get enough. I normally don’t believe in “guilty pleasures,” but tabloids are a pleasure that I actually do feel guilty about.

Gossip magazines, though they may seem like the bedfellows of well-lit and false-eye-lashed reality television shows like Keeping Up With the Kardashians, are as old as the hills, and much older than The Hills. Us premiered in 1977, and became the country’s favorite weekly in 2000. Almost a century ago, Hedda Hopper and Louella Parsons duked it out for the position of queen bee of Hollywood gossip, writing blind and not-so-blind items about the stars of the day. When I was a child, the most entertaining part of any trip to the grocery store was when I got to spend a minute or two reading the headlines of the National Enquirer, which was as likely to report a sighting of Bigfoot or Elvis as it was a starlet’s cellulite. Their gossip always seemed completely fabricated, surrounded as it was by reports of UFOs. That kind of libelous news actually seems far less sinister than the kind we have today, with everything happening in real time on the internet. For every video Zooey Deschanel posts of herself singing on HelloGiggles, an act of endearing and cozy comfort with her audience, there are a thousand posts on Perez Hilton and the Superficialist, with actors and actresses looking pissed off at the stranger taking their picture. There is an enormous gulf between what people in the public eye choose to share (Zooey’s songs) and what they would rather keep private (Zooey’s divorce). It’s a confusing time to be a culture consumer, because we’re given both the self-disclosed intimacy of Twitter as well as the gigantic zoom-lens imposed intimacy of Kristen Stewart and that married guy sucking face in his car.

Jodie Foster wrote a beautiful piece for the Daily Beast about her Panic Room co-star Stewart’s current predicament—which, in case you haven’t been paying attention, is that she cheated on her boyfriend with a married man. She’s 22. Cheating is not good, especially not with a married man. Her boyfriend, who happens to be her co-star Robert Pattinson, her lover until the END OF TIME, broke up with her. End of story, right? Not if you’re a movie star. Kristen and Rob (can I call him Rob, just because she does, and it’s what his friends call him?) are co-stars in the Twilight movies, and the last one is coming out in a few months. That means they are stuck together for the foreseeable future, their fates and calendars joined at the hip. To make matters even worse, the glossy gossip magazines and websites won’t leave them alone, posting new pictures every chance they get—and we gobble it up. Perhaps you didn’t screech with a sick pleasure when you saw the issue—such a messy human drama unfolding!—but I did. In her piece, Jodie reminds us that “just to set the record straight, a salary for a given on-screen performance does not include the right to invade anyone’s privacy,” but I’m not sure anyone is listening to her, because all of us are crazed in our need to find out what happens next. Will he take her back? Will the married man get a divorce? What will Kristen do? Will this lead to a Linsday Lohan–style downward spiral? And have you seen the latest pictures of Amanda Bynes?

Because, oh yes, we’ve seen this all before. We’ve seen that adorable pistol Lindsay Lohan devolve into a specter of who she once was. We’ve seen her passed out, in car accidents, in court. We’ve seen her dressed up as Elizabeth Taylor, another actress who slept with a married man (more than one), and then steal him away for her own. It is said that Hollywood has no new stories, and just recasts them over and over again, dressing them up in new costumes, and perhaps that is also true of the stories off screen.

Two days a week, I work at a bookstore. Last Friday, Molly Ringwald came in to sign copies of her new book, a novel in stories. Molly and I, much to my continued amazement, are friendly both on the internet and in the world, and I was delighted to have her in the shop. As she and I were chatting, Molly signed the copies of her book, and all was well—until a creep with a giant camera started clicking away in the corner of the room. We all asked him to stop, but he didn’t. Eventually, Molly’s badass publicist forced him outside, but then he waited there, like a big-game hunter, until she came out.

I felt ill. It was invasive, and rude, and I couldn’t stop it from happening. I asked Molly if photographers bothered her often, and she said yes. She didn’t say more, because she didn’t have to. It was an unpleasant fact of life, that aggressive people would get in her way and take her photograph, whether or not she wanted them to. That photographer would then try to sell those photographs to various outlets, and they might end up in a newspaper or a magazine, maybe even in an Us Weekly that I would get excited about buying in an airport or on impulse while standing on line at Target.

Maybe the problem is that when we see the headline “Stars: They’re Just Like US,” we simply don’t believe it. It doesn’t matter if their hair is greasy and unwashed, or they’re wearing sweaty clothes after their Pilates class. We don’t actually believe that the stars are like us, because we see them on screen, because we’re looking at their photograph in a magazine, because together we have decided that we care what they buy at the convenience store (bottled water!), and whether they’re three seconds pregnant and haven’t even told their closest friends yet. Maybe we need to be standing at the next pump in the gas station when a star is snapped, or be behind them on line, buying tampons and milk, in order to believe that they are flesh and blood. (Of course, when the photos are printed, and only their shopping basket is displayed for millions to see, how are we to know that we were really there at all?) I feel sorry for Kristen and Rob, and for Lindsay, and for Molly, for everyone who has to put up with a camera in their face. But whose fault is it, if even I can’t turn away? ♦