The art of negotiation. 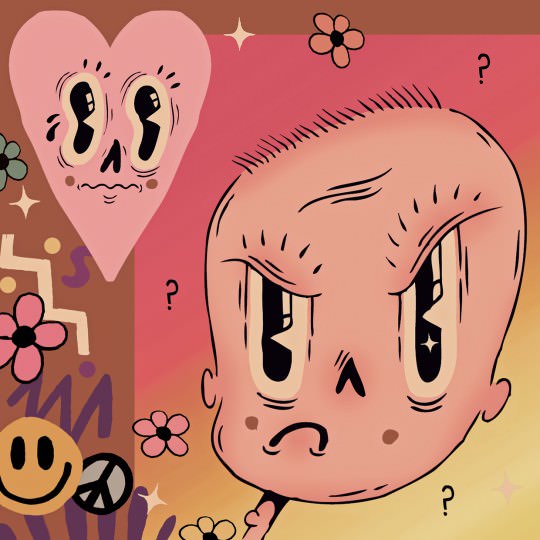 I remember my first successful negotiation very clearly. I was seven. I convened a meeting with my parents to recommend that my bedtime be changed from 8 PM to 9:30. I presented Mom and Dad with written terms explaining why extending my bedtime would be beneficial for our household and better for my grades, because I could stay up later to help tidy up and to read.

After listening to my parents’ concerns—mainly, that my later bedtime would make me sleepy and less focused during school—I confidently presented my case. To my surprise, I was granted a 9 PM compromise. The next year, I lobbied for 9:30 again after I learned that Rudy Huxtable on The Cosby Show was allowed to stay up that late. When my parents saw that my new bedtime privileges had resulted in better grades because I had more time to do my homework, they happily relented.

After that victory, I was hooked on playing with my bargaining power. Saudi Arabia, where we lived during my early adolescence, was the perfect place to learn to negotiate. The consumer culture there is fueled by bargaining, so I learned early on that salespeople at the souks and even at Diesel always had a “best price” to offer even when the price tag was labeled “last price” or “fixed.” I was expected to ask them, “What is your best price—for me?” They were never offended, but took this as an invitation to haggle back and forth until we reached a bottom line that we were both happy with.

In my teens, I found a fun outlet for practicing my negotiation skills when I participated in Model United Nations classes and debate conferences. I loved nerding out with students from neighboring schools to practice our bartering while pretending to be members of the UN Security Council. I was able to play-act the art of getting what I wanted, and learned along the way some strong diplomacy skills I could apply in everyday life.

And I took those lessons to heart. One time, I effectively argued to my boarding school administration that I should attend a rock concert on a verboten school night because Lenny Kravitz’s “deployment of religious imagery and progressive Christian allegory” fit in with our campus ideals. While a few of my classmates mocked me for what they thought was a preposterous argument, I went to the show with two friends and forgot the nay-saying when we were out dancing our buns off on a school night.

I was a girl who loved to negotiate without apology. It wasn’t simply that I was audacious (which I was)—I also recognized my own intrinsic value and acknowledged my strengths as a leader, a relationship builder, and a problem solver.

I have often wondered, as an adult, where that younger me is hiding, the girl who always insisted that cake be distributed evenly on birthdays, refused to wash dishes unless my male cousins were also asked to help, and demanded the same rate as the older babysitters in my neighborhood when parents tried to short-change me.

Over the years, I have become rustier in the art of unapologetically going after what I want. Some of the backlash I’ve gotten from the classroom to the office for doing what IMHO privileged white dudes have been celebrated for doing for years (asserting their expertise and value) led me to hide in my own cave for a while—and I’ve had to work hard to get reacquainted with my courage and “go for mine” without apology.

Even though I value being true to myself by honestly expressing what I want and need, I often feel anxious about doing so in real life. Maybe my apprehension emerged from post-traumatic break-up syndrome—I have been told by more than one ex that I am “high-maintenance” because I’m comfortable setting clear verbal boundaries, and I don’t always validate dudes like it’s my job. One guy said I was “rigid and inflexible” because I adamantly refused to agree to an open relationship after we’d dated exclusively for months; another told me that I was “too argumentative” because I dared to disagree with his politics in public. The first guy even told me he was turned off because he viewed me as “openly calculating and strategic,” which I had always though of as one of my best leadership qualities.

Sadly, my experience with this sort of criticism does not end there. I’ve received feedback from authority figures for being too audacious about speaking my mind out of turn. I’ll never forget being sent to detention for refusing to say “yes, sir” instead of a simple “yes” to a teacher during a short stint in elementary school in South Carolina. I felt the same sort of nauseating frustration when I heard that a former colleague talked smack about me to my peers for being “too outspoken” about diversity issues at our old job. I wasn’t surprised when this person later said that I would be more successful if I could take some cues from other staffers who put their head down and “took it.”

In all kinds of settings—school, church, office, family, etc.—I’ve noticed that when you’re a gal who isn’t afraid to dish out some real talk or get your hands dirty by navigating conflict instead of skirting around it, some people will try to shame you into reining in your personal power, silencing your voice, and thinking that it isn’t your place to speak.

Almost two years ago, on my 30th birthday, I had a meltdown about the perpetual lightness of my wallet. Once I was done crying and wailing, it dawned on me that as an adult, I’d always been really good at asking for things on behalf of others, but I would habitually apologize when I expressed a desire for something for myself. This problem manifested after I left the safe haven of my all-girls high school and entered first a coed college, then the workplace.

One glaring example of this new submissive version of myself appeared during a group project in college, when my partners were pretty lackadaisical about getting their assignments done. So I took the lead by creating a timeline, delegating assignments, and preparing a draft just in case my classmates didn’t deliver.

Most of the time I’m all about the team, but in this instance I wasn’t ready to relinquish Dean’s List status for a few slackers. To my surprise, my teacher took me aside and explained that he gave me a B+ instead of an A (even though the paper was “excellent”) because I hadn’t allowed the group process to work organically. He said that he was testing our ability to work in small groups, and didn’t like that I had taken over the project when other people weren’t stepping up. He suggested that I was “too assertive” and needed to “step back” more. Instead of revealing my true feelings, I apologized and asked for extra credit because I was afraid of hurting my GPA. For months, I was unable to forgive myself for refusing to push back and stand my ground.

While that incident taught me about the importance of teamwork, I was pissed that my male classmate who did the exact same thing with his equally idle group did not receive the same lecture. In fact, he was celebrated! He got one of the highest grades in the class. Sadly, I wasn’t surprised. I’d seen this happen too many times from the sandbox to the classroom to the office—a female who is outspoken is often considered “bossy,” while men and boys are viewed as ambitious. This double standard is especially pronounced when a woman of color assumes a leadership role—I’d be rich if I had a penny for every time I’ve heard women of color glibly referred to as “angry” or “pushy” because she has the audacity to state what she needs.