Songs that practically smell of greasepaint.

A few years back, I wrote a book about Stagedoor Manor—an absurdly awesome theater camp in the Catskill Mountains that’s been shaping hearts and minds (not to mention grooming talent like Natalie Portman and Robert Downey Jr.) since the 1970s. The book was called Theater Geek, and I spent three magical (yeah, I said it) weeks up at camp reporting on the ins and outs of the place. It was hard to leave at the end of the summer, and this crisp, fall weather always makes me wistful for Stagedoor Manor. Nothing brings back the smell of greasepaint quite like a showtunes playlist. Here are some of my favorite songs. 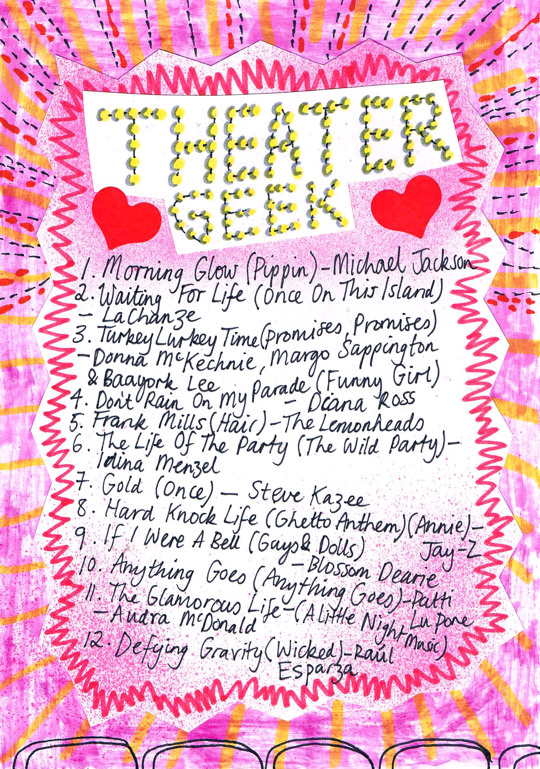 Mickey Rapkin is a monthly columnist at Elle magazine and a contributing editor to Bon Appétit. His first book, Pitch Perfect, about the competitive world of collegiate a cappella groups, which was the basis for the film, was published by Gotham Books in 2008. His work has appeared in GQ, the New York Times, Entertainment Weekly, and Details. He lives in Manhattan.

This playlist is generously sponsored by Pitch Perfect, in select theaters Friday, September 28. The content was produced by Rookie.