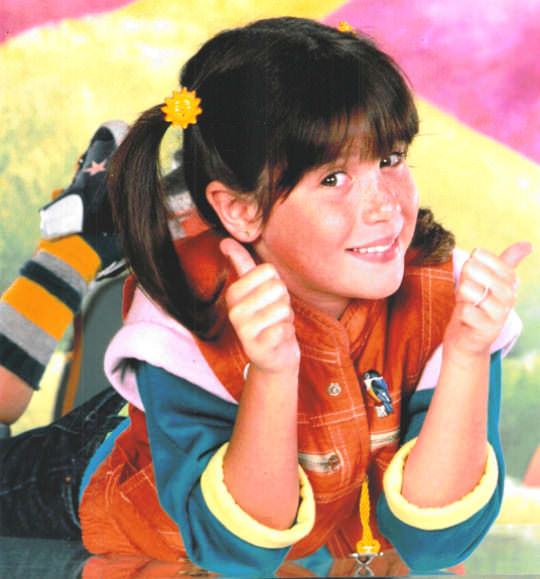 Sitcom writers realize that life isn’t all hijinks, laugh tracks, and catchphrases, so to show how complicated and raw things can be for folks out there in the real world, they give us what’s known as Very Special Episodes—occasional detours from the typical chipper, screwball plotlines that find the characters of our favorite TV comedies grappling with pressing social issues like underage drinking, drug use, homelessness, and the perils of hide-and-seek. These episodes are supposed to be educational and informative—they usually advocate tolerance, safety, individuality, and basic human decency. I certainly appreciate that well-meaning attempt to put something positive and edifying on our television screens. But there’s also a lot of sensationalism and Acting involved, so if you’re anything like me, and relish intense, emotionally charged scenes, but don’t actually want to experience any turmoil first-hand, then a Very Special Episode can seem like a gift from on high—a tiny dose of drama wrapped up in a convenient little package. Whether they ended up being corny, which was usually the case, or managed to be touching, these were, hands down, my favorite episodes when I was growing up, because everything about them was really, really big—the decisions, the themes, the performances! I was completely mesmerized by it all.

A Very Special Episode is going to be earnest, often overly so, and can feel a bit like an elaborate version of one of those role-playing exercises that kids are forced to do in school to make sure that they know how to resist peer pressure. In spite of this–nay, BECAUSE of this–they are insanely entertaining. When you’re maybe just a little bit younger than the episode’s targeted demographic, or you just aren’t cynical yet, or you simply aren’t aware of how truly dangerous the world can be, the plot is incredibly poignant, because whatever dilemma the characters are confronted with is legitimately terrifying. When I was about seven years old and watching a rerun of the classic ’80s sitcom Punky Brewster in which the titular, bubbly latchkey kid is eager to fit in with a group of cool sixth-grade mallrats who do drugs like it ain’t no thang, I was genuinely worried. Not just worried about little Punky—who, THANK GOD, makes the decision to “just say no” when she’s offered “grass, a few uppers, and a little nose candy”—but worried about my own future. All I could think was: Holy crap! One day someone is going to try to give me nose candy!

When they’re done well—that is, when all of the emotions seem authentic, the performances are on point, and the story is complex and actually reveals or builds character—it doesn’t matter how old or worldly you are. The brief departure from the usual light-hearted sitcom fun can tug at your heart and end up unearthing a totally new reason why this show that you love is so rad. One of the most moving television moments from my childhood was when Growing Pains’s Carol Seaver broke down after learning that her boyfriend Sandy (a very young Matthew Perry) had died in a drunk-driving accident. It was so devastatingly real!

More often than not, though, the episode is hokey, and that somehow ends up being wonderful too! The dramatic problems that befall these sitcom characters are usually solved through the power of friendship, love, and hugs. Obviously that’s not reality, but jeez, wouldn’t it be great if it were? My desire to live vicariously through Full House’s D.J. Tanner was only heightened when she unnecessarily and dangerously tried to lose weight quickly before Kimmy Gibbler’s pool party. Why? Well, because D.J. had a HOUSE that was literally FULL of people who have her back. D.J. was always going to be OK. Who wouldn’t want that kind of stability? The whole Very Special Episode phenomenon is at the root of this recurring fantasy that I have in which I wake up one morning in a non-specific panic, and Bob Saget, John Stamos, and Dave Coulier are sitting on the edge of my bed as that “precious moment” music crescendos in the background. The three actors help me work through my issues in 40 seconds. (I assure you, “work through my issues” isn’t a euphemism. I actually mean that they offer counsel and support.)

Because problems are resolved almost as quickly as they’re introduced in these episodes, and typically with some grand outpouring of emotion or over-the-top confrontation, these short stretches of seriousness can be unintentionally hilarious. The ultimate example of this is “Jessie’s Song,” the oft-quoted bit of Saved By the Bell melodrama that has straight-A student Jessie Spano struggling to balance her singing group, Hot Sundae, with her schoolwork. She turns to caffeine pills, has a meltdown, and cry-sings that infamous line: “I’m so excited, I’m so excited, I’m so…scared.” If Saved by the Bell were screened in a concert setting, this would be the episode that everyone would wave their cell phones and lighters to. It’s like the sitcom equivalent of “Freebird.”

You just don’t see as many Very Special Episodes these days, but if you’re in the mood for some, or just want to revisit the classics, here are a few gems (in addition to the ones that I mentioned earlier) that you might want to seek out.

The usual shenanigans: The Keaton family lives, learns, and loves (sha-la-la-la) during the Reagan era. Elyse and Steven are former Berkeley hippies who have two daughters, Mallory and Jennifer, and an overachieving Republican son named Alex (Michael J. Fox) whose conservative views clash humorously with his parents’ liberal ideals.

The episode: Over the years, Alex had his fair share of problems to contend with, dealing with the loss of his best friend in “‘A’ My Name is Alex” and pill addiction in “Speed Trap,” but here a pre-fame and kind of adorable Tom Hanks guest-stars as his alcoholic uncle Ned. In the most memorable scene of the episode, drunk Ned—who has resorted to guzzling vanilla extract because he’s run out of booze—flips out while having a late-night conversation with Alex. The moment is an incredible mixture of humor, tragedy, vulnerability, and for Alex, disillusionment. Also, the show was filmed in front of a live studio audience, and you can distinctly hear some kid laughing ridiculously loud at a joke that I’m pretty sure he was too young to fully get.

The usual shenanigans: Cory Matthews (Ben Savage) experiences the ups and downs of boyhood while neurotically making sure that his close-knit group of friends; his brother; and his middle school teacher, Mr. Feeny, never, ever, under any circumstances grow apart or try to meet new people or do anything on their own.

The episode: Child abuse, cults, drinking to cope with depression—there are actually several “issue” episodes of BMW, but I like this one best because Ben Savage’s real-life brother, Fred Savage, guest-stars, playing a college professor who initially seems really cool but ends up hitting on Cory’s girlfriend, Topanga.

The usual shenanigans: Raven Baxter (Raven-Symoné) is a psychic teenager who gets premonitions about future events that aren’t always as clear-cut in real time as they had seemed in her mind.

The episode: Fashion-savvy Raven applies for a job at a store, but isn’t hired. Her best friend Chelsea, who’s white, does get the job, even though she isn’t qualified. Later, Raven has a premonition of the store manager saying that she doesn’t hire black people. All of this is happening during Black History Month, which seems a bit contrived, but I dig it anyway because Raven dresses up like an old bald dude, and because it’s pretty bold for Disney. The company didn’t really tackle any kind of racial issues when I was a kid.

The usual shenanigans: Punky’s parents abandoned her, so she lives with her grouchy but softhearted foster dad Henry. It sounds depressing, but Punky is basically the coolest kid in the world, so normally everything ends up being really funny and cute.

The episode: When you start to Google “Punky Brewster” one of the top search options is “Punky Brewster refrigerator.” That’s how seminal this is. In the episode, Punky and her friends are playing hide-and-seek and her buddy Cherie decides to hide in an old discarded refrigerator. It ends up being the world’s worst hiding place.

The usual shenanigans: Will Smith is a streetwise charmer from a rough area of Philadelphia who moves in with his wealthy relatives in upscale Bel-Air. Sometimes his cousin Carlton dances.

The episode: On a personal note, my dad wasn’t around when I was growing up so, yeah, this is very special to me on a real level. But your life doesn’t have to parallel Will’s for the conclusion of this one—and it is a doozy—to make you come pretty close to sobbing. All I’ll say is that if you haven’t seen it, you should probably stop what you’re doing and watch it right now.

Over time, Very Special Episodes take on a mythical quality. These are the episodes that stick out in your memory when everything else that happened on the show sort of blends together. Because we can recall them so vividly and fondly, they end up bonding those of us who watch too much TV. Eventually, the weird tribulations that these beloved sitcom characters experienced will become fodder for jokes told while sipping on alcoholic beverages at grown-up shindigs where everyone drinking can legally do so, and no one will be pressured into drinking if they don’t want to, and no one will drive if they’re drunk. ♦