The Road Out of Grief

You just need a compass—Marcel was mine. 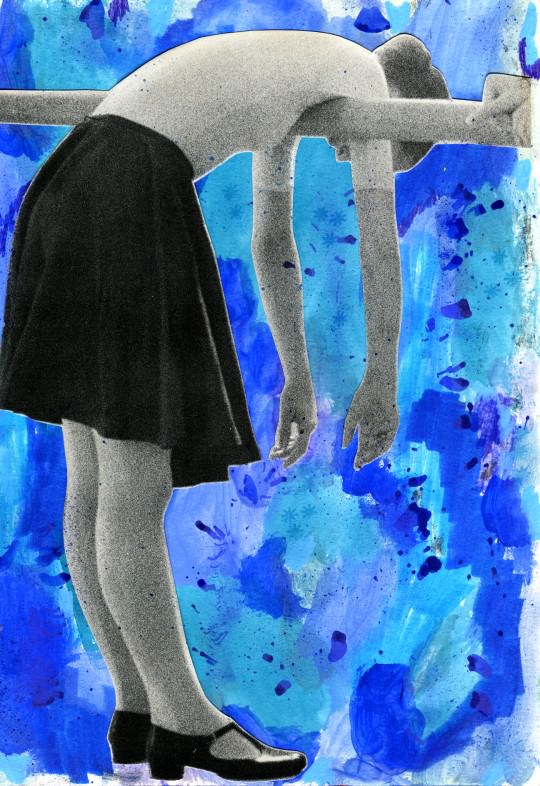 It was a Thursday morning in late June and I was at the administrative assistant job I hated, feeling extra antsy because I was so close to realizing my biggest creative dream—my first novel was coming out in 12 days! The only good thing about my job was that I’d accrued a bunch of vacation time, so I’d taken off most of the following month to celebrate my book release with a mini-book tour of the West Coast. I was pondering quitting the job upon my return, so I was researching how expensive it would be to buy my own health insurance when this message popped up in Gchat:

10:16 AM elizabeth: hey steph
will you call me when you get a chance
it’s important

Elizabeth* was one of my best friends from high school, like an older sister to me really, but we’d only recently gotten back in touch. I was a hard person to handle in my late teens—angry, depressed, erratic, drunk—and it had cost me a couple of my dearest friends. Elizabeth and I were working it out, though, and I was planning to stay with her during my West Coast trip. In fact, I was afraid that this “important” thing was her canceling on me.

Since I worked in a cube in the center of the office that completely lacked privacy, I went into my vacationing co-worker’s office to call Elizabeth. Even though I remember everything leading up to the phone call—the taste of my strawberry breakfast bar, clicking back and forth between my work email and my covert insurance search every time someone walked by my desk—I don’t remember the conversation with Elizabeth. What she told me didn’t hit me until I called my best friend, Acacia, to pass it on, mainly because Acacia made me keep repeating it.

“You should sit down,” I’d told her when she answered. Maybe Elizabeth had told me that. Maybe it was just what people always said on TV.

“I don’t want to sit down. I’m not sitting down,” she told me, defiant as ever.

“OK, but you should because…I just talked to Elizabeth. Marcel’s been on a road trip on his motorcycle. Last night he was driving through Montana, and there was an accident….Acacia, Marcel is dead.”

She was silent and then she said, “Marcel is what?”

“Marcel was in an accident. He’s dead.”

Silence. “Marcel is what?”

This fucked-up version of “Who’s on First?” went on for at least three more rounds. Acacia, the strongest person in my world, was broken by this news, and that broke me. Eventually I screamed at her, “Stop making me say it! Please, please stop!”

“I’m sorry,” she said, finally snapping out of it. “I just can’t believe it.”

“I know.” A world without Marcel seemed impossible.

We had geometry class together sophomore year. One day, Marcel burst out in laughter over nothing so loud and hard that our teacher made him leave. Our classmates stared at him in shock, but I laughed with him. So began our friendship.

I’d known who he was before that because you couldn’t miss him—he stood over six feet tall with bushy brown hair, and the hint of a smile that made you think he knew the world’s deepest secrets and its funniest jokes. He was an enigma. We both hung out at Scoville Park, where the punk-rock and indie kids gathered to smoke cigarettes and wallow in/savor our boredom and Marcel went to climb trees and statues like a monkey.

That year I was dating Greg, an emotionally abusive dickhead who wouldn’t let me be friends with any of his friends—except Marcel, because no one, not even abusive dickheads, could come up with a good reason not to be friends with Marcel. One day I came to geometry class wearing a silver ring on a chain around my neck. Greg had given it to me, saying he’d found it in his basement. As it turned out Marcel had left it there, which shouldn’t have surprised me since the ring was so big it wouldn’t even stay on my thumb. When Marcel explained that the ring was a gift from his mother, I started to take it off even though I knew I’d catch hell from Greg for giving away something he’d given me. Marcel, who had a knack for reading people like no one I’ve ever known, must have seen all of this in my eyes, because he told me I could keep it.

Several months later, after Greg and I had broken up, I tried to give the ring back, but Marcel said, “You still need it, and you should keep it as long as you do. ”

As soon as he said that, the ring was no longer an ill-gotten gift from a despicable person; it contained the strength and wisdom of the boy who acted as my therapist whenever we were alone in my car.

I held on to that ring through my turbulent late teens and early 20s. Then I went to visit Marcel at his new place in St. Louis. We stayed up until five in the morning talking about books, the ones we’d read and the ones I was writing—a path he told me he was proud of me for pursuing. He also gave me advice about patching things up with my old friends, like Elizabeth. When I gave him his ring that morning, he accepted it.

Even though we lived busy lives in different cities, I was certain we would cross paths again, because we always did. Marcel would always be there. He was my compass. He was sewn into the fabric of the universe, permanent as the constellations I’d spent all my life gazing upon.

So what do you do when the biggest tree in your world is felled and takes the sky down with it?

I walked for three miles, shielding my fresh tattoo from the summer sun that still had nerve to shine, listening to Automatic for the People by R.E.M. over and over again because I had such a vivid picture in my mind of Marcel in that T-shirt. I cried as I walked, especially when “Try Not to Breathe” came on, because I couldn’t breathe. There was this gaping hole in my chest, and even though I hadn’t smoked in six years, I bought cigarettes because I needed something to fill it.

Without planning it, Acacia and I met at Scoville Park under the tree where Marcel had talked the two of us out of running away when we were 16 and broken and angry. No one else could talk sense into us, but of course Marcel did, using some cryptic metaphor about ducks. We sat and smoked until she had to go back to work and I had to go to a book event that I felt like I couldn’t cancel.

I nearly broke down while reading at that event, because I realized that my main character’s father—a soft-spoken, intuitive, kindest-soul-in-the-world character who is tall with wavy brown hair—was subconsciously inspired by Marcel. I was comforted for a moment that a piece of his spirit lived in my book, but the absence of him in my life was still too fresh to appreciate that.