Inspiration from a not-so-innocent bystander. 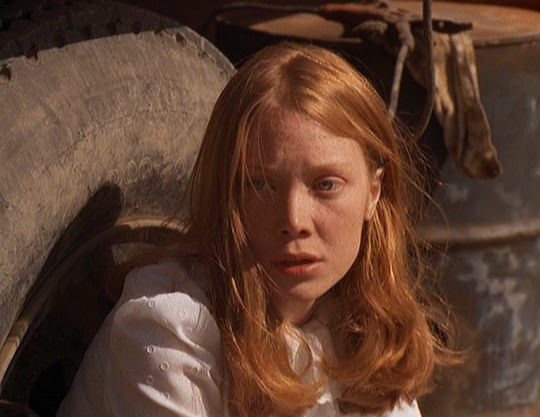 In Terrence Malick’s movie Badlands, Sissy Spacek plays a teenage loner living in South Dakota during the late 1950s. Her Holly falls for a 25-year-old greaser named Kit (Martin Sheen), who quickly charms her with his James Dean hair and extra weird brand of boyfriend devotion (at one point, he writes his vows to her on a piece of paper and sends it into the sky with other love tokens in a big red balloon). When her father forbids their seeing each other, Kit shoots him and sets his house on fire. They pack their bags (and her schoolbooks so she doesn’t fall behind) and escape on a cross-country road trip-turned-violent killing spree. (The movie, which came out in 1973, was loosely based on the Starkweather-Fugate murders of 1958.) 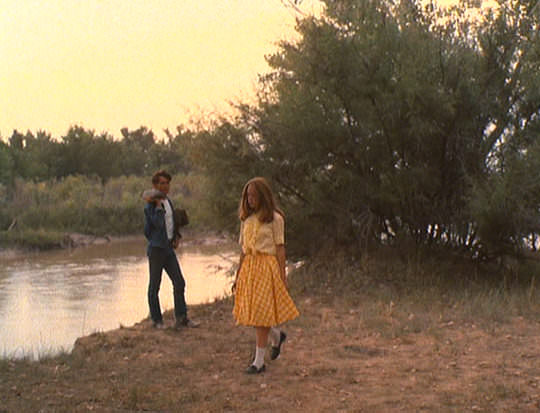 The lovers’ lives as fugitives start off cutesy and quite charming. In one scene, Kit and Holly dance barefoot to “Love Is Strange” in front of a tree house they built together (complete with a rudimentary security system of complex booby traps to thwart off intruders). HALLO, don’t we ALL want to dance barefoot with our lovercrushes in front of our very own booby-trapped TREE HOUSE?! Their life in this Swiss Family Robinson-esque hideaway is reminiscent of scenes in Moonrise Kingdom and Pierrot le Fou, suggesting romance-in-isolation, living-in-a-daydream-type vibes, when you feel like there’s no one else in the world but you and your #1 Boo. 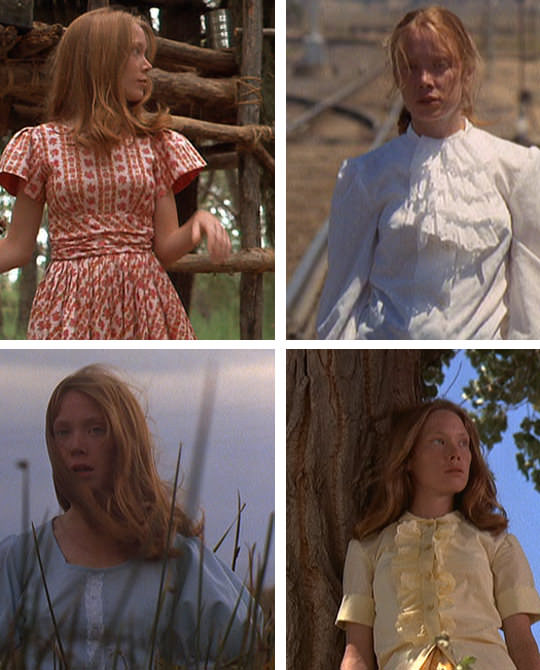 With her strawberry blonde hair and face full of freckles, Holly looks like the classic innocent, and at first she doesn’t really display much of a personality, going along with whatever Kit tells her to do—e.g., join him on a cross-country killing spree. (ANNOYING. WAKE UP TO THE SITUATION MY SISTA.) But even though Holly never pulls the trigger on any of their victims, her quiet (non)reaction to these events actually makes her a somewhat creepier character than her blood-spilling boyfriend. 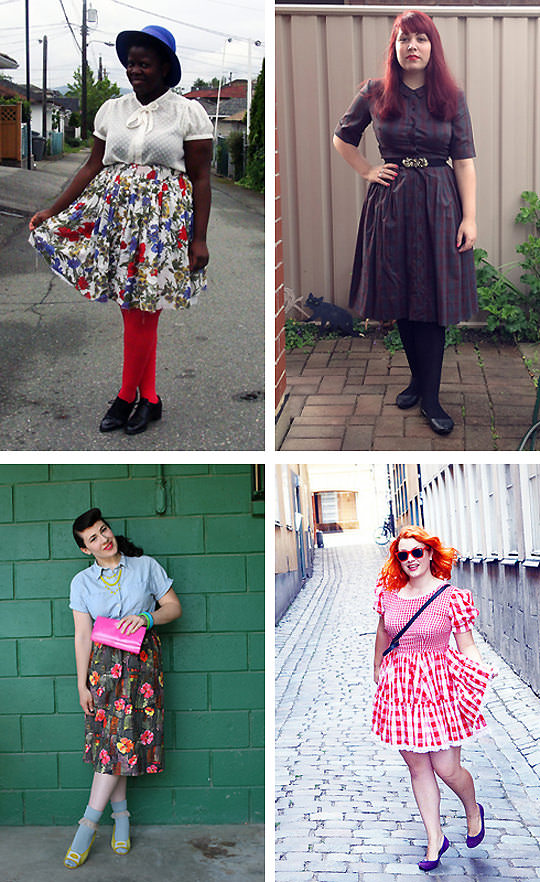 Despite her vida loca, the girl is always looking good. Her on-the-run wardrobe consists of ruffled bibs, flared skirts, Peter Pan collars, chambray shirts, rose-printed tea dresses, layered eyelet blouses, penny loafers, and the occasional kerchief–feminine touches that insist that Holly’s a sweet li’l angel when she’s anything but. Even though I wanted to shake Holly by the shoulders multiple times, there’s something unnerving about her presence. She stayed on my mind for days after I first watched the movie. Maybe there was something about her passivity that was familiar to me, like the tendency we all sometimes have to “go along for the ride” when experiencing things for the first time, until finally, we figure out exactly what we want. 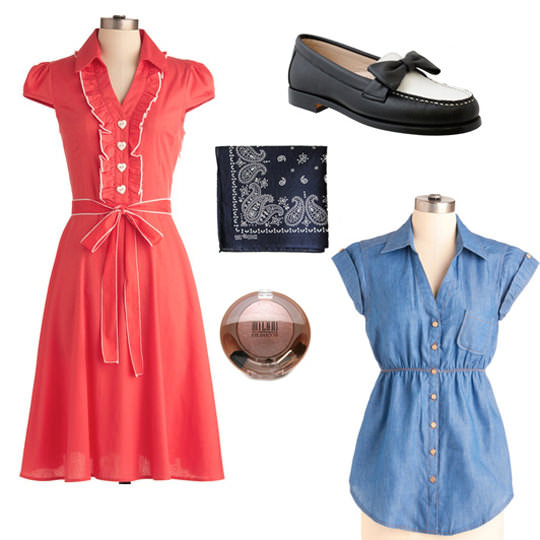 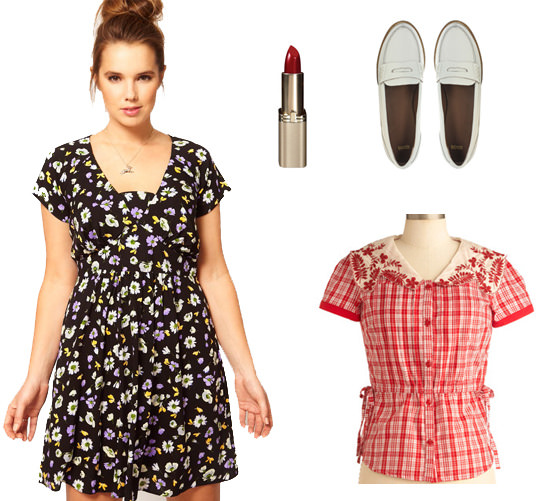