The first day of school is approaching (I know, I’m sorry). But here are some tips for becoming a morning person again. 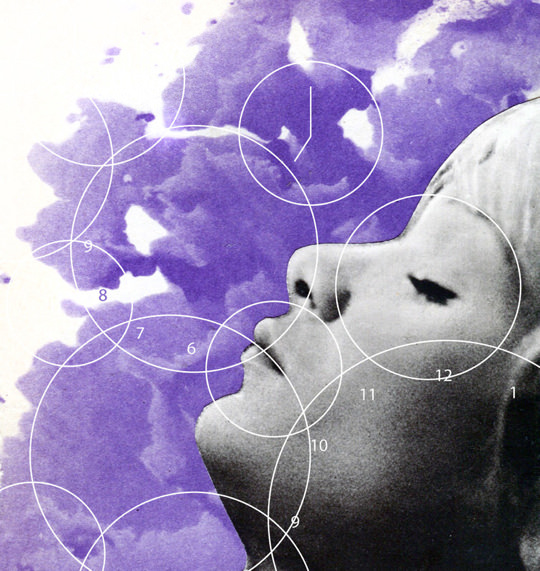 At the start of every school year, I tried to prepare myself for the first day by going to bed early the night before., but every year I would inevitably lapse into that too-excited-to-sleep-but-realllllly-want-to-sleep Christmas Eve mode. I spent most of these nights fighting off “what if” questions about the upcoming year and playing out possible scenarios in my head, and usually ended up with three or four hours of sleep, if I was lucky.

I am not a morning person. The public school system did not care. I had to be in my seat at 7:25 AM. From the time the first bell rang, my brain went running. Unfortunately, my body, spoiled by summer sleep-ins and late, lazy nights, responded with a big, “Yeah, no.”

It took me most of middle school and the first year of high school to realize that my summer schedule–sleep until noon and stay up all night—probably wasn’t ideal. I’d only slacked off for a few weeks–summer jobs kept me busy during the end of June and throughout July—but three weeks of “relaxing” in August did me in. I spent most of my waking hours lazing around on the couch, watching old movies or Saved by the Bell reruns. For that brief period of time, I had no responsibilities, no real place to go, and nothing to do, so the start of the school year was always a rude awakening. You know that disgruntled zombie face everyone wears on the Tuesday after a long weekend? A combination of “I thought vacation would last forever” and “I can’t believe I’m back in this dump, screw this”? That was my face for the first few weeks of school for much of my academic career.

My mental state wasn’t helped by the exhaustion I felt, obviously. My body wasn’t getting the rest it needed, leaving me more vulnerable to heightened anxiety and depression. In desperation, I took to drinking a toxic waste-colored ’90s soda called Surge, which is basically ancient Red Bull, in the mornings to keep me awake, but that only made me crash harder, and if I drank it too late in the day, it interfered with my sleep at night.

A night person forced into a morning person’s world is a miserable person indeed. You have two choices, really: adapt, or drool all over your notes while your English teacher explains that some animals are more equal than others, and then panic later when you realize that all you’ve written is the date and the words “blah blah blah pigs.”

So what’s a night person to do at this time of year? Here are a few things that worked for me:

Get to work.
When I was 16, I took a summer job lifeguarding at a local camp, which meant that I essentially had to keep the same hours I’d kept at school. I was up at 6:30 AM, at work by eight, and home around four. I still went out at night, but between having to wake up early and feeling extra responsible for the lives of others, I forced myself to be in bed before midnight during the week so that I’d get enough rest. On the weekends, I slept in and stayed up all night, but those blips weren’t enough to throw off my routine, and my body became used to being up early and going to bed at a reasonable hour the rest of the time, which was perfect, as it meant that I didn’t have to change much when school rolled around. It’s sort of a secret benefit of a summer job, really. The money, the people you meet, and getting to build your resume are all known perks, but keeping your body on a regular schedule is an added bonus (as is the lifeguard’s right to let everyone know that you don’t swim in their toilet, so they shouldn’t pee in your pool). If you don’t have a summer job, then I recommend the following:

Reward yourself.
So, yes, the day will come when you actually have to get out of bed and go to school. My sister and I shared a room growing up, and we both hated waking up and getting ready. But the one benefit of being awake at 6 AM, we found, was that we were up early enough to watch the X-Men cartoon before school. We became slightly obsessed with it and started to look forward to it every morning. Sure, we were still grouchy and half-asleep, but it’s hard not to get psyched for the day when the best cartoon theme ever comes on. What I’m saying is: morning rituals can make the prospect of getting up seem not-so-bad. Maybe keep a dream journal. Have a pen and notebook close to your bed, and force yourself to get up and write down your dreams before you forget them (which you will do by hitting “snooze” repeatedly). Or, if you don’t have a lot of strict uniform codes and enjoy dressing up, have fun and be creative when putting together the day’s outfit. Having something to make the mornings more tolerable–whether it be a television show, a favorite breakfast, a routine chat with a friend, or a mix that you play while you get ready–can make the pain of leaving your warm, cozy bed a little easier to bear.

Take advantage of technology.
There’s an entire industry devoted to helping sleepy people drag themselves out of bed. Perhaps you could invest in one of those lovely alarms that mimic the rising of the sun, filling your room with rays of simulated sunlight, sending your body the signal that it’s time to get up. Or, if you’re like me and your alarm is basically a decoration that beeps five times before someone has to come in and yell, “GET UP,” you might consider Tocky, an alarm clock that rolls off of your nightstand (!) and forces you to get up in order to track it down and turn it off. There are also several apps out there to help you get started, like the Uniqlo Wake Up app, which “allows users to share a record of their awakening–specifically, the time, weather, and temperature at the moment they stopped the alarm–via social media,” if that’s your kind of thing. Making a Wake Up!!!!! mix on iTunes or Spotify or 8tracks can’t hurt, either.

Go to the pros.
If you’re really struggling with your sleep cycle, it may be worth talking to your doctor about it. You might have to alter your diet a little (e.g., no caffeine after a certain time), or they may recommend a natural supplement, over-the-counter treatment, prescription medication, meditation classes, or some type of exercise to get the body ready for sleep. (Basically, they’ll probably tell you what Stephanie already told you.) If you’re still going to stay up late, maybe you need to try and take a nap when you get home from school. On the flip, you could always just embrace your insomnia, like Sady does.

The transition from a summer schedule to the school year can be a rough one, and it requires practice and patience. But you’ll get back into the swing of things in no time. And then just think: it’s not that long until winter break rolls around and totally screws you up again. But if all else fails, buy a pair of these and hope for the best. ♦

back to school insomnia sleep waking up