Be Nice to Others: A Mini-Interview With Quvenzhané Wallis

We chat with the star of Beasts of the Southern Wild about school, seafood, and finding your voice. 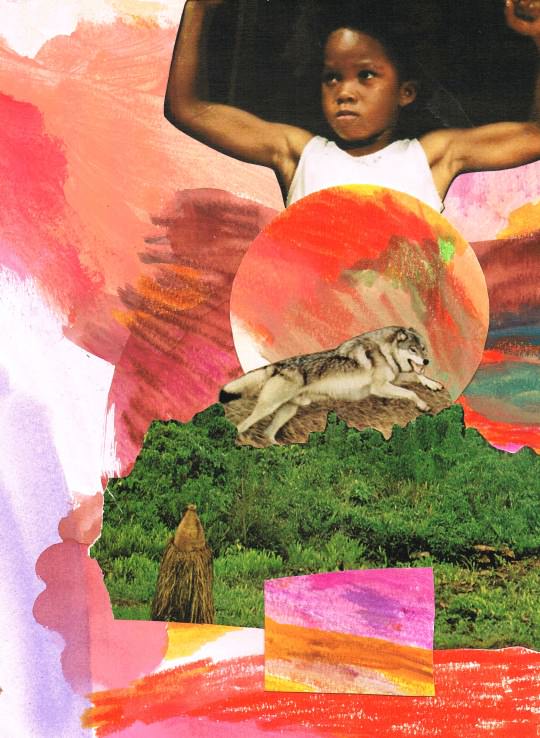 The new movie Beasts of the Southern Wild is told from the point of view of Hushpuppy, a child living with her father in a southern bayou community called the Bathtub. Her father is very ill, her mother left them both, and government rescue workers are attempting to bring Hushpuppy and her neighbors into a world they don’t want a part of. This movie could so easily be a condescending pity party, but instead it moves you in unexpected ways. It could so easily garner a ton of convenient sympathy, but instead it draws you so much into the world of the Bathtub and of Hushpuppy that keeping a comfortable distance isn’t an option.

This is largely due to the performance of Quvenzhané Wallis as Hushpuppy. It’s been said a million times and should be said a million times more: this girl is amazing. She has the combination of childlike naïveté and awareness that’s necessary to play someone both quietly observant and loudly willful. As Hushpuppy unknowingly exposes the beauty in the world around her through heartbreaking narration and the kind of gently powerful expressions that happen when you find secrets to keep to yourself, it’s impossible to not NEED to know her universe. Even the way she sees the smallest things—not just her dad or her mom or the awaiting end of the world—is inspiring. Her childlike wonder is the sort typically reserved for whimsical, colorful, immediately delightful Alice in Wonderland–type stuff, ooh’d and ahhh’d at by children whose wonder is expressed through sheer loudness. But seeing this six year-old girl mentally prepare for the apocalypse while running around barefoot with a sparkler in each hand, musing about animals and the desire to be remembered as someone with a story; being loud and then quiet, expressive and then secretive at all the right times—that is plain wonder right there.

Quvenzhané auditioned for the part of Hushpuppy when she was five years old, though the casting call asked for ages 6-9. She had not acted before, but was good at reading and screaming, and got the role; they filmed three years ago, when she was six. She is now nine years old, killing it in interviews and getting the respect she deserves.

I got to talk with her on the phone very briefly—I couldn’t help feeling like I was pulling her away from being a nine-year-old—and the interview is short. But she gives some very sound advice. Also, please see this movie. Have I said that yet? Please.

TAVI: How has it felt to go to festivals and see people respond to the film?

QUVENZHANE WALLIS: It feels good, because I get to meet different people who are excited for me.

The audition for this movie asked for girls between six and nine, but you were five when you tried out. Why did you decide to try it anyway?

It was just something I wanted to try.

What was the most fun part of filming for you?

Dealing with all the seafood.

Yeah, the animals must have been fun! What was the hardest part of filming?

Dealing with all the mud.

Your scream and burps in the movie are loud and powerful. Did you need to practice those?

No, it was something I already had.

Did anything surprise you about the movie when you saw it for the first time?

I watched an interview where you said you wanted to be a dentist. Do you still want to do both that and act?

Stay in school and take care of others. And be nice to others. ♦

Beasts of the Southern Wild is in theaters now. Check here to see if it’s playing in your city.