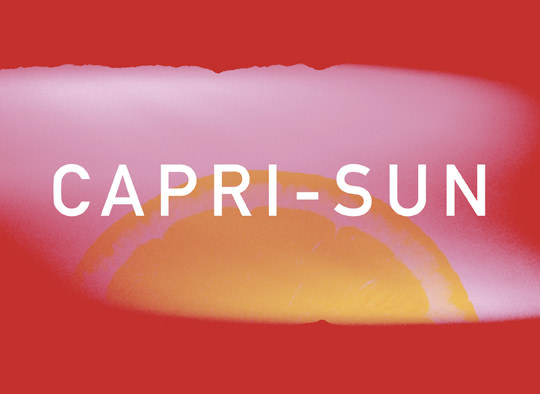 Laurel swears that Capri Sun was invented by a child psychologist: “There’s nobody else who would take such pleasure in watching kids consistently fuck up and get pissed off in the noble pursuit of juice.” Laurel’s parents, it should be said, are both child psychologists, which explains why our teacher, Mrs. Kimball, had to refer to her as “Eraser” in kindergarten. “My mother thought it was a brave statement on ‘recapturing my own identity,’ and my father was worried that it meant that I wanted to make other people disappear,” she says, laughing. “I just thought it sounded good. I was, like, five.”

She was Eraser when I met her on the school bus during one of our first rides home. I had a Capri Sun left over from snack time, a lukewarm strawberry something-or-other that I’d been too afraid to drink in class for fear of having to use the school bathroom. I was struggling, as always, to open it by myself, the straw bending just as it met the spaceman packaging.

“You have to stab it,” the girl across the aisle from me said, extending her hand. Within two seconds, she’d shoved the straw into the pouch. “My mom doesn’t let me have these,” she said, handing it back to me.

“You can have this one,” I offered.

There are certain irreplaceable feelings in life. One of them is the act of sharing when you’re a kid, when you’ve just mastered the concept, when you realize what kindness means, before you’re old enough to put a filter on it and manipulate it for your own good. The other is meeting your first best friend.

“I’m Libby Campbell,” I told her as she gulped down the juice.

I stopped listening after she said “early admission.” It didn’t matter anyway. Everything that came out of her mouth after that just sounded like gone, gone, gone.

“Stand up straight, Elizabeth,” my mother says. There must be a sad kind of pamphlet sent to high school moms every year, alongside the ones about teenage pregnancy and bath salts, titled So You Think Your Daughter Is Slumping.

We’re in line for Flight 8917 to Boston to visit my aunt Kathryn and at least five colleges–two that I can definitely get into, one that I might be able to get into, and two that we’re really only going to visit so we can buy the T-shirts, and I can further my parents’ delusions. My father has brought several application packets with him; the ones with the kids who look like Hogwarts rejects on the front are the ones with the most fingerprints.

Right before we board the plane, Laurel sends me a series of texts from the homecoming dance that I’m missing:

rihanna has too many songs

made out with k #yolo #neveragaintho #breathmint

miss u too much nothing is fun w/o u

This time we talk about our Christmas lists: she says she wants surfing lessons, and I say that I want a new winter coat, and then we don’t really say anything at all.

Laurel believes that Pepperoni Pizza Combos are “the only acceptable road-trip food.” Her mother hates the smell of them, which is why she can only eat them when she’s on vacation with my family. We go to Myrtle Beach every year; Laurel has been coming for the last seven or so. Her parents relented after my father, a biology professor, promised that he’d always make the trip educational in some way. Last summer, he had us hold an informal debate at Cap’n Joe’s Fish Pot: Laurel was pro–fried shrimp, and I was pro–fried clam.

We’re in the way, way back of the van. Our bags are loaded in the middle seat, giving us a wall of privacy from my parents, who are nodding their heads in time to something by the Eagles.

“All I want on this earth is a Cone-A-Rama Big Wheel,” Laurel says, referring to a disgustingly huge waffle cone that we both attempt to eat every year. If you finish it, you get your picture on the wall. She’s been trying—and failing—since she was 10. My father overhears and yells, “Is this the year you make the wall?”

“Don’t make yourself sick,” my mother says, annoyed. “Your mother would kill me if she knew I let you eat that thing every year.”

“This is gonna be the year,” Laurel says, wrapping an inflatable pillow around her neck and shoving her empty bag of Combos under the seat. “I’m feeling like a champion.”

I take mental pictures of every exit by blinking my eyes. Next year, we’ll both be in different classrooms, staring out at different landscapes, with different voices surrounding us. I know why she wants her picture on the wall–because she’s not sure when she’ll get back, and somebody has to leave proof that for years and years we came, we saw, and she eventually conquered.

Everyone is wearing red sweatshirts and smiling. “I knew you could do it,” my father says, waving around my acceptance packet. Ten points for faux-Gryffindor, I guess.

Later, Laurel asks me if I’m surprised, and I tell her of course, of course I’m surprised, my SAT math score was a giant turd, and I thought I had no chance at all. I don’t tell her that I’ve suddenly become an expert on time and distance, that maybe I should major in cartography, that I know every possible path from Massachusetts to California and that all of them take too long.

Downstairs, our parents laugh together, eating cake, drinking wine, and celebrating their daughters. Over the years, our weirdo mothers have become best friends. We’ve never bothered asking who their best friends were before their daughters met on the bus.

“My entire life,” I tell her, “does not revolve around you.” I don’t know how to hold the cigarette. I try to flick off some ash and it lands in my lap.

“You have to tap it,” she says, extending her hand.

I offer her the cigarette, and she throws it out the window.

“My mother doesn’t let me have those,” she says, staring at the lights ahead of us.

Our parents have noticed: we are not ourselves, they say. We are especially not ourselves when we are together. They mention winter break, spring break, summer break, anything to make the word “break” sound remotely positive.

I don’t know why I tell her. She smiles the sad, knowing smile of someone who has always scored a little higher on every test and says something about other ways.

We swing back and forth in the humid air, taking turns sticking our fingers into the candy bag and licking the sour sugar from our skin. All around us are crickets, the internationally renowned orchestra for the speechless.

Everything I own is packed into plastic bins, surrounding me on all sides. My parents are—once again—wearing their red sweatshirts. “This is so exciting,” my mother says, her left leg shaking up and down. She turns back to glance at me. “Elizabeth,” she says, “sit up straight.”

We’re here on a “bonding expedition,” according to our RA. We’ve each been given 10 tickets, and I’ve decided to use eight of them on the Ferris wheel, because I just want to sit down for a while. Alex and Meg, who started dating during, like, the first hour of school, are sitting in the car in front of me, kissing as they elevate.

“Lone rider?” the man running the wheel asks me as I settle in with my kettle corn. I shrug, and he locks the door, and soon I’m flying above everyone on the ground, little specks, tiny strangers, thousands of people I might be lucky enough to meet. ♦