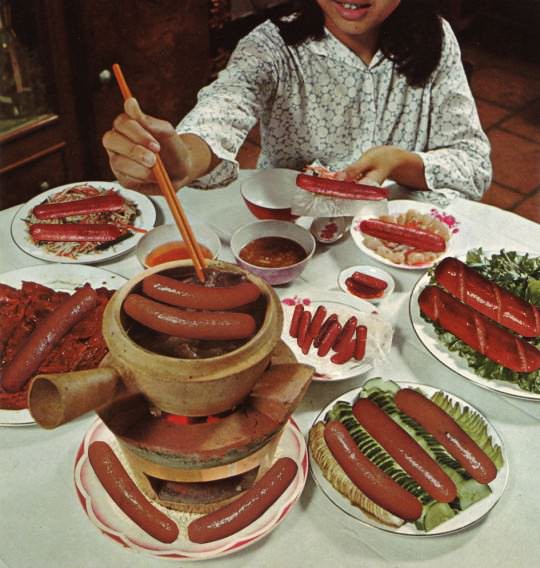 I thought I would miss my family when I went off to college. I thought I would think about my father, who had been working in one of the buildings in the World Trade Center but, by some stroke of luck that I will be eternally grateful for, went to work late on September 11, 2001. I was to start as a freshman at Stanford University a week and a half after the two hijacked planes crashed into the Twin Towers. The windows in the building my father worked in were shattered, the offices inside covered in soot and ash. He was temporarily relocated to an office in New Jersey, which upped his daily commute from two hours to three and a half hours each way. Monday through Thursday, he stayed in a hotel in Jersey while my mother and brother were in Long Island, while I was in California, living my new, happy life. I thought I would think about my mother, who was a feeler and a crier, and who, my brother told me over the phone during my first week at college, had leaned against the stove and cried while making dinner because she missed me. I thought I would think about my brother, who sent me cards in the mail with drawings of us holding hands and his nine-year-old scrawl: “Hi Jenny. Dad gave me six dollars today. We all miss you. When are you coming home?”

While I did experience some adjustment anxiety and brief flashes of terror in the first few weeks of college, mostly I felt completely blissed out. I felt like I was finally getting to do the things I had waited 17 long years to do—shed my reputation as a goody-goody, a nerd without verve, and embrace the excitement of reinventing myself, the total freedom of talking to whoever I wanted, wherever I wanted, until whatever time I felt like staying up. I was 3,000 miles from home and prepared to feel homesick. I was prepared to feel lonesome. What I wasn’t prepared for was how rarely I thought about my parents, and how guilty I felt for not thinking about them more often. I wasn’t prepared for how much I loved college, how much I loved my classes and the people I met, and how I felt like I was falling in love with everyone all the time, and how, somehow, the gift of gab had been bestowed upon me, and suddenly entire sentences, punctuated impressively with semicolons and em-dashes, were just spewing out of me, endlessly. 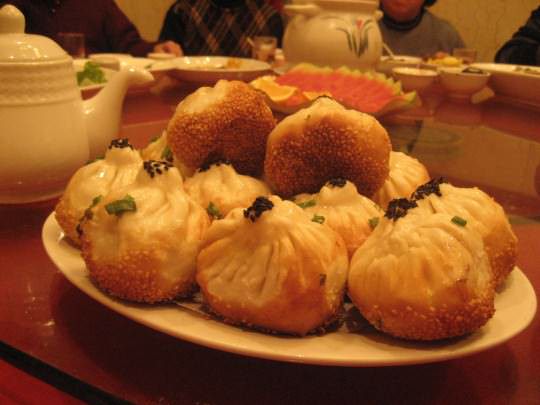 What I did miss, though, and talked about all the time with my new college friends, was how mind-bogglingly good the food in New York was—and no, I wasn’t talking about restaurants reviewed in the Zagat guide; I was talking about the outer boroughs: the Chinese food in Flushing, the Korean barbecue places in Bayside, and the massive dim sum places in Elmhurst. Whenever someone responded with, “Oh yeah, I love General Tso’s chicken,” I would suddenly feel like I was alone in the world. Didn’t anyone understand that General Tso never existed, unless we are talking about Zuo Zongtang Tso, who was a military leader during the Qing dynasty and probably didn’t like nasty, deep-fried, weirdly sweet pieces of chicken? Didn’t anyone else at Stanford know that the greasy bullshit in Chinese fast food restaurants resembled none of the food I grew up with? I winced when I heard my peers say “Szechuan shrimp” and wanted to correct them and tell them that actually it’s pronounced Sichuan, but I didn’t, because at the time I feared being pigeonholed as the angry yellow chick who takes everything too seriously, not realizing that no one has the right to tell you how much something should or shouldn’t matter to you. 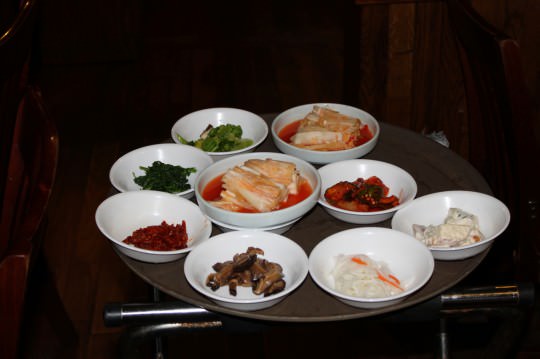 After going on a quest for ethnic food (sorry, I HATE the word ethnic and how it’s never used to describe books or films or food or art made by white people—or those who pass as white—but I’m gonna have to use it in this article as a shortcut to refer to anything not of European origin), I realized that all that the bikeable/public-transportation-able parts of Palo Alto had going for them was two mediocre Thai restaurants, one awful Japanese restaurant that specialized in “sake-bombs” (BARF FART), and one halfway decent Chinese place. I started to miss intensely the restaurants my parents took me and my brother to when I was in high school. I missed the Sichuan restaurant in Flushing that we went to on Saturday nights, the one on Prince Street that was down in the basement, which my father said was suitable only for family because it was so filthy in there, and when I asked why it was OK to subject his own family to that filth, he said it was because we didn’t give a damn about that stuff, and it was true. We didn’t. We would bring hand towels with us to the restaurant to wipe down the sweat that poured down the backs of our necks after eating the restaurant’s signature dish—Sichuan poached fish (shui zhu yu)—which came with Sichuan peppercorns that would numb your mouth when you bit into one. 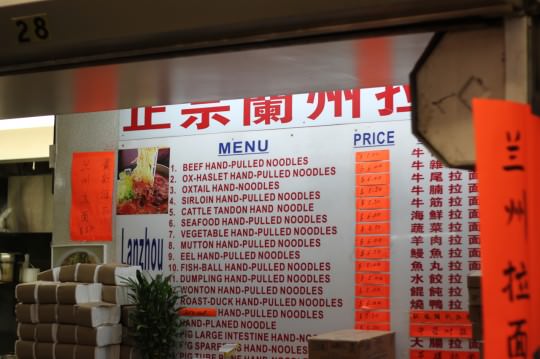 Noodles in the basement in Flushing 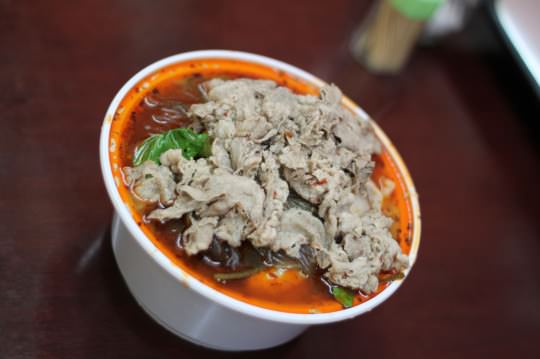 I missed the Vietnamese restaurant on Kissena Boulevard where my mother and I would scarf down a bowl of pho—a Vietnamese-style beef soup, traditionally served with rice noodles, bean sprouts, thin slices of blank flank and tripe, and a motley assortment of herbs that my mother told me to eat because she had read somewhere that they helped with “women’s troubles,” something which, my mother made sure to remind me, I would surely experience one day to an unbearable degree. I missed arguing with my mom over a bowl of pho about her phrase women’s problems and how I was a LIBERATED PERSON and so did not need the help of medicinal herbs. I missed Tai Pan bakery on Roosevelt Avenue, where my mom would take me after a particularly harrowing orthodontist appointment, and tell me that I should pick out a cake, any cake, and I would take so long to choose that my father would come running in to see what was taking so long, and if we didn’t mind, could we wrap things up because the meter was running out, and then my mother, who I have always tried to cast as the villain in my life story, would show herself to be the hero she really is and always has been, and would ask, in Chinese, for the person behind the counter to fetch us a box so that we could have a sampler of all the cakes in the display case.

My first few months away at college, I gorged on cheeseburgers and pizzas and chicken fingers that were available day in and day out in the dining hall, sampled all the weird salad dressings my parents refused to buy me back at home, ate soft-serve ice cream with rainbow sprinkles at the end of every meal, and tried whipped cream for the first time. I went for late-night runs with my upperclassmen friends with cars to In-N-Out, immediately didn’t get what was so great about their cheeseburgers (SORRY IN-N-OUT ENTHUSIASTS, I JUST DON’T), went on even later late-night runs to get spicy chicken sandwiches with double fries and a milkshake from Jack in the Box, and when winter break came around, I flew home to New York and had my parents pick me up from the airport and drive me straight to a new Sichuan restaurant that had opened up in Flushing.

“You’re going to die after you taste the shui zhu yu here,” my mom told me. “It cured your father’s flu.” 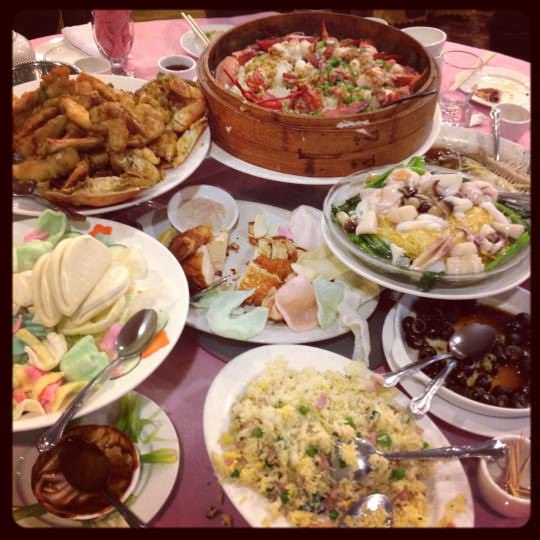 During my three weeks at home, I gorged on my favorite Chinese dishes—cold sesame jellyfish, wasabi-marinated conch, beef intestines sautéed with hot green peppers, mock chicken marinated in soy, watercress, winter melon and bone soup, Chinese porridge with preserved duck eggs, pickled mustard stems and bamboo shoots marinated in chili oil, leafy green Chinese vegetables whose names I only know in Chinese and have struggled my whole life to describe with the proper level of complete awe to my friends whose taste buds I truly pity for not having sampled their deliciousness. For three weeks I was the happy queen of my kingdom of feasts, and then it was time to go back to Stanford and its deplorable dining options. At night, I had reccurring dreams that I had been invited to a MAJOR Chinese feast, and in the dream I would stand in front of a long table covered full with all of my favorite dishes, but every time I tried to eat something, the food would miss my mouth and fall to the ground. At some point in the dream, I would attempt to dive into the table of food, hoping that something, anything, a soup dumpling, a sliver of sea cucumber, or maybe a leafy sprout, would manage to hit the corner of my mouth, and just when it seemed like I was going to get to close my mouth around a piece of garlicky seaweed, I would wake up, realize it was all a dream, and feel a giant, yawning hole open up inside of me. 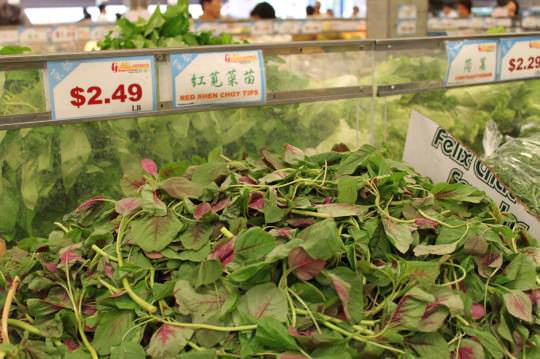