Sometimes you can just push open a door and let yourself out. 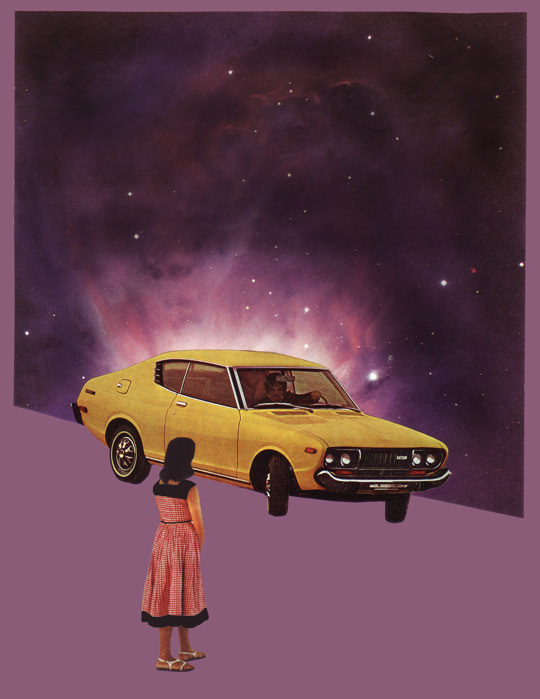 I knew a girl, Feng,* who ran away from home for a few weeks. She was a year older than me and took her piano lessons right after mine. When I emerged, she was always there, sitting on my piano teacher’s couch, stone-faced and unreadable, waiting her turn.

“She plays magnificently because she practices three hours a day,” my piano teacher told me when I screwed up “Für Elise” for the fourth week in a row.

My mom told me Feng’s father, who was a famous piano player in China but completely unknown in America, stood over her when she practiced and slapped her fingers with a ruler when she made a mistake. My parents reminded me how hard her father was on her whenever I complained about how hard they were on me.

My parents thought they were offering me the world that was never offered to them—the privilege of learning an instrument. I was supposed to be thankful that they didn’t stand over me with a ruler, that my knuckles were soft and loved instead of cracked and bleeding. But after I banged on my piano with tears in my eyes, because it wasn’t my choice to play the piano in the first place, I couldn’t help volleying the missile I had been aiming at my parents ever since I realized exactly what they were doing: “I can’t live out your dreams. You can’t make me.”

“Oh, but we can,” were their exact words.

One afternoon, when I was in middle school, Feng came over to my house for a few hours. She wouldn’t accept anything I offered her. Soda? Chips? Candy? “No, thank you,” she said.

“Fine,” I replied. Be perfect, I thought. Do what your parents tell you to and never question it.

But I was wrong about Feng. She ran away from her parents when she was 14 and came back with an inked-up boyfriend and piercings that her father threatened to rip out. Where did she go, I wondered, and what did she see while she was out there?

Once, when I was seven, I went to school with a low-grade fever. I tried calling my neighbor’s nanny to pick me up from school, but she told me she didn’t know how to get there. The secretary in the main office said I had to return to the classroom if no one was coming to retrieve me.

I walked out, my forehead burning. When I rounded the corner, instead of turning right to go back to my classroom, I turned left, and ran in the direction of the closed double doors that I had believed to be a formidable barrier keeping me away from the outside world during the weekday hours between 7:30 AM and 2:30 PM. I heaved myself against them, and realized something so extraordinary that I still remind myself of it every day—sometimes you can just push open a door and let yourself out.

The next time I made a break for it didn’t happen until almost nine years later. I was 16 and fucking miserable. My life was ruled by rules. Don’t go outside. Don’t talk to boys. Don’t think you’re different from everyone else. Don’t think you can grow up and be a writer. Don’t bother with extracurricular activities. Don’t try to get out of weekend SAT prep classes. Don’t ask if you can go to the movies. Don’t, don’t, don’t.

My house in high school was at the dead end of a street, and the symbolism was not lost on me. Behind it was the elementary-school field. In order to get there you had to trespass on a short, fenced-off path. Someone had ripped a giant hole in the fence, making it possible to slip through to the other side. I knew that dark path and grassy field behind my house extremely well, because they constituted my primary escape route.

The summer after my sophomore year, I was rifling through the kitchen cabinets when I found a key that was marked DECK. I kept it in my desk drawer, hidden under a stack of envelopes, for months, plotting and seething in my head.

“Stop dreaming and start acting,” my parents told me all the time. In a sense, they were right. At the start of junior year, I begged them to let me go to a local hardcore show at a music venue a few towns over. They said no way, and I stayed up all night writing them a letter about all the ways in which they were hurting me, all the ways in which I tried so hard to please them, but how, if they were going to force me into a box that was too small for me, pretty soon they wouldn’t have a daughter to boss around anymore.

I put the letter on my father’s pillow. The next day they told me I could go to the show, but had to be back by 9:30—and also not to ask again, because this was the one and only time they would ever say yes. I didn’t want to go if this was my only chance.

“You might wake up one day and I’ll just be gone,” I shouted, embarrassed that I had spilled my guts out in the letter. “I might run away like Feng, and then you’ll be so sorry for everything you made me do.”

“Try to fend for yourself out there,” my parents said. “We’ll see how long you last.”

That was the last time I tried to reason with them. That was the last time I included them in my plans for adventure, the last time I ever asked them if it was OK for me to go out into the world and hitch a ride to a punk show or sit on the hood of someone’s car in a parking lot late at night. I wanted the chance to do these things before I became an adult and had to do adult things. I had a key to our deck doors. I was going to use it.

In order to sneak out, I had to wait until I heard my father snoring, which usually happened around 10:30. Then I would put my stuffed animals and dolls underneath my sheets to make it look like there was a sleeping body in there, in case my mom came in to check on me (did she?) and make my way down the first flight of stairs to the kitchen, down the second flight to the landing, and then tiptoe across to the back door that led to the deck. Like a cat burglar, I’d press my body against the side of my house, terrified that any moment my parents’ bedroom lights might suddenly turn on, and I would see my mother’s face at the window, looking down at me, needing no more reason to destroy me than all the ones I had already given her. I would slowly inch my way around the side of my house, careful not to knock over the trash or trip over the garden hose, and then, when I finally reached the driveway, I would make a run for it. I would sprint across the six or so feet between my driveway and the fence that was my portal to the beyond.

I would stumble up the dark path, press my lips together to avoid spider webs, brush bugs and branches out of the way, and look for the parked car that, in just a few moments, would take me away. I would make my way across the field, adjusting my skirt and pulling up my tights. For a hot second, I would allow myself to imagine that where I was going tonight was going to change me forever. Then I would open the door, climb in, and say, “Thanks for getting me,” like it was nothing at all.