A guide to help you protect your civil liberties. 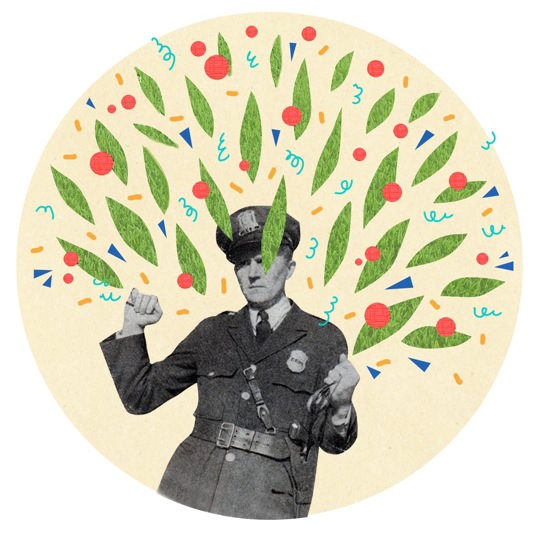 When I was 20, I was busted for underage drinking at an off-campus pub in Washington, D.C. But I wasn’t drunk—not even tipsy. Earlier that night, I had chickened out and decided against using a terrible fake ID a friend had procured: it depicted a woman who was six years older, five inches taller, and 20 pounds heavier than me.

When the time had come for my hand to get stamped at the door, I had admitted I wasn’t 21 and just wanted to hang out with my older friends. Impressed by my honesty, the doorman allowed me to enter and arranged for me to get unlimited free soda as a reward for coming clean.

Once inside, I had a blast playing pool and dancing to Britney. That is, until the cops arrived, blocked the exits, and started demanding IDs. During the frenzy, I saw my friends getting handcuffs slapped on their wrists, enduring searches and pat-downs, and being led to the police van.

When two cops zeroed in on me, I calmly explained to them that I was not drinking and attempted to show them the big black “x” the bouncer had drawn on my hand. One of the cops dismissed my explanation and told me they had “probable cause” to consider me in violation of the law, because I was in a place where alcohol was being served. She suggested she’d prove that I was lying by giving me a Breathalyzer test (she never gave me the opportunity to prove her wrong).

When I finally got the officers to ask the doorman if I had been drinking, he clicked his tongue, denied our previous interaction, and said he would never let anyone in without ID.

At that moment, I knew I was on my own. As the cops led me towards their van, I watched them cuff a friend who had used a fake ID and then lied about it. I noticed that they neglected to read her her Miranda rights and that they seemed pretty overzealous when they searched her.

I did not want to be next. Luckily, at that moment, I remembered that a civil liberties canvasser from campus had given me a little wallet card that was printed with information about what to do when confronted by police. Without hesitation, I whipped the card out and started reading the list LOUDLY so everyone could hear me.

What I read on the card made me feel pretty confident that the police didn’t really have enough evidence to prove I was involved in illegal activity, and that they lacked probable cause for a search. I told them so, even as they kept threatening me. I said that if they arrested me, I would maintain my right to silence and wouldn’t answer any additional questions without a lawyer present.

For a few of the longest minutes of my life, the police stared at me in silence. Finally, and with no real explanation, one said, “It’s late. You are released, go home.”

In college I’d participated in peaceful protests of the wars in Afghanistan and Iraq, the IMF, and the World Bank, and regularly faced harassment and pepper spray from the police. But it wasn’t until that night at the bar that I realized how important it was to be informed about my civil liberties. I’ll never know exactly why the police decided to set me free when so many other people were arrested and booked, but I believe that it’s because I knew my rights.

Don’t get me wrong—I deeply respect the majority of police officers who protect and serve us. At the same time, I know through personal experience that we can’t always depend on cops to be fair. They mess up too.

So the next time you feel you’re being mistreated—whether it’s at a bar, a protest, a house party, in your car, riding the subway, or anywhere else out in the world—know your rights, and don’t be afraid to assert them.

Here are some tips for protecting yourself:

Get Busted before you get busted:
A good place to start is FlexYourRights.org. Their movie Busted: The Citizen’s Guide to Surviving Police Encounters is informative as well as entertaining, and I don’t just say that because a few of my friends are “acting” in the alcohol party scene. You can also buy FlexYourRights.org’s DVD, 10 Rules for Dealing with Police, and screen it for your friends before you hit the town.

Be informed:
The American Civil Liberties Union (ACLU) provides a wealth of FREE resources to the public through podcasts, videos, and fact sheets that detail all the ways you can protect your personal freedoms. If you’re really inspired, become a member, attend their events, and connect with new friends via their campus and high school programs.

Carry the card:
Download and print out the ACLU’s wallet card, and carry it with you always. It tells you what to do if you’re stopped by the police, immigration agents, or the FBI.

Stand up for yourself:
I know how intimidating and scary it can be to disagree with authority figures, but remember that police officers are expected to obey the law, just like you. If you are underage and you think the police may have violated your rights, try to find a supportive adult in your life to discuss consulting with a lawyer and/or filing a complaint with your local police department or civil monitoring organization.

I hope none of you ever has to face mistreatment by the police, but it’s always good to be prepared. Getting arrested sucks, and you have way better stuff to do than be stuck in jail. ♦