The world is basically a disaster area of people who have no idea what they’re doing. 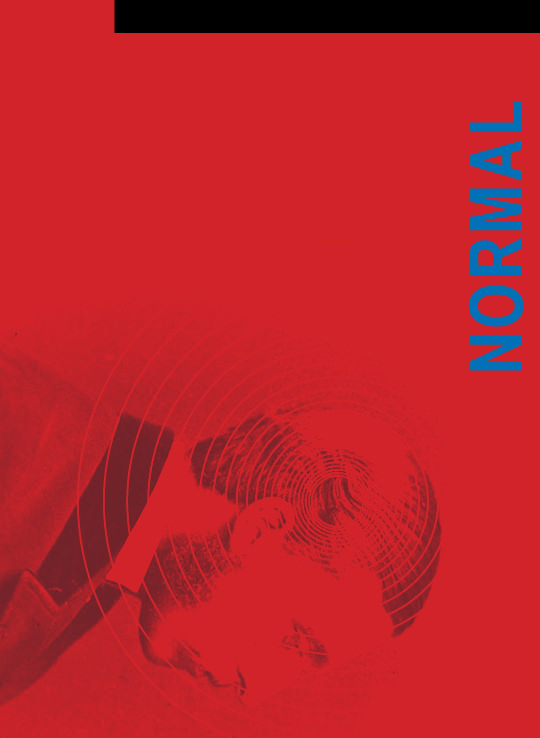 The girl to my left picked at the skin on her index finger and sighed heavily. “I just feel like everyone on earth has a book on how to be normal, except for me,” she said.

The rest of us—eight girls sitting in a semi-circle in a cream-colored room with strategically calming lighting and inspirational quotes on the wall—nodded our heads in agreement. “I’ve said that like, a million times,” I said. That was a lie. It was probably closer to eight million.

I was 18, and it was the first time I’d stayed in a psychiatric hospital. Group therapy was a morning requirement—the eight of us had to meet up every day at 10 AM to “process our feelings,” which is hospital-speak for taking all of the scribbles you’d typically put in your journal and letting them escape your mouth instead. We spent a lot of time talking about “normal people,” and how they had it so easy, how they never had trouble eating, or sleeping, or talking to others, or going outside, or looking at windows without wanting to fling themselves through the glass. It felt like “normal people” had been given a gift to help them get through life without ever messing things up, like they had been born with The Manual of How to Be Normal preloaded in their brains. Meanwhile, we were adrift without instruction.

When it was my turn to speak, I always said the same thing: “I just feel defective. I wish I knew how to fix everything.” After I left that room, I repeated that line in other rooms, to other ears, many times over many years. I was always looking for an easy answer and a magical key to living like the rest of the world.

It often seems like everyone has an opinion on how to get you from eighth grade to college the “normal” way, as if life is a perfectly choreographed parade of milestones: marching bands playing the “important” songs you’re supposed to hear; a float covered in tampons to celebrate your first period; a sad-looking giant beer bottle and his girlfriend, the giant bong, being led down the street in handcuffs by policemen with stern expressions; clowns tossing condoms to the crowd while you wave from a shiny red car with a banner reading “Coughlin Chevrolet Congratulates Sally On Responsibly Losing Her Virginity!” The whole thing ends with the Chevy fake-crashing into a Styrofoam wall to demonstrate the dangers of texting while driving, while a storm cloud spells out “STUDENT LOAN DEBT HA HA” in neatly timed bursts of lightning. Congratulations, you’re now an adult!

Have you ever met someone who seems like they’ve turned their life into a checklist of milestones? It’s usually the girl at camp who has FBI-esque background files on every person she’s ever kissed, or the people who always knew the statistics on average age of virginity loss (even boys who are terrible at math are Stephen Hawking when it comes to this shit), how often people got high and still got into Ivy League schools, or the person who puts some arbitrary age on the “appropriate” time to do things because they’re convinced that certain things should be done by a certain time.

These people are everywhere, and they are exhausting. In middle and high school, my idea of “normal” was shaped by their expectations, their gossip, and the countless stupid movies about having to lose your virginity before going to college, because if you don’t, your genitals will turn into a giant, rabid seagull and kill everyone in North America.

In middle school, I bought into the idea that there was such a thing as doing “the right thing” at “the right time,” and felt awful about being behind. Everyone seemed to get their first periods, their first boyfriends/girlfriends, first kisses, first hangovers, first EVERYTHINGS, before I’d even figured out that sex was technically more than making out without clothes on. They all seemed to know how to move their bodies in a different way; how to dance, how to walk, how to flick the ash from a cigarette, how to apply makeup without looking like Homer Simpson set the makeup gun to “whore.” Everything seemed to come so easily to everyone else, and I couldn’t figure out how I’d missed out on those instincts. Even the simplest things, like talking to people at parties, seemed impossible to me. I was paralyzed by the radio constantly blaring panicked thoughts in my mind, and all of the platitudes adults offered (“You’ll know when you’re ready”; “It gets easier”) sounded like total bullshit to me.

In order to handle all of this pressure and confusion, I spent years wearing clothes I thought would help me fit in, using a “social voice” (think: fake-happy salesperson at the mall), and studying TV to get a better sense of how people communicated with one another (this essentially turned me into a demented sitcom character whenever I left my house). I just wanted to act like everyone else—or at least the way I thought everyone else acted. I worried about doing everything the wrong way, about screwing up my entire life with a single decision. If things didn’t go perfectly, I freaked out, thinking that I’d thrown a wrench into my future or missed out on some major life experience. I would get stuck in patterns that only increased my anxiety and depression. My life was defined by three major phrases: “I should have,” “I’m supposed to,” and “I’ll never.” When I applied for college, I didn’t get into my first choice (like millions of other people), and I legitimately thought my life was over (it wasn’t). I felt unequipped to answer the questions that swirled in my mind. The manual that I’d been given was clearly not a Manual on How to Be Normal—it was an edition filled with misprints and unreadable instructions that I kept ignoring, cluttered with words like “relax,” “let go,” and “breathe” that couldn’t register in my brain.

Seventeen is the lull between milestone birthdays, but that doesn’t make it any less important or special. The most exciting things usually happen when we aren’t forced to make a giant deal about them. You can’t guilt yourself into having fun.

I spent so many years in cream-colored rooms trying to do just that. But if you put all of your energy into trying to do things the way you think you should, you end up missing all of the things that make your life unique, the tiny, beautiful sentences that combine to form your story. Eventually I figured out that the parts of myself I was trying to hide and change were the parts that I liked the most; my hypersensitivity to everything from lights to sounds to people’s feelings, the way I tend to think in pictures, and the fact that I have to daydream a little bit before I can say exactly what I mean aren’t negatives; they are assets that give me a unique perspective on the world.

Believing in a Manual of How to Be Normal was my way of dismissing people I didn’t understand. I realize now that everyone’s brain comes with a different set of instructions, and everyone’s idea of normal exists only in their eyes. If I could travel back in time and tell my 13-year-old self anything, it would probably be that the world is basically a disaster area of people who have no idea what they’re doing. Everyone just wants to do things “the right way,” even though no one really agrees on what that is. Now I can see that “normal” is just in my head: for all I know, everyone else is sitting around wondering why they can’t do this or that, trying to correct the misprints in their own personal editions.

I’ve come to appreciate the unpredictable messiness of the manual in my brain. I still have trouble feeling comfortable in many situations—mostly social ones. But even when I’m struggling, I just remind myself that as soon as you let go of the idea of trying to fit some kind of ideal, as soon as you stop comparing yourself with everyone else and focus on what you want to do instead of what you’re expected to do, it gets easier to ignore that voice that keeps telling you you’re missing something, or you’re too late, or you’re not smart/beautiful/charming enough. And then one day you will realize that you don’t need someone else’s Manual of Normal. Because you’ve been going by your own book all along. ♦