A manicure for the brave, the proud, or the theme-oriented. 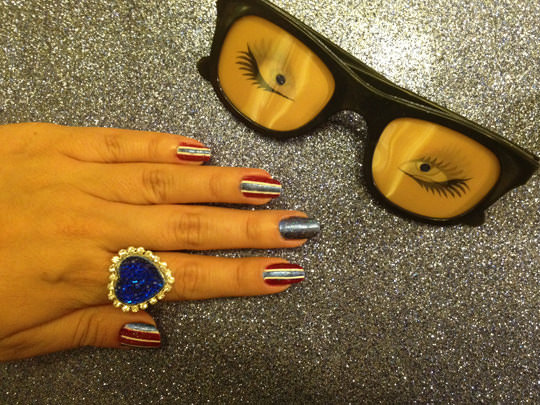 It’s time to celebrate Fourth of July here in America, and that calls for a patriotic mani (well, if you are theme-oriented like me). Instead of doing a literal American flag design, I decided to try something inspired by the stripes on the costume of Evil Knievel, the famous daredevil who broke more than 400 bones over the course of his career! 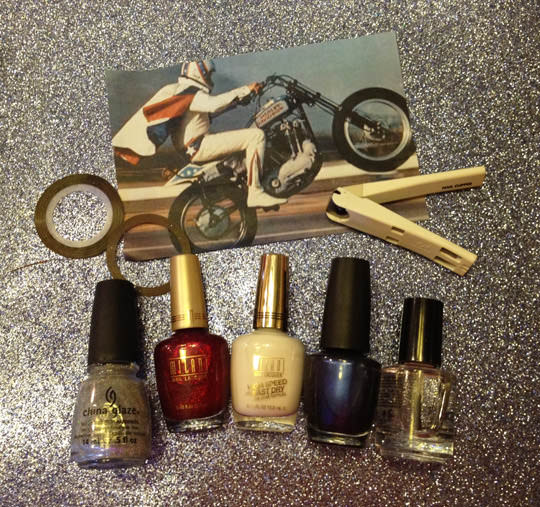 1. When working with striping tape, you will need your nails to be completely dry. I painted mine white the night before. 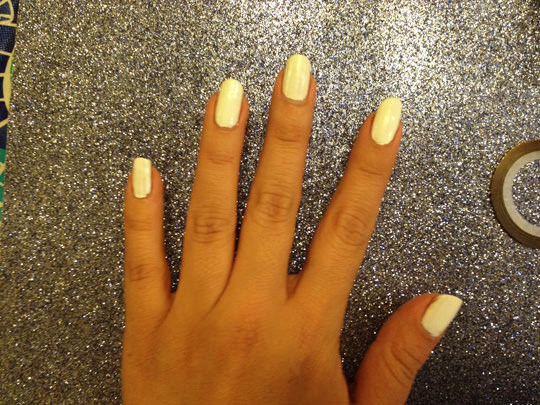 2. Using the nail clippers, cut your tape and gently place it where you want the white stripe to appear on your nail. Keep in mind that anything not covered by tape will be painted over. 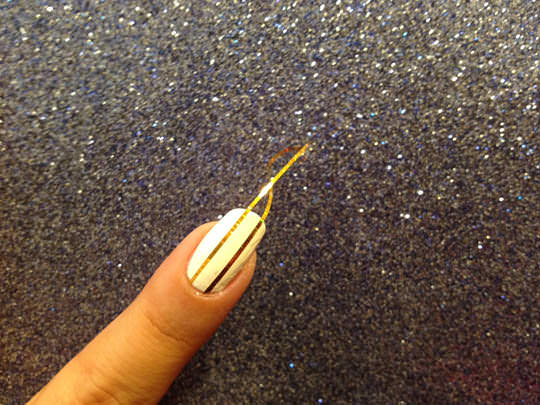 3. Paint your red polish on top of the first white area on the right. Be careful not to go over the tape, so that the edges will be straight and precise. 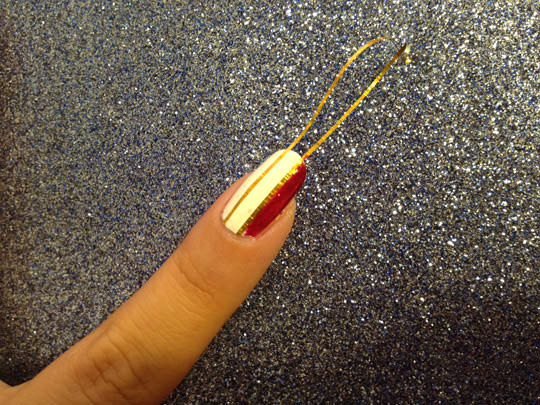 4. Using blue polish, paint over the white stripe in the middle between your tape borders. Again, be careful to stay within the lines! 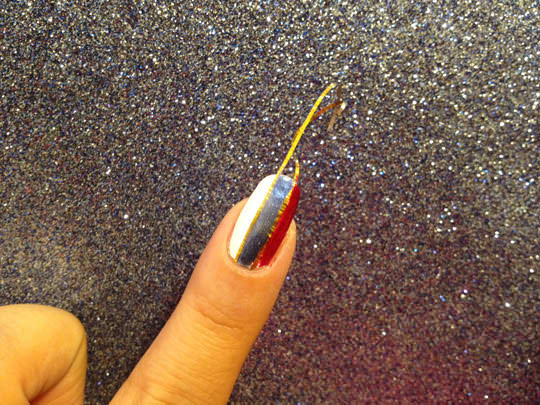 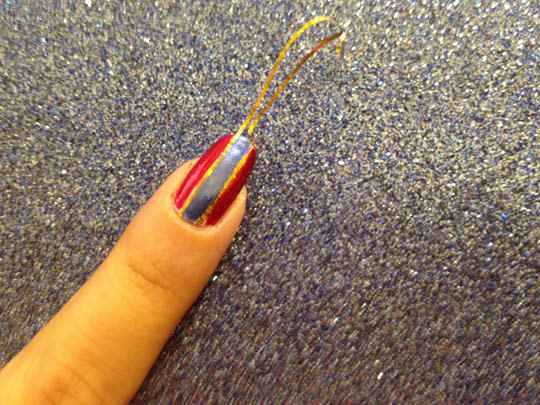 6. After waiting for a minute or two, slowly and carefully peel off the tape. You should see two perfect white stripes! 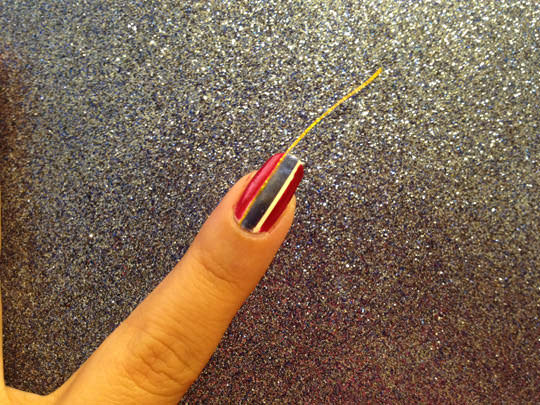 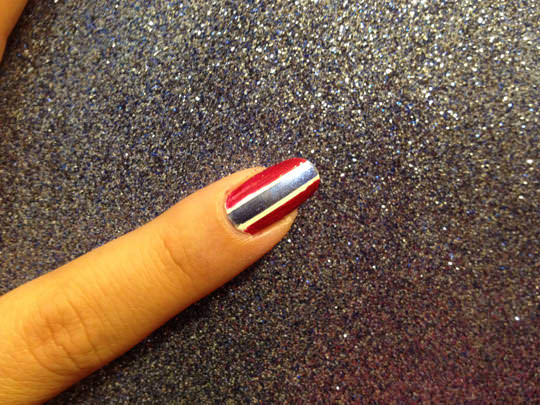 8. Do some fingers differently. I really wanted to show off more of this Spider-Man blue, so I painted one finger blue with glitter. The ring finger is generally considered the “accent nail,” but I was compelled to do my middle finger. 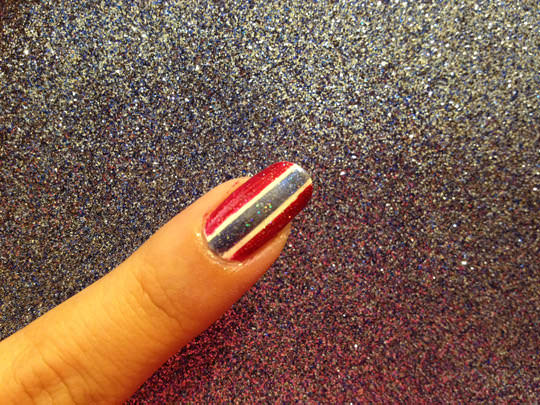