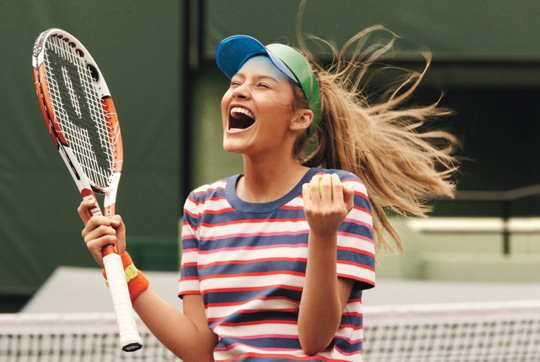 As a kid, I was what you might politely call the “indoorsy type.” To put it less politely, I was a bookish, tragically unathletic girl who literally tripped over her own feet and had a litany of vague medical excuses for not participating in gym class—of which my phony second-grade ulcer was the crowning achievement. When I decided to take up jogging a few years ago, it was the first athletic activity I’d ever voluntarily taken part in. I remember going out for a run at 10 PM, so convinced was I that my inelegant canter was unfit for the light of day. That’s why it’s sort of funny that in the past few years I’ve started dressing in what I like to call “vintage sportif chic.” It’s a flirty, loose take on sporty basics that are really fun to wear. Best of all, you don’t need to know a baseball from a batting glove if that’s not your thing. Here’s how to do it from top to toe:

The Athletic Jersey
OK, this is a tricky look, because a certain kind of jersey can read a bit Pauly D. You might want to avoid wearing those gigantic jerseys with the huge gaping armholes that come down to your knees. If you stick to something vintage and fitted, then you’ll look just as amazing as Swedish high jumper Gunhild Larking, seen here awaiting her turn at the Melbourne Olympic Games in 1956: 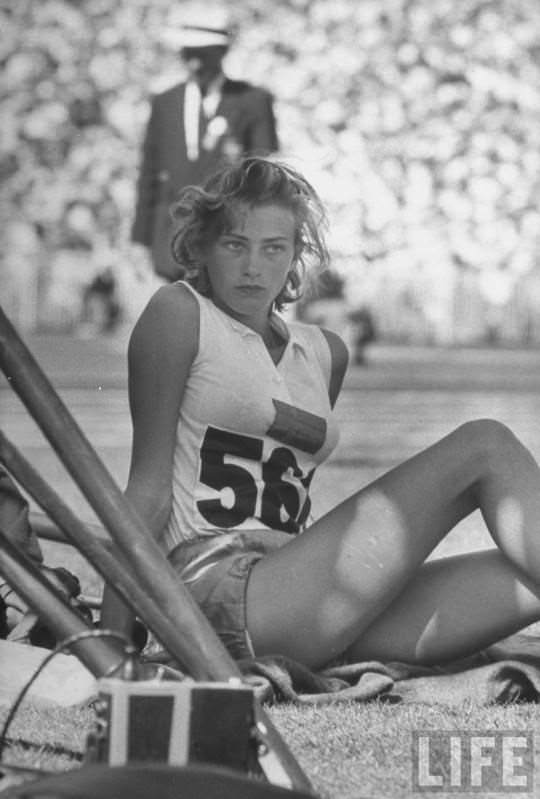 Image via Sighs and Whispers 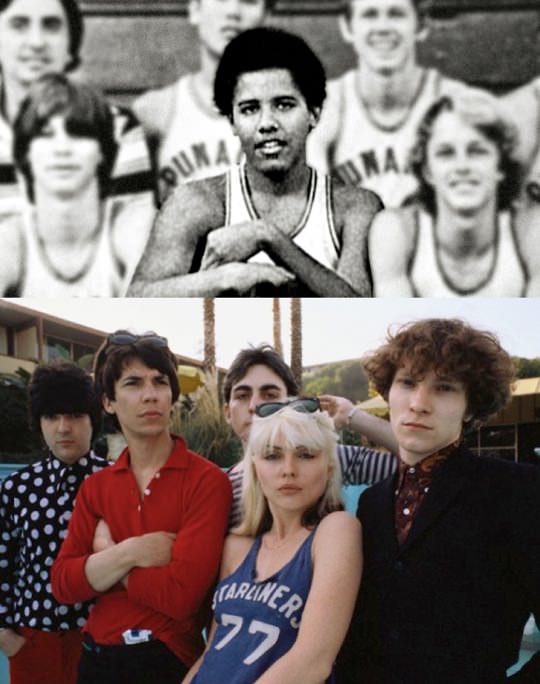 Images via HBO and Modafocka 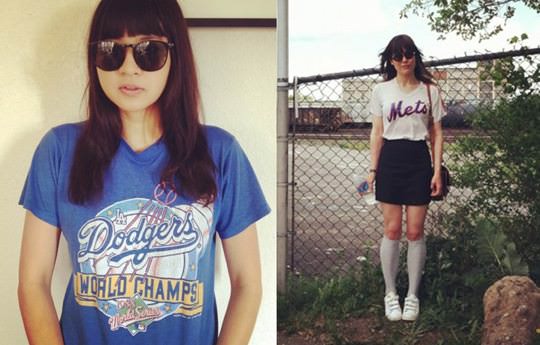 Images via Ornithes and Born in Flames

Another good choice is the worn-in baseball tee: Annabel of Ornithes thrifted her ’88 Dodgers T-shirt, my boyfriend kindly indulges me when I beg to borrow his dad’s Mets tee that’s as old as he is, and Etsy has a million similar options. 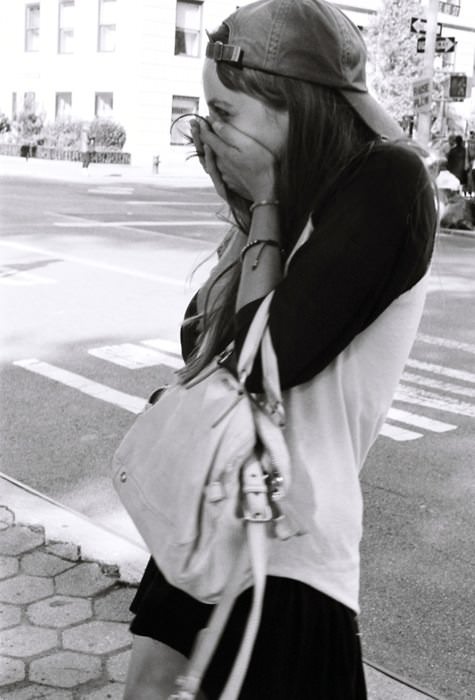 Image via Born in Flames

If the thrift gods aren’t giving up the goods, a classic three-quarter-sleeve baseball tee is also super cute, and you can find one for about 10 dollars in any sporting goods store. 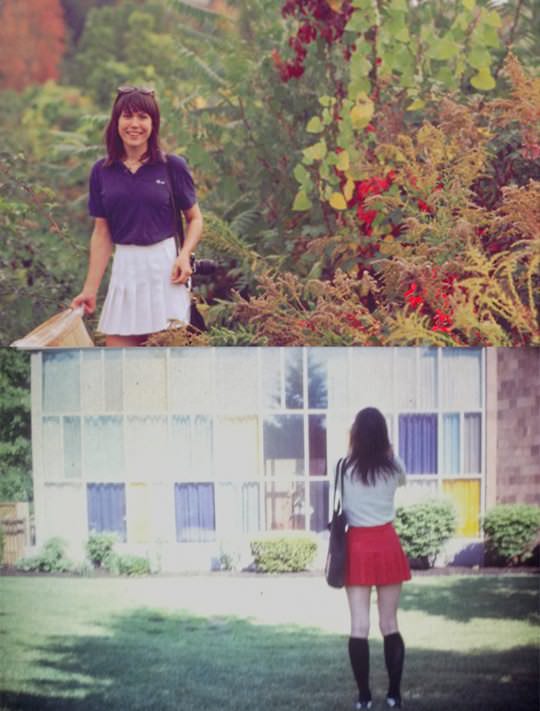 That’s me in both of the photos above. When I recently showed up at a barbeque wearing that red skirt, a friend rolled his eyes and said, “Do you ever NOT wear pleated schoolgirl skirts?” which was really stupid of him because it is clearly a TENNIS skirt, so you can quit skirt-shaming me thankyouverymuch!

All right, so I have been working this look pretty hard, but who can blame me when it’s so much fun?! It’s nice and cool for the summertime, and I feel like it really makes me stand out from the hordes of girls wearing cut-off jean shorts (I own six pairs of those, but you know what I mean). To pull off this look, you want to find a short-ish skirt with nice knife-sharp pleats so it’ll swish when you walk or dive for that serve or whatever—this one from Lacoste is pretty much perfect. 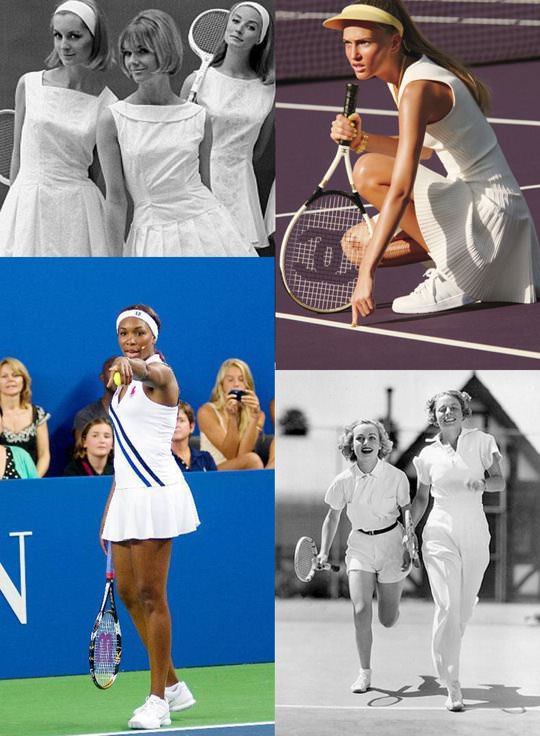 Keep in mind that Wimbledon participants are required to compete in all-white outfits, so light colors will make you feel especially classic and tennis phenom-y.

What about kicks?
In keeping with the tennis theme, let’s talk classic court shoes. Converse Jack Purcells and Adidas Stan Smiths are great, but my all-time favorites are Nike All Courts. Nike’s 1978 endorsement deal with tennis player John McEnroe made his white-and-turquoise pair iconic, and the shoes soon became popular for the street as well as the court. 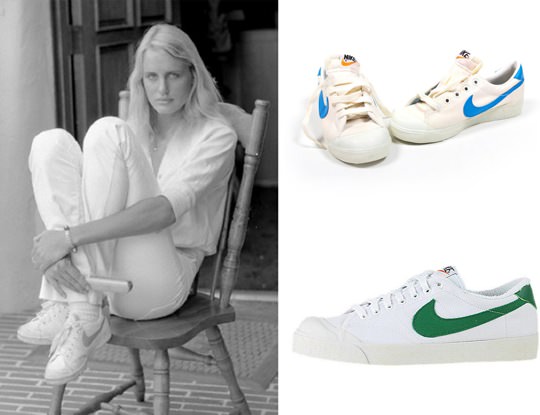 How hot does Daryl Hannah-circa-1980 look in her All Courts? The shoes were briefly out of production, but luckily Nike has brought them back in every color of the rainbow. 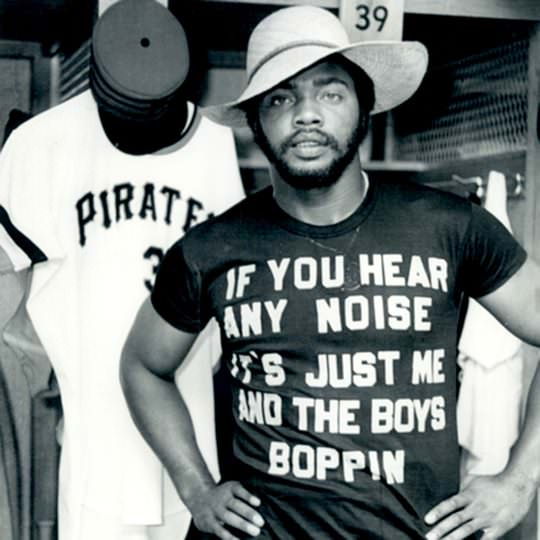 Sports stars can be pretty inspiring off-duty, too. Right now I’m sort of obsessed with this photo of Pittsburgh Pirates right fielder Dave Parker from 1979. He was such a powerful hitter that as a minor leaguer in Charleston, West Virginia, one of his home run balls landed in the coal car of a train which eventually ended up in Columbus, Ohio. Dave made this T-shirt himself as a tribute to his legendary hitting power, and the only thing more rad than the image of him hunched over an ironing board with a bunch of little felt letters is the fact that he chose to wear it with a big floppy straw hat (style for dayyyyys!!). Homage just started remaking this tribute T-shirt, and I can’t wait to get one and wear it all summer long with a wide-brimmed hat, a cocked hip, and a badass “just me and the boys” attitude—batting lessons optional. 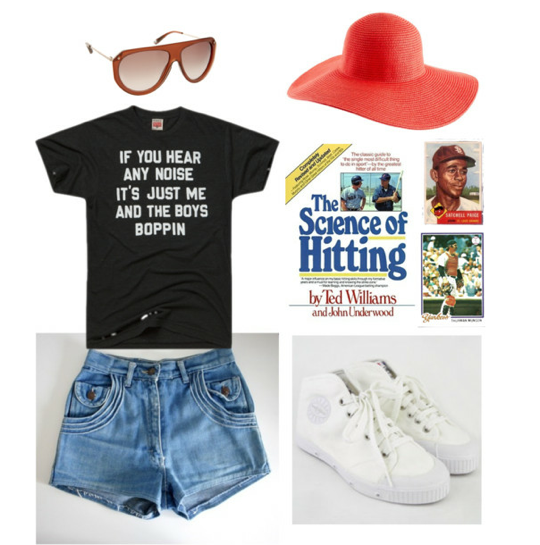