The month wouldn’t be complete without this. 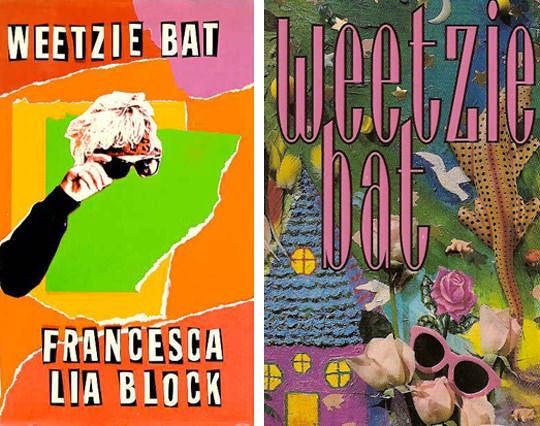 I was 14 when I first discovered Weetzie Bat at my school library. I was experiencing a lot of new ~teen feelings~ during that time, relating to the longing angst of Angela Chase while also trying to decipher the quirky, in-love-with-life lyrics of Björk songs. Francesca Lia Block’s book (the first in a series) tied together all of these themes that were dancing in my head and wrapped them up in a sparkling little story about a bleach-blonde, Jayne Mansfield-loving, mosh pit-seeking girl and her makeshift family of misfits coming of age in Hollywood. I fell fast and hard for Weetzie, her gang, and the incredibly lush details Block uses to bring to life a city that is both dirty and dazzling. I don’t think I talked about it with any of my friends until much later, like it was some sort of special secret that I should keep to myself.

The book is very short, yet spills over with vivid descriptions of the “pink flamingo sky” and Weetzie’s “old fifties’ taffeta dresses covered with poetry written in glitter.” It also touched on serious subjects that were treated as taboo at the time—homosexuality, interracial families, AIDS—and infused the whole story with magic: Weetzie inherits a lamp, and a genie grants her three wishes. As you might expect, getting everything your heart desires doesn’t come that easily. She makes mistakes and fumbles from time to time, especially in her relationships, but she always stays true to herself. 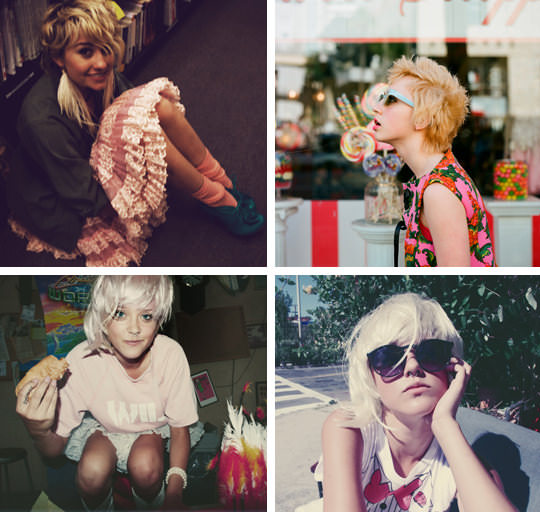 Over the years, Weetzie fans have paid tribute to her in their own special ways. In 2010, Wildfox Couture did a Weetzie-themed editorial that included shooting on location at Oki-Dog, where Weetzie would devour the “wildest cheapest cheese and bean and hot dog and pastrami burritos.” They also sponsored a reading of the Weetzie Bat screenplay that was hosted at West Hollywood’s Book Soup in August of that same year, with singer/actress Chelsea Kane portraying Weetzie. There hasn’t been much talk about the possibility of a movie since, but Weetzie fans continue to keep their fingers crossed. Wildfox also partnered with Francesca Lia Block to create a mini-collection called Magical Creatures, which will be out this fall. And photographer Autumn de Wilde shot a Weetzie Bat tribute for Paper magazine last year.

Weetzie is a cult icon, with style that is easy to envy but even easier to replicate. She rocks many eclectic looks, like pink Harlequin sunglasses, dangling earrings, fringed pants, colorful kimonos, moccasins, feathers, and even dresses made out of old cartoon bedsheets. She embodies a particular girliness, appealing for being both accessible and original at the same time. Channel her free-spirited, pixie-punk steez with these outfits. Then make a wish (or three) and pretend you’ve been transported to “hot and cool, glam and slam, rich and trashy, devils and angels, Los Angeles.” 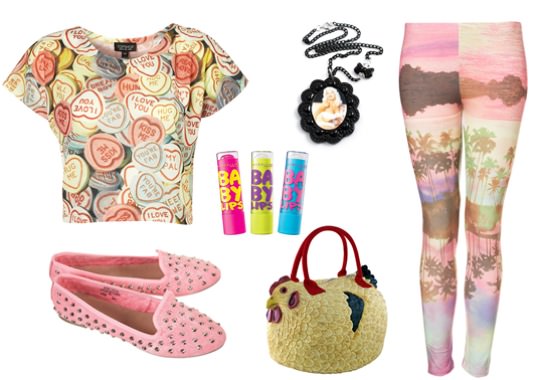 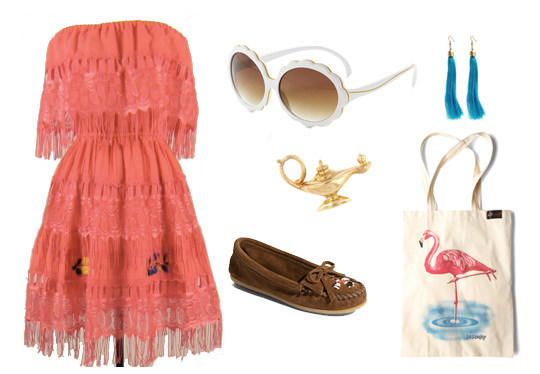 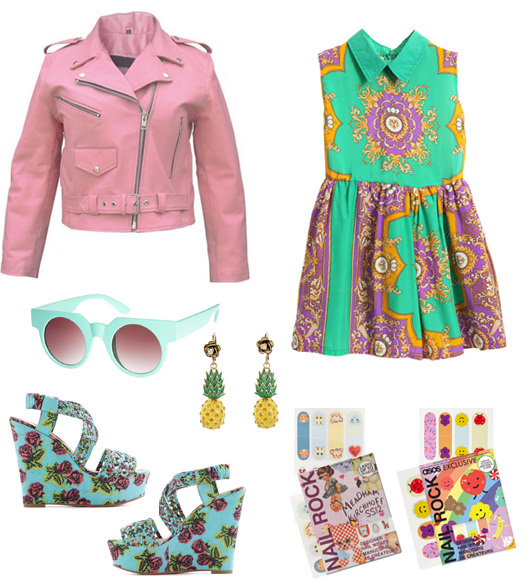