The sick and sordid side of Tinseltown. 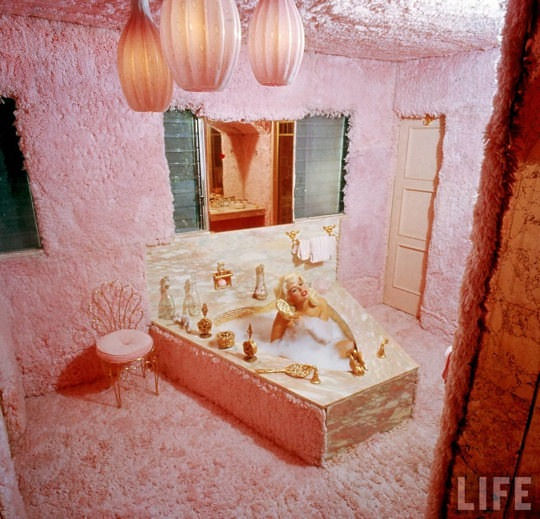 Growing up I read the National Enquirer as often as The Baby-sitters Club books. This made me both well-educated and a teeny bit obsessed with the seedy, dark side of Tinseltown. My love of trashy tabloids led me to books like The Hollywood Book of Scandals and Kenneth Anger’s controversial Hollywood Babylon, which were full of stories that only made me MORE interested in what really went on behind the scenes. Of course we’ll never know whether Joan Crawford was secretly in love with Bette Davis, but I’m pretty sure that the scandals from the golden age of Hollywood are much more interesting than the boring-ass “Kim Kardashian Breaking News!” headlines we have today. Back then it seemed like every celebrity died under questionable circumstances. Some of these mysteries were left unsolved, and many remain suspicious to this day. The myriad books, movies, and blogs dedicated to the tragic demise of Hollywood stars proves that I’m not the only one who thinks these strange deaths and scandalous rumors are creepy and fascinating.

Here are a few of my favorite ladies whose lives were cut way too short. 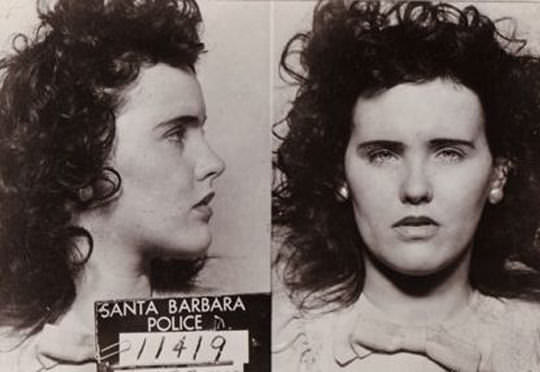 The Black Dahlia
Elizabeth Short was an aspiring starlet who was brutally murdered in Los Angeles in 1947. (WARNING FOR GOOGLERS: her death was really gory.) Elizabeth was the original GOTH. She wore all black, geisha-style makeup, and a flower in her hair. It’s uncertain how she earned the nickname the Black Dahlia, which was a spin on the movie title The Blue Dahlia. Some say it came from the local military dudes who would see her hanging around the soda fountain at a Long Beach drugstore, while others claim it was invented by the newspapers, hungry for a catchy handle for their stories. The media sensationalized her murder so much that the crazies really came out of the woodwork. More than 50 people confessed to the crime. Suspects ranged from doctors to a bellhop and a nightclub owner, but the killer has never been found. The Biltmore Hotel in downtown Los Angeles was one of the last places she was seen. I’ve stayed there a couple of times, but haven’t come across her ghost yet. I seriously cannot get over the fact that the Black Dahlia murder was never solved, even with all the crazy commotion it caused. So tragic! 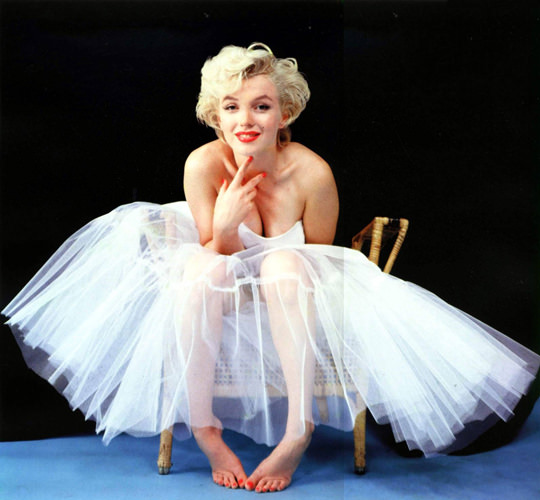 Marilyn Monroe
One of the biggest movie stars in the world, Norma Jeane Mortenson, aka Marilyn Monroe, died in 1962 at the age of 36 by overdosing on sleeping pills. Some people consider her untimely death unresolved, because although she had attempted suicide in the past, she had recently expressed excitement for upcoming film projects and a possible reunion with her ex-husband Joe DiMaggio. There are those who believe her death was part of a conspiracy, since she may have been boning down with both Kennedy brothers, and possibly knew too many of their secrets. She loved hanging out at the Roosevelt Hotel in Hollywood, and to this day people claim they’ve seen the ghost of Marilyn reflected in a mirror in the lobby. 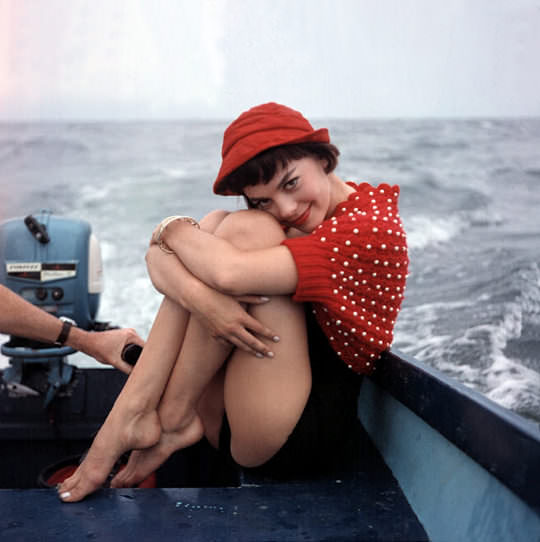 Natalie Wood
Ten years ago, I read a biography about Natalie Wood (born Natalia Nikolaevna Zakharenko) that portrayed her mother, Maria, as extremely superstitious. When Natalie was just a girl, Maria reportedly visited a fortuneteller who said that her second child was destined for fame, but that she should also “beware of dark water.” Natalie did become famous, first as a child actress (she was the star of Miracle on 34th Street!), and then as a teenager, when she co-starred with James Dean in Rebel Without a Cause and played the lead in West Side Story. As for the “dark water” premonition, it came true when Natalie accidentally drowned in the ocean near Catalina in 1981. There is still a lot of suspicion surrounding her death, because it happened when she was on a boat trip with her husband, Robert Wagner, and her friend Christopher Walken. Some say that these two dudebros got into a fight over Natalie right before she drowned, although Walken denies it. She was thought to have slipped and fallen into the water after attempting to board a dinghy that was attached to the side of the boat. But nobody actually saw her fall into the water, so who really knows what happened? What if someone pushed her? Or maybe she slipped and called for help but her cries were ignored? In 2011, when the boat’s captain told the police that a fight between Natalie and Wagner led to her death, the case was reopened, but they found no new evidence of foul play. I think it was VERY STRANGE that she died by the one thing that she was basically programmed by her mother to fear. 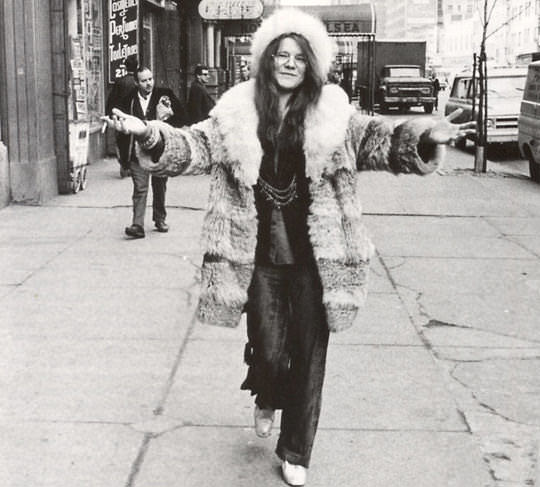 Janis Joplin and the 27 Club
The Queen of Psychedelic Soul, Janis Joplin, was another famous talent who suffered a somewhat surprising drug overdose, because she had been clean and sober for six months prior to her death in October of 1970. She was in L.A. recording her album, Pearl, when she shot up the lethal dose of heroin that killed her. Janis is a member of the “27 Club,” which is a creepy concept that posits that the hard-living lifestyle of musicians makes it hard for them to live beyond the age of 27. The list includes Jim Morrison, Jimi Hendrix (who died a couple of weeks before Janis), Kurt Cobain, and, more recently, Amy Winehouse. 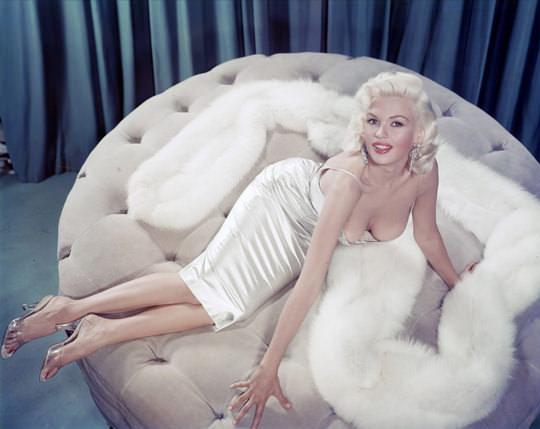 Jayne Mansfield
Jayne Mansfield (aka Vera Jayne Palmer) was an actress and a sex symbol, and one of my all-time favorite style icons. After starring in movies such as The Girl Can’t Help It (Weetzie Bat’s favorite) and Kiss Them for Me (the Siouxsie and the Banshees song of the same name is an ode to Jayne), she bought a 40-room mansion and painted the entire house pink. It had pink carpeting in most of the rooms, a heart-shaped bathtub, a heart-shaped fireplace, and even fountains that spouted pink champagne. Her second husband, Mickey Hargitay, built her a heart-shaped swimming pool and put an “I Love You Jaynie” mosaic in gold leaf at the bottom of it. Sadly, some assholes tore it down in 2002, so my future husband is going to have to build my Pink Palace from scratch. Anyway, Jayne was no stranger to controversial publicity and stood by the belief that there’s no such thing as bad press, as evidenced by the infamous nip slip photo op with Sophia Loren. Her brief encounter with Anton LaVey, founder of the Church of Satan, caused some to believe her gruesome death from a car accident in 1967, at the age of 34, was the result of a Satanic curse. Apparently LaVey was in love with Jayne and had put a hex on her lawyer-boyfriend Sam Brody, who was also killed in the crash. Is there anything more INSANELY FREAKY than Jayne Mansfield’s campy, Satanic, pink, heart-decorated life? I don’t think so. But if there is, I’ll surely read about it in the tabloids. See you in HOLLYWEIRD… ♦