His films are complicated and disturbing, but so is life! 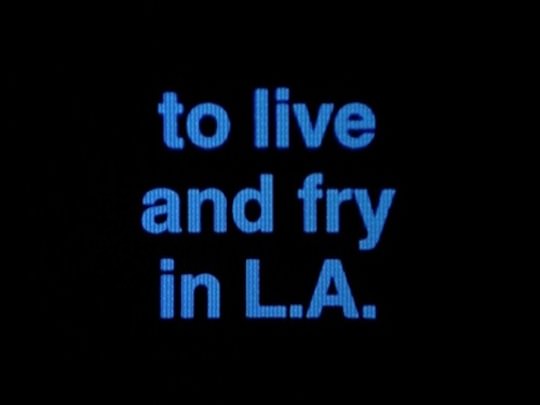 There exists a Los Angeles that is perpetually headed toward an apocalypse. It’s an L.A. where everyone seems to be taking some sort of psychedelic drug, frantically escaping from the scene of a crime, or cruising moodily in a convertible with a bag of Doritos in one hand and a cigarette in the other. No matter what someone’s doing (making out, playing hide-and-go-seek, buying fast food), it’s set to the sounds of shoegaze: Airiel, Slowdive, Whirl, Ride. Landscapes are Technicolored, checkered, or polka-dotted. Streets are lined with signs and billboards that scream messages of imminent suffering: a street bench reads “GOD HELP ME,” while a gas station sign shouts “SHOPLIFTERS WILL BE EXECUTED.” Everyone you see, whether they’re a teen junkie or an aspiring filmmaker, just seems so chill about how they are undeniably doomed. So how can we get to this L.A.? By way of Gregg Araki’s Teenage Apocalypse Trilogy, of course, which is totally effed up yet Literally the Best Thing Ever. 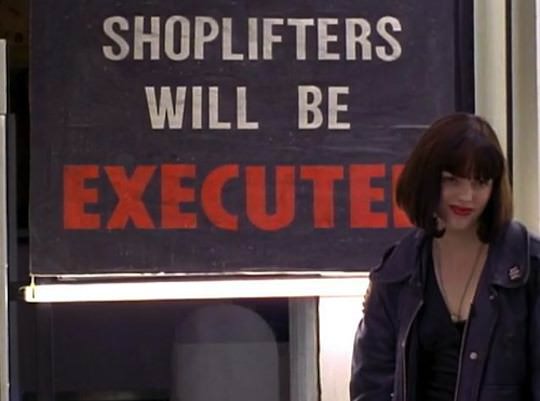 Gregg Araki, a poster child for ’90s independent queer cinema and a native of Los Angeles, started his Teenage Apocalypse Trilogy in 1993 with his faux-documentary Totally Fucked Up, which follows the lives of six gay teenagers living in the L.A. area. The second movie in the series was The Doom Generation (1995), starring Rose McGowan as dirty-mouthed bad girl Amy Blue, who finds herself in a love triangle (or, really, a sex triangle) with her boyfriend and a drifter named X. The last film in the series, Nowhere (1997), is my favorite of the three, and is the story of several teenagers who live in an alternate dimension-version of L.A. It features cockroach aliens, lizard men, and insane televangelists. The cast reads like a who’s who of teen celebs of the ’90s: Christina Applegate, Denise Richards, Ryan Phillippe, Traci Lords, Mena Suvari, and Shannen Doherty all make appearances. It’s like Araki was trying to disguise his avant-garde filmmaking with pop culture references. Or maybe he just made pop culture avant-garde.

Visually, the Teenage Apocalypse Trilogy takes its cues from pop art. Totally Fucked Up is split into sections, each one introduced with a flash of bright blue text, like “the young and the hopeless” or “lifestyles of the bored and disenfranchised,” set against a black background. The sets in Nowhere range from a garden-like bedroom filled with real flowers to a bathroom with psychedelic Twister-board wallpaper (that just happens to match one character’s overalls). And the costumes are as outrageous as the sets. Amy Blue’s all-black ensemble is such a classic bad-girl look; the cool kids from Nowhere dress up in S&M-inspired outfits and glittery kitten-printed T-shirts. Araki’s characters always look like they are eternally searching for the nearest rave or out-of-control house party. 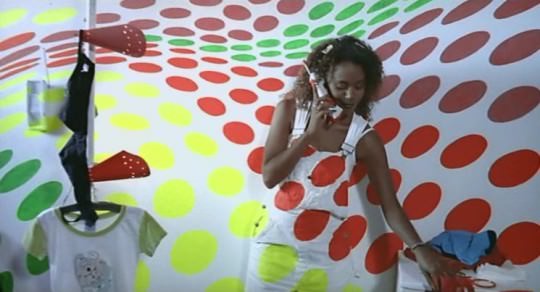 Gregg Araki’s movies have all the ingredients of a mainstream, commercial depiction of teenagers having fun in a cool place like Los Angeles. Here are teenagers, they’ve got cars, they’re having sex, and they like to have fun. It’s the same elements as a 90210 or Clueless, but with a dose of darkness. Unlike typical teen movies, Araki’s films push past the fluffy proclamations of love and lust to delve into the world of eating disorders, sexual abuse, depression, and sexual confusion. In a decade that glamorized the lives of spoiled, rich Californian teens, Araki’s depiction of gay youth and his explorations of teen stereotypes were innovative and alarming. While Hollywood’s scripted teens of had “problems” like figuring out how to get into a club or how to use their parents’ credit cards effectively, Araki’s characters were dealing with AIDS, homophobia, rape, and suicide. Sure, they are witty and sarcastic (Amy Blue’s smartassery is legendary—her favorite saying is “Eat my fuck”), but they also exist in an exaggerated landscape of teenage suffering. Nowhere ’s Egg is raped by her movie-star date; the gay teens in Totally Fucked Up are kicked out of their homes because of their sexual orientation.

The Teenage Apocalypse Trilogy is not for everyone (Roger Ebert gave The Doom Generation zero stars, BOO!) and the movies are definitely rated R for a reason. They are complicated and disturbing, but so is life! Araki’s fantasy L.A. seems artificial, yet the adolescent emotions and angst are totally genuine. The characters are always literally facing the end of the world, but aren’t we all kind of doing that too, every day? 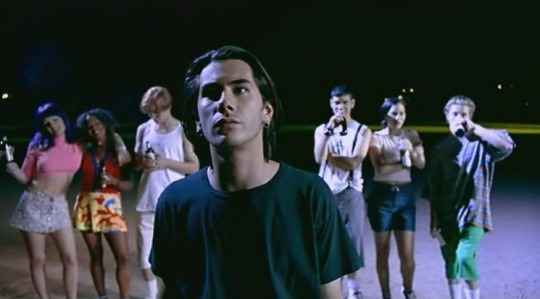