An argument for being a poser. 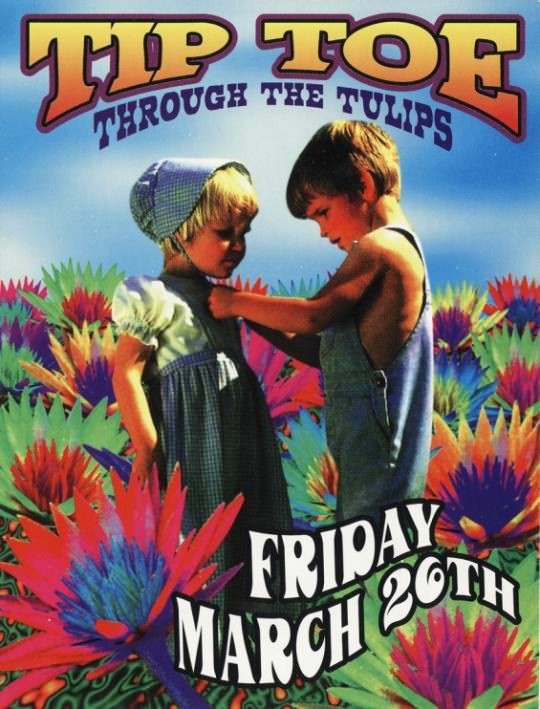 There comes a time in every young person’s life when she is faced with a crucial dilemma: which alternative subgenre do I belong to? This question is both totally ridiculous on its face, and actually important: its answer forms the beginnings of how you figure out “who you are.” Furthermore, when you’re in high school, your chosen subculture is your escape—the place where people actually get you, where you don’t have to pretend (as much) all the time. In this specific hidey-hole of rebellion, you will find freedom, and acceptance, and a kind of family—just as soon as you can figure out how to look like that. Because that’s the first step to fitting in, right?

But aren’t you not supposed to have to think about any of this? You’re supposed to just KNOW WHO YOU ARE and BE YOURSELF, right? Your community will call to you from within your soul. Those of us who’ve really pondered this, and made premeditated, focused, and/or organized maneuvers on just how to start being this or that or that other thing, well, aren’t we kind of inauthentic? You can’t just decide one day that you feel seapunk and then show up the next in an acid-washed frogskin bodysuit with dyed green hair, can you? Doesn’t that make you a poser?

Yes, you damn well sure can, and yes, it sure does. And both those things are totally fine. I’ll tell you why in a minute.

When you come across that thing that takes a seam-ripper to the sewed-up reality you’ve been living in—the one that tells you that you have to get perfect grades and stay out of trouble and hang out with the “right” people so that you can get to the “right” places later in life—suddenly there is a lot more possibility than you ever realized. It could just be a photo you saw on someone’s Instagram, or a quote on Tumblr. It could be a wild force of a human you met and desperately want to be friends with, because undoubtedly they will influence you to not only loosen up but possibly become consummately liberated. Whatever that thing is, it looks like freedom, and you want in. By all accounts (unless it looks like cocaine or something), please go chase it!

I had this feeling the first time I went to an underground show when I was 16 years old, a birthday party in a clubhouse that featured a couple of pop-punk bands and a legit raver DJ. This was in the mid-’90s, in the pre–Top 40 Green Day years, back when raves were huge, secret, and illegal. I had no idea beforehand what I was walking into. Here’s my diary entry from that experience, slightly abridged to spare you the boring parts:

Holy moly! This was probably the single most exciting event in my life. At first I felt really dumb because I was wearing a thermal top and farmer jeans. Everyone else’s style was based on the same thing, but they all looked different. One guy thought he was Sherlock Holmes. Another guy carried a cellular phone and a bag of crap with him. I realized there were basically two groups: punks and ravers. The punks were the grungy, dressed-in-black ones who tended to be serious and aloof. The ravers wore big, bright, sporty clownish items and were more at ease with themselves. Most of them had shaved heads, ponytails, and a bad dye-job. I felt like a big nerd with my perfect, natural blond hair.

My freaker friends who brought me were being totally cool to me. I was happy to be babied, because I had no clue what the hell was going on. I was introduced to some pretty girl who was embarrassed of her name (she was punk), then to a guy who kissed my hand (raver). Then I met two girls because I had the urge to pull one’s rattail, so I did. They were ravers and didn’t mind.

At one point we were all told to go stand somewhere else, and I decided I didn’t want to and refused, and I met this other girl because of that. “All right!” she said. “Start a trend!” I told her I felt dippy in my overalls and she told me I’m starting a new look. I thought she was gorgeous. She started raving her brains out and asked me to dance with her, but I was too shy. She said, “OK,” and left.

That formative experience really yanked me out of the static boundaries of suburban life. These kids were simultaneously ridiculously role-playing from yore and pretending they were aliens from the future? And they were experimenting with their sexuality, which was pretty unheard of where I came from? Holy shit. From then on I decided, Screw it, time to let go, I don’t want to dress or be normal anymore, so I didn’t. One day I looked punk, in a kid’s baseball shirt, a spiked collar, a crushed-velvet mini skirt, and shredded fishnet stockings with visible garters; the next I was in enormous phat pants, a neon-yellow crop top printed with hot-pink flowers, and stickers all over my face. People did not know what to make of me, a straight-A former cheerleader who played soccer year-round, caused trouble incessantly, went to punk shows in skate parks, and snuck out on school nights to go to raves a state or two over. I didn’t fit in with the art kids because I couldn’t draw; I didn’t fit in with the other honors students because I was way too weird. Therefore, on all accounts, I was a poser.

I really did try to commit to my One True Sub-Genre, but I was too complicated (as are you), and it was all just way too perplexing of a puzzle to navigate. The ravers were so positive, fun, spiritual, and forward-thinking; the punks were raw, deep, and somewhat political, and they understood struggle. There was no way to choose between the two, and it hurt at the time to have my sincerity under inquisition from both camps and beyond just because I was curious.

But thank goodness for dabbling! It’s how you develop dimension to your personality and interests. You get smart and possibly eccentric from experience; your fantasies become richer, your dreams engorged with possibility. Because that’s what this is all about, right? The hope or belief that in a pocket of the big wide world, somewhere, there are things happening that are more interesting than your current surroundings might afford. And the more you dip in and out of escapist wormholes, the more you discover that your hunches are correct. So if you change your mind after a week on S.S. Seapunk and decide you’re actually goth, great! Go bite that style as wholeheartedly as you can muster. Be a ho about culture. Be a poser—because everyone’s posing, all the time, and the realest of us are at least honest about it. ♦

Liz Armstrong lives in Los Angeles, writes for a living, and is currently posing hard on the too-sexy-child-pop-star/mermaid-from-Venus scenes.