This doesn’t have to be a radical idea.

Be Safe or Be Sorry! 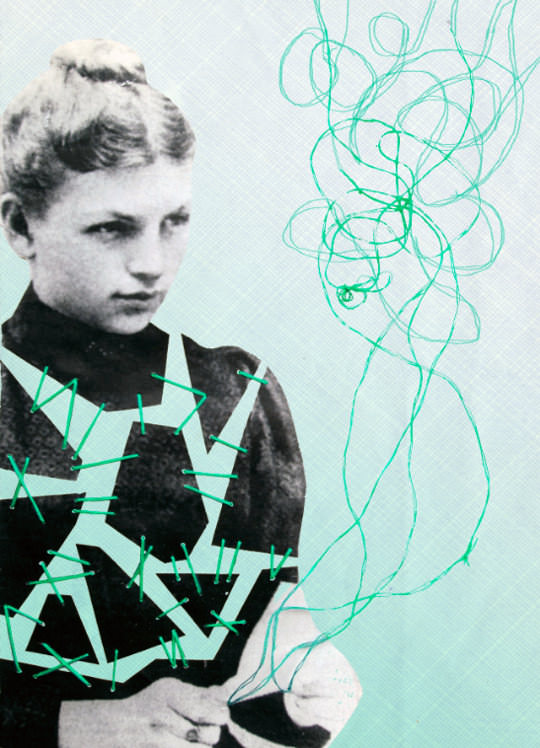 For many of you, school’s out for the summer, and hopefully, you’re getting the opportunity to crash for a while: sleep in, play video games, do absolutely nothing to aid your future academic prospects—in fact, do nothing at all. Which is great. You are probably tired as all get-out right now, and you deserve it.

But some of you might start to notice something: you might not feel any less tired. In fact, after the push of getting through finals—plus work or sports or applying to colleges or whatever extracurricular activities you’re doing—you might feel as though you will never be less tired. This is a condition to be avoided. It’s what’s known as burnout, and what it means is this: there’s only a certain amount of stress that people can take—emotional stress, physical stress, whatever. There’s a limit, and if you reach that limit and force yourself to go past it, you start pulling on your emergency reserves of energy without letting yourself recover. And sooner or later, you might crash.

This is presented as an adult problem. “Burnout” is supposed to be the sort of thing that only happens if you are a fancy business lady whose job involves tough decisions and (preferably) shoulder pads. But it happens to young people, too. Stress is not some club where people vote and drink whiskey all the time. It’s just life. And young people—especially young perfectionists who are ambitious and/or pressured to succeed —burn out all the time. They just aren’t taught to recognize or deal with it, because they’re not old dudes named Chet who work in a bank.

Well, you need to recognize it. And you need to know how to stop it. This can be a radical notion, especially for girls, because it involves paying attention to yourself, or saying “no” to people, or adhering to your own opinion of what you need rather than trying to keep up with what everyone else needs or wants from you. In my experience, these aren’t always things that girls and women are encouraged to do.

There are a few ways to tell if you’re slipping into stress overload. If you always feel tired, even after a full night’s sleep or a few days off, that’s an indication that something is wrong. Insomnia is another warning sign: sometimes stress can actually keep your body from shutting down, and the less sleep you get, the more stressed you become. And exhaustion and stress can lead to poor habits, which can lead to actual illness. It’s a vicious cycle.

There are also emotional signs, which are more insidious, because they just feel like natural ways to react to a bad situation. Often, burnout happens when people who care about doing well or who are used to accomplishing things easily respond self-destructively when a situation (a relationship, a class) isn’t working out. They assume they can and should fix everything themselves, so they put more effort in and cut down on “non-essential” fun stuff rather than asking for help or accepting that they’re in a no-win situation. But this is draining. It is possible to care about something so much—getting into a certain college, being the best player on your team—that it breaks your ability to care about anything else. So stress can manifest as apathy towards things that used to matter deeply to you, or irritation at the very idea that you should have to engage with the world.

And, again, this feels natural. This is what it means to WORK HARD and BE PASSIONATE. But these can also be symptoms of depression, which can develop as a result of these patterns. If you’re suddenly antisocial or angry all the time, you should see a doctor. Maybe you’re burning out.

Of course, in order for you to tell anyone about all this, you have to notice it. And many people just drive themselves into breakdowns, because they don’t consider their own needs important and they don’t pay attention to them. This could sound like cheesy advice, but keep a journal. Not a Tumblr, not a blog, not a series of Facebook status updates that represent your public, plugged-in persona—an actual Word file or notebook that no one else gets to see. When you write privately, you can say what you actually feel, not what sounds good. And it doesn’t have to be profound. My journal is composed mostly of sentence fragments and lists, like “THINGS I WOULD LIKE TO STOP BEING ANGRY ABOUT EVENTUALLY.” If you don’t have a lot of time or anything to say, just write one or two sentences per day: “I am feeling [BLANK] because [BLANK].” Over time, you might start seeing recurring concerns or behavior. At the very least, you’ll notice your emotions as they arise. Once you actually know what you’re feeling, you can make decisions about how to respond.

You also need to start checking in with your body. Every natural, short-term response to stress—sleeping less, staying inside more, dumping a zillion iced coffees into your system to stay alert, forgetting to eat proper meals—will make you sick if you force yourself to do it over the long term. But checking in with your body can be complicated. Sometimes it seems like girls are never allowed to feel good about themselves physically. So the idea of “taking care of yourself” often turns into this rigid routine of doing yoga for three hours a day, drinking only decaf tea, and eating raw leafy greens harvested by witches that chant passages from The Feminine Mystique at the plants to increase their womyn moon powers, which can become a stressful regimen all its own.

That is not the plan here. This is about acknowledging your own physical existence. I didn’t recognize how unhealthy I was until I tried to keep a list of what I ate every day—not to monitor caloric intake or anything, I just wanted to make sure I was getting the proper nutrition. But when I sat down at the end of the day, I couldn’t remember my meals. I had been so distracted by work that the food had not registered in my brain. So, after that, I just refused to check my phone while I was eating. I gave myself that break for nourishment, and feeling healthier just sort of happened. When you’re aware of your body, you know that sitting in the same chair for three hours with nothing but Diet Coke in your stomach actually feels really bad.

This is the hard part: deciding to change things. All of this introspective stuff can feel dangerous already, and you might ask yourself: Am I being self-absorbed? Unproductive? Narcissistic? Answer: not at all. You need to know which of your obligations you’re putting too much time into without enough support, which people routinely make you feel guilty or upset, which former projects you’ve genuinely lost interest in, and what you’d prefer to be doing instead.

And then you’ll have to do something about it. There are a lot of things you legitimately can’t control when you’re young. You are going to have to go to school (or get your GED). You do have to pass your classes. You may need a job. But then there are probably more things that you think you need to do, because your friends are doing it, or because your family has really specific expectations, or because you were told that in order to appear well-rounded on your college applications, you have to learn to write a screenplay in French while riding a horse.

This is a really valuable adult skill: people care about you, but no one else can take care of you. You have to learn to do so yourself. And an essential part of growing up is learning how to say “suck it” to the people who love you—and maybe even to yourself. I mean, not literally. But, yes, sort of literally. You will not make it a day in this world if you don’t know how to kindly, gently, politely break the news—or simply accept—that there are things you can’t or won’t do. Everyone has to do this eventually. Start now. ♦