Be Safe or Be Sorry!

A staff guide to summer safety at Camp Maple Mountain. 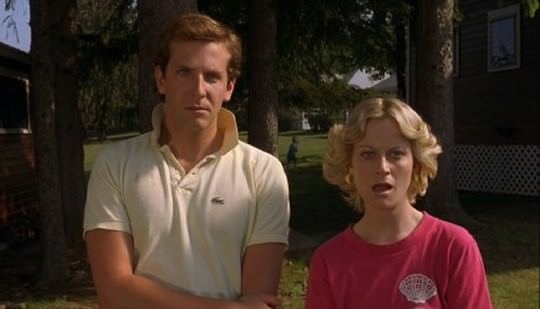 Congratulations on being chosen as a counselor for the upcoming summer session! We’re looking forward to spending the summer with you, making memories—and friends—that will last a lifetime. We have two top priorities at Camp Maple Mountain: fun and safety. You can’t have one without the other! Lord knows we tried three years ago, when [REDACTED DUE TO PENDING LAWSUIT].

It’s important that all new staff members are aware of our strict—but fun!—safety policies. In order to prepare you for your upcoming duties, we’ve asked several prominent staff members to share their own safety tips and camp experiences. Please read this guide thoroughly, so that you’ll be ready for adventure/escape/avoidance of legal action over the course of the Summer 2012 season!

Lila Finch, Lifeguard
The lake is gross as hell. It smells like dead fish and roughly 50 years of accumulated camper pee. The kids barely swim in it at all, but when they do, you basically just have to watch them and tell them not to run, or to drown, or to swim near Eel Point, where all the eels hang out. There’s this one eel named Duke of Eel that has been here since like 1925 or something and he’s like the size of a school bus. There’s all these rumors that he ate a camper in the ’70s, but the director swears that’s just an urban legend. I’ve only seen him once: he’s enormous, he has a French accent, and he wears a fedora made out of aluminum foil. But, I mean, that was also the day that Evangeline and I ate those berries in the woods that we thought were raspberries. Guess what? They were NOT raspberries.

Evangeline Lowry, Counselor, Group 2-A
Stay away from nature’s candy. No joke! You really need to be careful about the harmless-looking stuff that you find along the trails. I ate some berries with my friend Lila once and I almost died. We thought they were raspberries, because we didn’t bother to check the trail guidebook. I threw up for three days and kind of lost my mind? I also apparently told everyone in the infirmary that I was missing my wedding to Gordo from Lizzie Maguire. At one point, I got off of my cot and yelled, “Gordo, I’m coming for you!” and proceeded to poop my pants while whistling “Here Comes the Bride” and stumbling across the infirmary. Class. Real class.

Patrick Wallis, Counselor, Group 3-B
PUT SUNSCREEN ON YOUR DAMN TOES I AM SO TIRED OF TELLING NEW-ASS STAFF MEMBERS THAT THE SUN CAN ALSO BURN YOUR FEET PLEASE STOP ACTING LIKE YOU DON’T UNDERSTAND HOW THE SUN WORKS

Lila Finch, Lifeguard
The ghosts won’t fuck with you if you offer up Starbursts from the canteen every Wednesday night. But don’t put the lemon ones in there, because it’s their least favorite flavor and they will haunt the fuck out of you all summer.

Evangeline Lowry, Counselor, Group 2-A
This whole place is pretty shady, but the pay is decent, you know? My friends always make fun of me for working here. They call it “Camp Murder Mountain,” because of some stuff that allegedly happened here in the ’50s. Something about making lemonade and a fight breaking out and then chainsaws or axes or something? I don’t really know the details. That was like a million years ago, who cares? It’s probably all fake.

Kylie Noland, Co-Director, Camp Maple Mountain
Pay no attention to the rumors and the legends. The only death at Camp Maple Mountain is our famous Death by Chocolate night, which is held on the second Tuesday of July. There’s a chocolate fountain! You can dip things in it! How fun is that?!

Patrick Wallis, Counselor, Group 3-B
PLEASE TAKE THREE SECONDS TO LOOK UP POISONS OAK, IVY, AND SUMAC ON WIKIPEDIA SO I DON’T HAVE TO SEE YOUR OOZING CALAMINE-COVERED SKIN FOR TWO MONTHS K THANKS.

Frank Westmore, Co-Director, Camp Maple Mountain
My only warning would be to try to not eat yourself sick! The food here is fantastic. And nobody was ever murdered here. Just so we’re clear: good food, no murder.

Kylie Noland, Co-Director, Camp Maple Mountain
The meatloaf is always a big hit, and it’s my own recipe. The secret ingredient is FUN!

Evangeline Lowry, Counselor, Group 2-A
Avoid the meatloaf, if possible.

Angelica Provera, Soccer Instructor
Don’t do it with anyone who has ever eaten the meatloaf.

Duke of Eel, Lake Monster
I would like to state, for the record, that I have never eaten a camper. They are vile creatures who sweat and urinate in my lake. They smell of sunscreen and instant potatoes and they never invite me to Pancake Fridays, which is incredibly rude. To eat one would be akin to eating feces, or vomit, or the camp’s meatloaf, which is absolutely atrocious. If I had thumbs, they’d be pointing downward at this moment.

Well, there you have it! We can’t wait to welcome you into our camp family this summer. Please disregard any rumors you may have heard about [REDACTED] or [REDACTED] or the [REDACTED] living in the boathouse. That power plant was closed years ago!

Looking forward to a summer of sun, fun, and safety,
Your Friends at Camp Maple Mountain ♦