What You Waiting For?

The power of no. 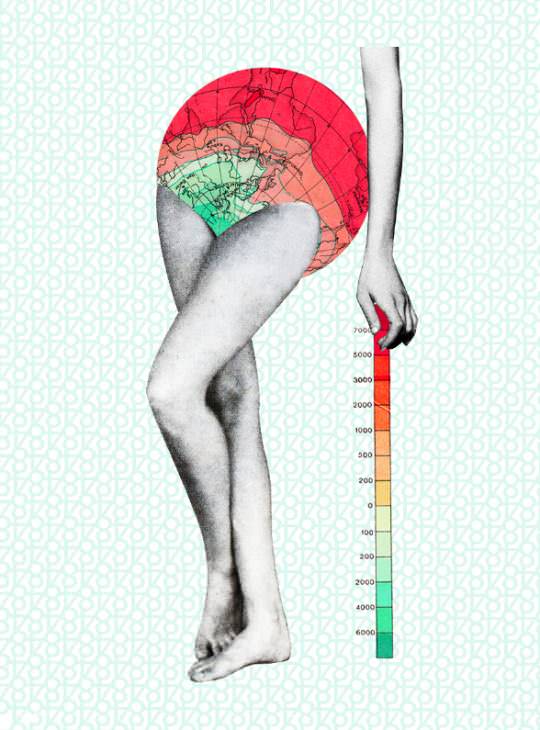 I was a virgin until I was 22 years old. I’ve never met anyone who thought that was normal.

Like lots of Rookies, I didn’t date or have sex in high school; I was too busy hating everyone’s guts. Which was cool, because outside of my friends nobody liked me, either. I was the worst kind of nerd, both nonconforming and mean, and it sort of freaked people out. Was I actually expected to develop relationships with the guys who still used spitballs as their major form of communication? Gross. I never even thought of any of the guys I went to school with as viable options. I did have a major crush on one guy, but he was literally too beautiful to look at directly; I never thought about having sex with him so much as entertained fantasies about merely existing in his beautiful orbit or holding his beautiful hand.

Even though I had ruled out dating, I still knew all about sex. I wasn’t naïve, just uninterested. While the physical act of sex didn’t sound too damaging, the idea of being around, talking to, and dating boys sounded miserable. My friends confirmed this as they all eventually started having sex, and it was a nonstop dramathon from Day One. There were always lots of tears about what he or she said, what he or she did, how awful he or she made my friends feel. I thought that if you liked someone and they liked you, maybe they wouldn’t make you cry all the time. Even though there was drama, I knew that some of my friends were totally ready to have sex in high school, and that relationships and sex can be mutually exclusive. I just knew that I wasn’t ready for either. Nothing about sex in high school seemed like fun to me, mostly because nobody I knew seemed to be having fun with the people they were having sex with.

There seems to be an expectation that girls who don’t have sex are damaged or weird, but it made me feel sort of powerful. I was making a decision about something fairly important at a time when no one really let me make a lot of decisions about my life, and it felt good. I was culturally coached to think of virginity as some sort of anchor for girls, something holding me back from being a fully formed human being. Everything I’d read about sex to that point (mostly in YM or Seventeen) was always about “the guy”: what is he going to feel like if you do or don’t have sex with him, is he going to freak out if you say no, or, if you were reading Cosmo, 800 ways to make him feel awesome. No one seemed to be interested in my feelings about sex, or whether or not I felt good about it. I decided that my strength would be rooted in figuring this sex thing out on my own terms.

I moved to California when I was 19, got pretty serious with the first guy I dated, and we were together for three years without having official sexual intercourse. This never stopped being weird for our mutual friends, who I assume, based on their reactions to my prolonged virginity, were swinging naked from the ceilings now that their parents weren’t around. We did pretty much everything else, but I just never wanted to go “all the way,” and he was cool with it. It was pretty perfect, because I’d had time to learn a lot about myself, namely that I was a totally different person inside of a relationship than I was outside of one. For example, I didn’t know that I could be super-jealous about other girls even LOOKING at my boyfriend, and I hated that aspect of my personality. Or that I’d been fairly independent for most of my life up to that point, and had no idea how to include someone else in my life in a real way. I had some major things to fix before I could consider myself a fully functioning person, and I didn’t think sex would make it any easier. I also couldn’t get used to the idea that someone actually WANTED to date me, having been so completely off the radar growing up. In retrospect, I guess I didn’t escape the drama my friends in high school had lived through; I just prolonged it a little. I knew from watching them that I really didn’t want to throw sex into the emotionally volatile mix I was working through, and that I owed it to myself to figure it out. I realized that my main problem was that I didn’t really have a lot of confidence; it was easy for me to feel overwhelmed by typical relationship stuff like tiny disagreements or general personality differences, all of which made me feel like a terrible girlfriend. Even though he was an incredibly nice guy, I broke up with my boyfriend and I started paying a little more attention to myself in an attempt to figure out why it was so weird for me to be in a relationship. As it turns out, not being in a relationship for a while was the key.

I did have sex eventually, with the next guy I dated. I had met him at work, and he was funny and quite nice. Though we never formally dated, we used to make out in his truck in the parking lot at lunch, which, at the time, so overcome with lust, I didn’t realize was in full view of the office windows, so really everyone in our office was watching this unfold. He was hot, and I couldn’t keep my hands off of him. When the time rolled around, sex wasn’t even a decision so much as a physical response to his hotness. That sounds really shallow, but strong physical attraction turned out to be exactly the push I needed to cast off my prudish shackles. Quite suddenly, I really wanted to have sex, with THIS GUY, specifically. We were fooling around at my house, and then all of a sudden we weren’t fooling around—we were having sex. It was actually him who stopped and said it. “Um, I think we’re having sex now.” I looked into his face and said, “Uh, uh, well, get a condom but, uh, DON’T STOP?” It wasn’t a Victorian romance, but it was fun and easy, which is exactly what I wanted my sex life to be.

Even though sometimes my relationships were still not 100% awesome, I think I sidestepped a lot of guilt and regret by waiting to have sex. If I had had sex before I figured out some things about myself and how I operate in and out of relationships, it would have amped up my anxiety and my supreme talent for self-loathing; there’s no doubt that no matter how serious or lighthearted the approach, sex is some next-level stuff where emotions are concerned. I didn’t have sex with everyone I ended up dating, but I also didn’t put a premium on being in a long-term relationship as a gateway to having sex. I learned how to trust my instincts, to be vocal about how far I was willing to go, or to just plain say no when I just wanted to go out and have fun with someone. There is always so much conversation for girls about having their virginity “taken” that it starts to feel like sex isn’t actually your choice when, in reality, it TOTALLY is your choice. It was my choice to decide when, where, with whom, or if ever. There was something cool about being able to set boundaries and vocalize what sorts of experience I wanted to have once I started having sex. When no one validates your choices, it’s OK to validate your own. ♦