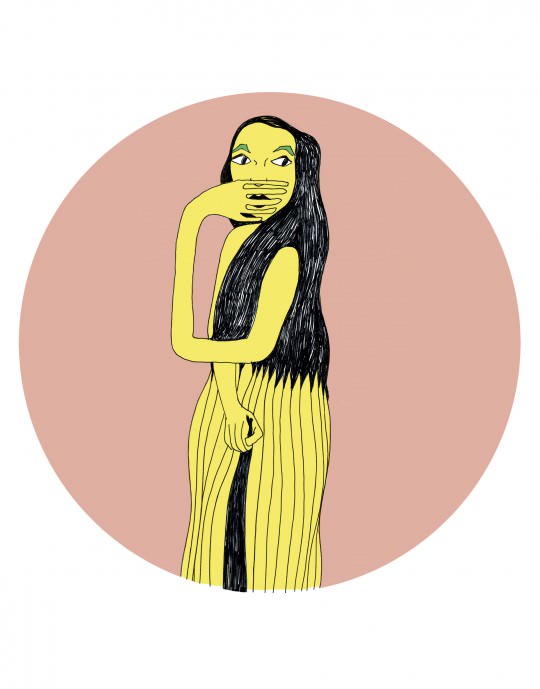 Right before third grade, my family moved from a working-class neighborhood in St. Louis, Missouri, to Oak Park, Illinois, a middle-class suburb of Chicago. There were a lot of differences between my old school and my new one. In St. Louis, many of my friends and classmates received not only free lunch at school but free breakfasts too, and one of them got her clothing from the “free box” there. In Oak Park, everyone had lunch money and name-brand clothing. Since I’d never given much thought to where my clothing came from, I was teased for having generic shoes and accused of shopping at Kmart. (Much to my horror, my mom told me that she actually did shop there. Even worse, she did not understand what the problem was with that and refused to buy more-expensive clothing that I was just going to outgrow anyway.) In St. Louis, I’d been in the gifted program and everyone else in my class thought of that as a goal to attain. In Oak Park, when I joined the line of kids leaving the room to go to the gifted class, people rolled their eyes and snickered at us.

In other words, in St. Louis, I was just a kid; but in Oak Park, I was a “nerd,” a “dork,” a “lesbo” (because to my classmates that was an insult meaning someone who didn’t understand why wearing name-brand clothing was important, or just an unpopular girl), and a whole slew of other things. It didn’t help that I was the second-shortest girl in my class. (The shortest girl had it OK because she was cute and dimpled, wore the right clothing, and did gymnastics. I was awful at every sport we played in gym class. My classmates hated me because I was a Loser-with-a-capital-L and my presence on their team would mean certain failure.)

To be fair, had I stayed at my old school in St. Louis, the kids might have eventually turned mean. There are bullies everywhere, after all. I just happened to experience the double whammy of moving someplace where I was clueless about how to fit in socially and going to school with a bunch of kids who, as I would later find out through my mom, our teachers and principal labeled the cruelest and worst-behaved class in the history of the school.

I couldn’t control any of this—not that my dad found a better job and my parents decided to move or that I liked books more than sports or that my family placed value on education over shopping at the “right” stores and so as a result I was good at math but bad at everything the teen magazines said I should be good at. More likely than not, no one can really control what they are being bullied about. We can only control how we react to said bullying.

At first, since I was eight years old and utterly confused about why I didn’t fit in here the way I had at my old school, I just made friends with a fellow gifted-program “nerd” and we lived in our own little world. By fifth grade, when my nerd friend moved away, I’d started to understand the social structure at my school, and I decided I didn’t want to be at the bottom of the totem pole anymore. This meant impressing the queen bees, Liza, Brooke, and Cassie.* So for the next two years, I spent all of my allowance on clothes I didn’t even like, let Liza/Brooke/Cassie accidentally-on-purpose burn my forehead when they curled my hair, and fought with my mom constantly because she was holding me back from being “cool” by not letting me see a certain movie or go to a particular slumber party or a group outing to the expensive mall. I also allowed Liza, Brooke, and Cassie to copy my homework and pretended not to know that they were still talking behind my back and calling me and my three actual friends (who were also trying to fit in with them) “weirdos” and “lesbians,” which they knew the meaning of now, but still thought of as an insult.

I lived through fifth and sixth grade with my stomach in a knot because I didn’t know what my “friends” were going to do to me next, and I did a lot of crying in secret because I knew if I ever broke down in front of them, I would be lumped in with the girl they all made fun of for smelling like pee. (I never smelled it, but of course I said I did.) Then, the summer between sixth and seventh grades, I realized that I didn’t care what Liza, Brooke, and Cassie thought about me anymore because I didn’t even LIKE the clothes they wore or most of the music and movies they fawned over, and most of all, I didn’t like THEM.

I’m not exactly sure what caused this epiphany. Maybe it was one homophobic remark too many. Maybe it was because I babysat for this toddler whose 16-year-old sister looked like a Beetlejuice-era Winona Ryder, dressed in a completely original way, and seemed really comfortable in her own skin because of it. Maybe it was the realization that I had a lot more fun hanging out with my best friend, Juliet, and creating our own “weirdo” religion complete with a language and scrolls. (Juliet and I were also teased by the popular group because we were never baptized. Seriously.) When I was with her or my other real friends Kendra and Mia, my stomach didn’t hurt and I never felt like I was on the verge of tears—unless they were from laughter.

Juliet and I watched hours of Star Trek: The Next Generation without caring if other people called us geeks. We went shopping at the vintage store by my house, where I bought hats from the ’40s and an amazing pair of white high-heeled boots that looked like old-fashioned ice skates. I stopped listening to the Top 40 radio station that mostly gave me a headache when Juliet exposed me to Rush, Kendra got me into Nirvana, and Mia hooked me on David Bowie and Nine Inch Nails. I did gymnastics with Juliet, joined stage crew with Mia, swam with Kendra, and rollerbladed with all three of them because those were things that I enjoyed, and even though I wasn’t necessarily awesome at any of them, my friends never made fun of me, we just had fun. I embraced being smart, signed up for the honors track in junior high, and met new friends who loved to read like I did and actually got me thinking rather than mindlessly conforming.

Unlike my height, my athletic ability, my background, and all of the other things I’d been teased or bullied about over the years, I could choose how I would dress, and I chose a style that made me comfortable in my skin, like that 16-year-old neighbor girl I admired. I could control who I hung out with, and pick people who built me up and made me feel strong, silly, and smart rather than broke me down. And I could embrace all of the interests and hobbies that made me happy no matter what anyone else thought of them. I could use some of them, like my love of theater, to make more friends, and others, like my love of writing, as a way to regroup when people tried to tear me apart.

In seventh grade, when I passed Liza in the hall she would shout out insults about my shoes and whisper to her friends—the pretty girls and hot guys whose faces would fill the center page spread in our yearbook next to all the lists of who was best at everything. The summer between seventh and eighth grades, I tried out to act in Grease instead of just working behind the scenes because I’d always loved that show so much, and this gang of popular girls chased me home every day. In eighth grade, a pair of boys liked to loudly discuss how ugly I was every day in gym class. Yes, sometimes I felt like crying. Yes, sometimes I even did cry. Then I remembered that no matter what I did, there was going to be somebody trying to knock me for something they didn’t like, but as long as I liked myself I would have a strength that they couldn’t touch. ♦

* Not their real names.