Be a bubblegum goth girl in polka dots, lace, and too much blush. 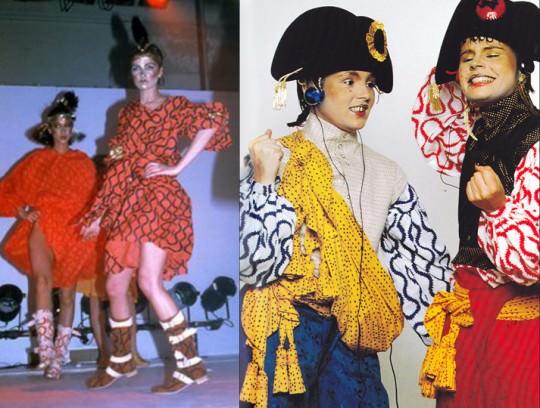 In 1980, Vivienne Westwood, the designer who helped define the British punk aesthetic, was sick of the black leather jackets, liberty spikes, and ripped sweaters that are now worn with a mandatory sneer everywhere from Camden Town to Alphabet City. She’d become obsessed with 18th century costume, billowing romantic silhouettes, and blazing sunshine colors. In 1981, the runway debut of her Pirate Collection was a rare thing in fashion: a completely new look. Vivienne’s clothes were still inventive, androgynous, and deeply weird, but now they were as steeped in tradition and technique as her earlier punk collections had been in street culture. 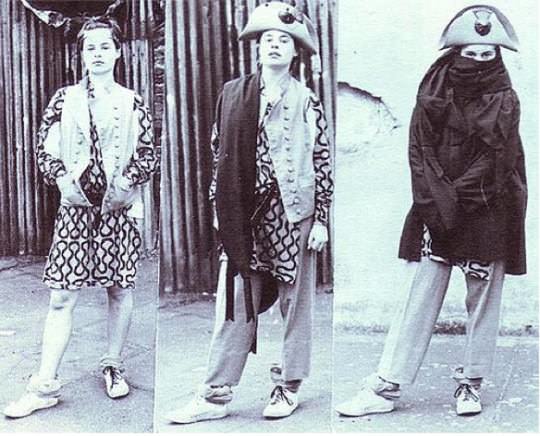 More of Vivienne's pirates, via Flaunt.

New Wave kids in London immediately took to the new look, mixing Vivienne’s iconic squiggle prints and pirate hats with baggy men’s trousers and sneakers. But the new collection needed a muse to make it feel as relevant as punk had. 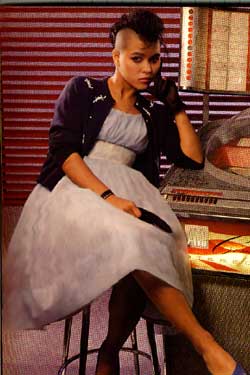 Enter Myant Myant Aye, a 14-year-old British-Burmese girl hand-picked by former Sex Pistols manager Malcolm McLaren to front the New Wave band Bow Wow Wow (he’d heard her singing along to a Stevie Wonder song on the radio at the dry cleaner where she worked). Within months, she’d changed her name to Annabella Lwin and was yelping and squealing all over Bow Wow Wow’s debut record, See Jungle! See Jungle! Go Join Your Gang, Yeah! City All Over, Go Ape Crazy! (which wins the Mark E. Smith award for most absurdly titled album). 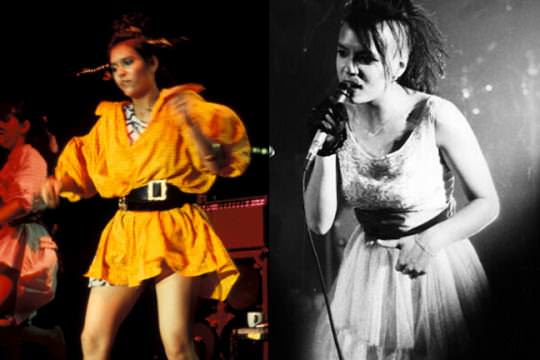 Annabella also collaborated with Vivienne Westwood on her stage costumes, and she was a master of mixing Vivienne’s designer clothes with her own streetwear basics. She would wear a poufy vintage tulle ball gown with a shredded leather jacket and her mohawk, or sling a thick leather belt over two of Vivienne’s billowy minidresses and wrap her hair with embroidery thread. She made Vivienne’s historic silhouettes look young and effortless. 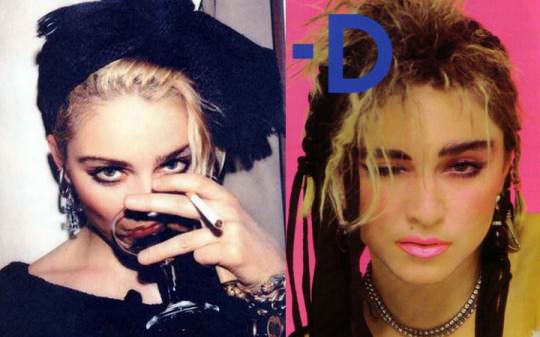 Madonna via The Stiletto Effect, and on the cover of i-D, March/April 1984.

Madonna was working a similar look during her early 80s “Boy Toy” phase. She would buy lengths of black lace at a fabric store and tie it in a big bow around her head (surely this is the fanciest way to deal with dirty or otherwise unpresentable hair), or make little braids in her hair like Annabella. I want to point out that there really only need to be two colors in a New Wave girl’s makeup palette: pink and black. The black goes on your eyes; the pink goes everywhere else. 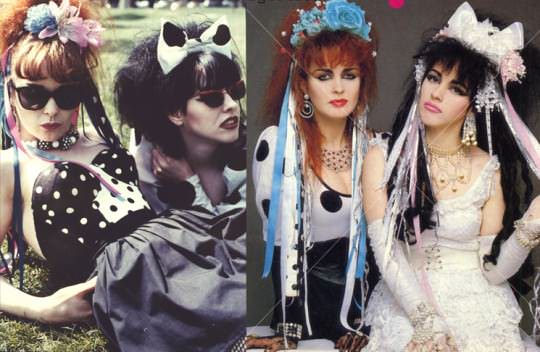 Probably the queens of this look were the Scottish band Strawberry Switchblade. They would wear polka-dot prom dresses with vintage shades, white pancake makeup, giant bows, and long satin ribbons woven into their hair, sort of a proto-Gothic Lolita look. Like Madonna, they also observed the “black, white, and pink everything” rule, and their eyeliner game was strong: 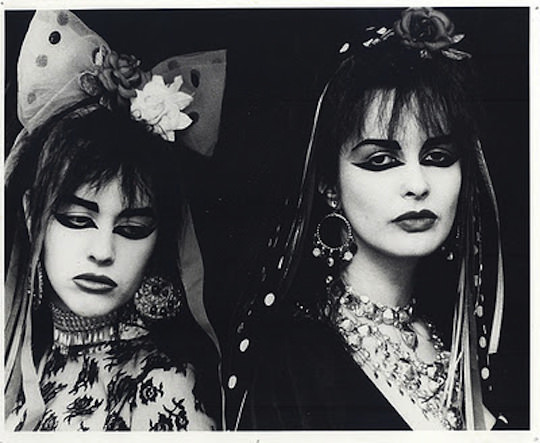 Watch the adorable video for their song for “Since Yesterday” and be inspired to make polka-dot mobiles, tease your hair, and wear ruffly skirts and a sneer: