One Way or Another

I Know Where My Friends Are Now 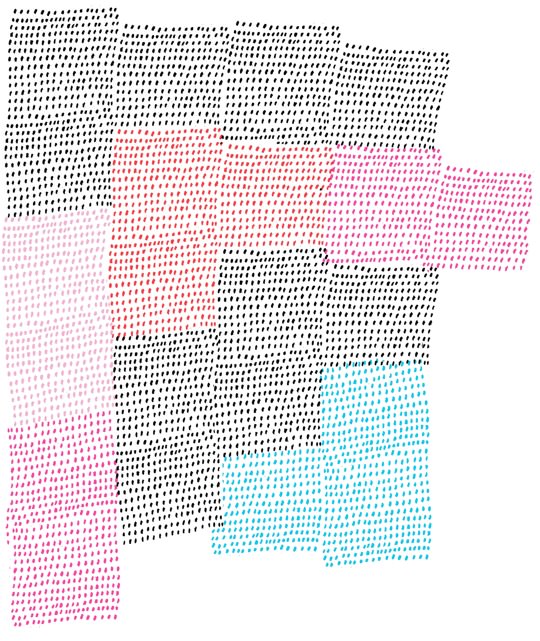 One hot July morning when I was nine, my mom cleared her throat at the breakfast table. There was going to be some construction on our house, she said, and she wanted to let me know that I wouldn’t be able to use the driveway for a couple of days. She was apprehensive, watching for my reaction.

“Oh,” I said, meticulously nibbling my toast into the letter T for Thursday. I did this every morning. Monday was the hardest.

Mom was watching me. “It might even be three or four days till you can go out there, Krisser,” she said nervously. Why was not being able to use the driveway a big deal? I obviously couldn’t drive.

I’ll tell you why: because I had a schedule to keep. The driveway was where I bounced my collection of high-bouncing rubber balls while I managed, in my head, a series of long-running novellas, the current one about a wheelchair-bound girl I had named Kendra and her identical, able-bodied twin sister, who teased her mercilessly in the schoolyard alongside her mean friends. In my story, I was always the one who stood up for Kendra.

After that, I needed to hit racquetballs against the garage door for an hour while I waited for an Olympic tennis coach to drive by the house, spot my raw talent, and take me to a training facility where I would live in a boarding house with other tennis prodigies. Years later, I would give heartfelt interviews on TV and mourn the fact that “I gave tennis my childhood.”

After that, I needed to water the front garden. Each flower individually, in the order in which they best pleased me. I was God, deciding who would drink the life-giving liquid and who would wither in the sun. I imagined their thin, flowery voices, pleading with me as I poised mercilessly over them with the watering can.

So if I couldn’t go out on the driveway, I couldn’t write the next chapter of Kendra’s story, I couldn’t hit racquetballs against the garage (and today might be day the Olympic tennis coach drove past the house), and the flowers would fight each other for the last remaining dewdrops of the summer morning. It would be chaos.

I was clearly living in my own world. I’d always told myself elaborate stories, but now it seemed like I was coming back to real life less and less often. Whispering to myself, I would sit alone at my mom’s sewing table in the basement, obsessively completing, destroying, and re-completing a 500-piece puzzle with a picture of tiger cubs on it. I had also just begun making abstract pictures out of tiny dots in my diary, filling up the whole thing with page after page of thickly-packed little circles. Mom found it and freaked. Child psychology books began appearing in the top drawer of her bedside dresser, where I searched through her scarves and old photographs on a weekly basis.

Everything came to a head that August, while my mom and I were in a fabric store. I was waiting for her, methodically arranging the spools of thread in the discount bin into perfect, even rows, sorting them by color and size. I was the strict headmistress at a very exclusive school for spools, and I was only accepting perfect students—no loose threads, no damaged paper labels.

And suddenly my mother was there, snatching the spools of thread out of my hand. “Let’s go,” she snapped. She grabbed my arm and dragged me out of the store. In the car, she told me she was going to have me “tested.” This meant, as I found out years later, that I was being tested for OCD, or obsessive-compulsive disorder. Lots of kids feel compulsion—a need to do things a certain way. My mom thought mine were getting out of control.

The therapist, a woman in a maroon turtleneck who spoke with a soothing voice, chatted casually with me, arranging objects—little wooden blocks and tiny dollhouse figures on a table, asking me if it was OK to move them and change their order. I kicked my legs in an overstuffed armchair. I didn’t care where she put the objects! What was this? I knew why I was there!

“My mom thinks I’m queer,” I told her, using a word I had just learned in a book that had British characters. She laughed. “Do you mean ‘odd’?” I nodded. Then we talked a lot—about my morning and nightly routines, about my high-bouncing balls, about the journal full of dots—and I was returned to my mother in an hour with a smile. Diagnosis: overactive imagination.

“She’s fine. Try to get her into painting. Or maybe miniatures. Something constructive.”

MAN DID THAT THERAPIST HAVE MY NUMBER.

See, I wasn’t attached to the obsessive, methodical activities because I thought something bad would happen to me if I couldn’t do them—they just gave me something to do while I made up stories in my head. These fastidious activities allowed me to work with my hands while my mind raced. That’s why I had to do things like hit a racquetball against the garage door obsessively: I needed a cover for talking to myself. You can’t just sit around staring at nothing and whispering. People will get freaked out. When I was busy with a task I knew well, my mind was engaged, but free to roam.

The therapist’s suggestion of getting into miniatures worked like a charm. My mom took me to a store in downtown Green Bay, Wisconsin, where I suddenly discovered a world I hadn’t known existed—a world made of really. Tiny. Things. I basically spent the rest of my childhood bent over a table in the basement with a magnifying glass and a spotlight, painting flowers onto china teapots the size of a pinky nail with a brush I made by tying several of my hairs together onto a toothpick. The DIY kits were endless and utterly absorbing. There were tiny plaster birthday cakes the size of a quarter to decorate! Eensy working grandfather clocks to assemble! Bitsy watercolor paintings to paint, frame, and put up on the walls of the mini-kitchen I had built! There were even—gasp!—miniature wooden jigsaw puzzles that you had to do with a pair of tweezers.

Mom was relieved. This she could classify as “a hobby.” The only downside now was dealing with the creepy guy who owned the miniatures store downtown and his horrible, horrible breath when he bent to show you a detail on a flea-sized refrigerator magnet designed for a deck-of-cards-sized fridge.

As I got more and more involved with miniatures, the strict rituals I had governing my meals, grooming, and playtime slowly abated, then stopped altogether. I didn’t need them anymore. I began to feel free—suddenly, I had more time! I no longer needed to eat my toast a certain way, or hit racquetballs against the garage door for exactly one hour every day. I was in the thrall of tiny things, but by my own choice. And more important, I could continue to tell myself stories while I focused, which is what really mattered all along.

When I was 12, I abandoned the miniatures altogether and began just writing everything down in notebooks, from fact to fiction. I’m pretty sure that’s how I became a writer. Ya know, the old-fashioned way—by painting miniature food for tiny kitchens. ♦