Because You Can: Buffalo Stance 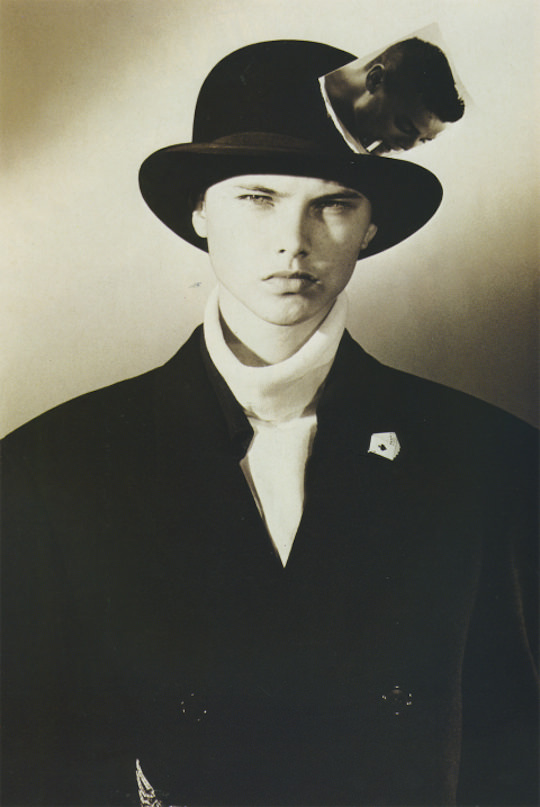 These days everyone goes on and on about mixing high fashion with vintage and mass-market clothes, but it was not always this way. Fashion used to be a pretty top-down thing: fashion magazines showed models wearing fancy designer clothes from head to toe. But in the 1980s, a group of friends from West London changed all that. They were a collective of photographers, models, and artists led by the Scottish-born stylist Ray Petri, and they called themselves Buffalo. 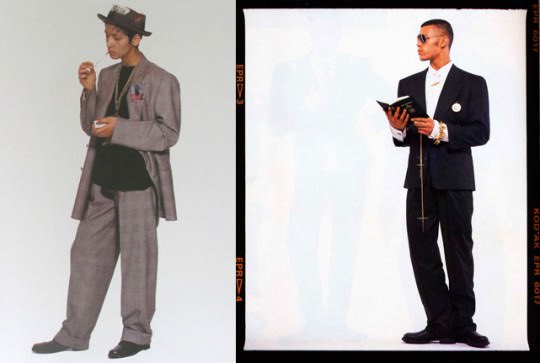 Via The Daily Mum, Niwdenapolis

Buffalo created striking images of men and women for the British style magazines The Face, i-D, and Arena, and they did it on their own terms. The Buffalo look was tough and androgynous—men in skirts, women in baggy suits—and it mixed streetwear, sportswear, and even underwear with designer clothes. When Ray couldn’t find a designer jacket he liked for a photo shoot, he bought one from a junk shop. When he couldn’t find a skirt he liked, he’d wrap a flag or a blanket around a model’s waist like a sarong. 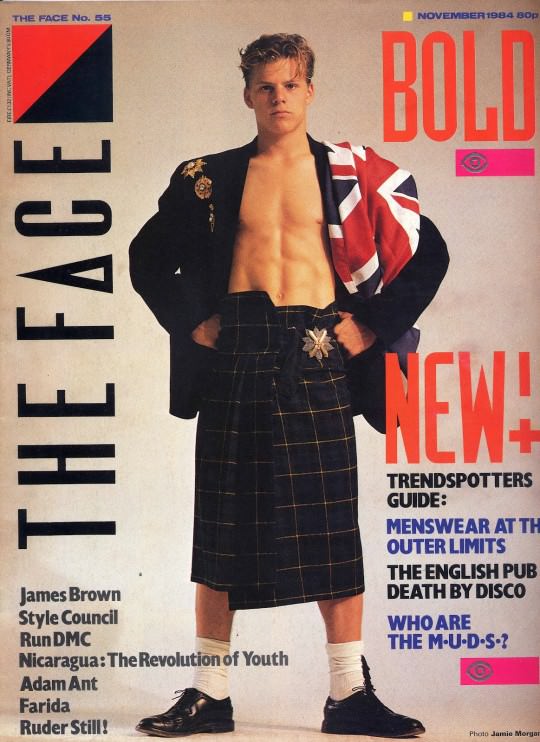 When the photographer Jamie Morgan couldn’t find models he liked in the nearly all-white casting books at modeling agencies, he went out and found his own, casting awkward teenagers, girls selling vegetables at farmer’s markets, or guys working the door at clubs. 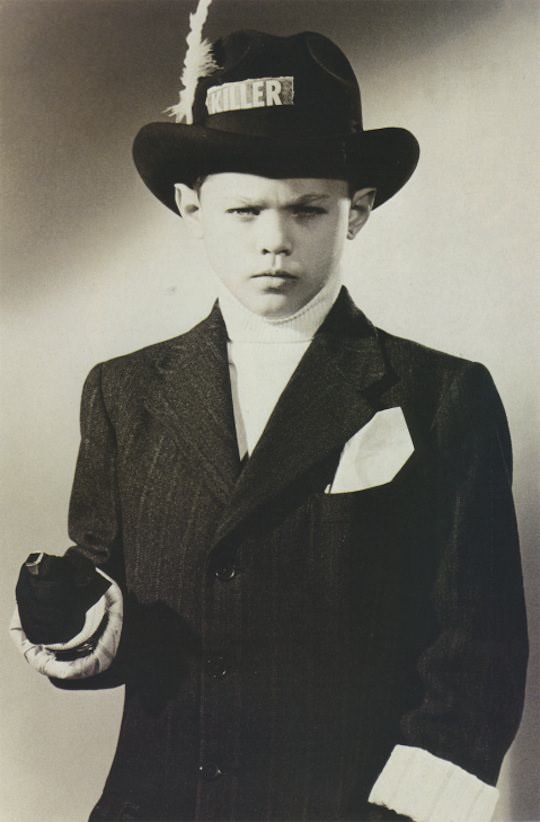 For one of Buffalo’s earliest shoots for The Face, he cast one of his friend’s kids, eight-year-old Felix Howard, as a baby-faced gangster in a secondhand chalk-stripe suit with the word “KILLER” ripped from a tabloid and stuck to his hat (if Felix looks familiar, you probably know him from Madonna’s “Open Your Heart” video). The idea behind Buffalo was that an ordinary girl who worked in a shop was as worthy of attention as any model, and it was revolutionary. The dramatic black-and-white photos Buffalo created made heroes of the kind of people you see every day, and proved you could easily find stars on the street or in the corner store.

It was important to the collective that Buffalo was a look, not a label. Ray Petri was obsessive about not using only designer clothes for his photo shoots. When Ray did use, say, an Armani jacket, it was because he loved its baggy cut, not because of its label. Ray used to say that there was nothing in a Buffalo photo shoot that you couldn’t re-create in a thrift store or your granddad’s closet, and he’s right. The point of these clothes is the way they’re worn, not how much they cost. 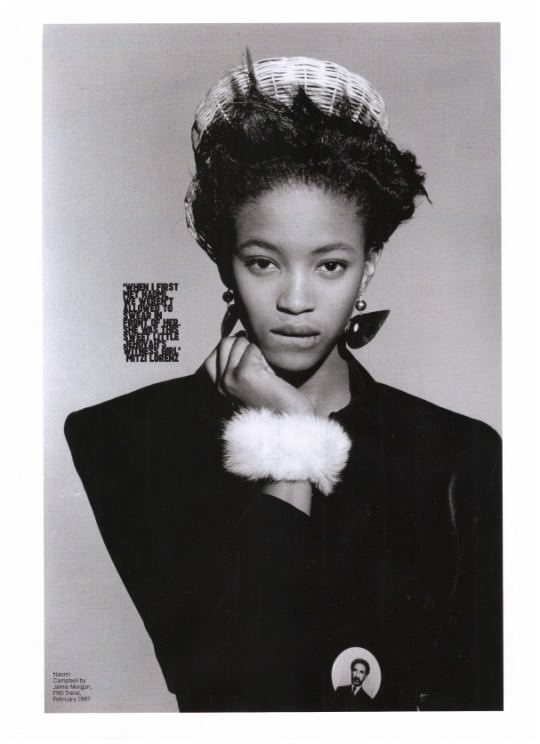 Take this photo of Naomi Campbell—Buffalo shot some of the earliest images of her back when she was a sweet-tempered 14-year-old Jehovah’s Witness, not yet given to swearing or throwing phones. You could easily re-create this look with any sharp-shouldered ’80s blazer (how amazing is this one?!) and a bit of fake rabbit fur from the craft store. I really like the button of Haile Selassie too, but feel free to substitute your icon of choice. 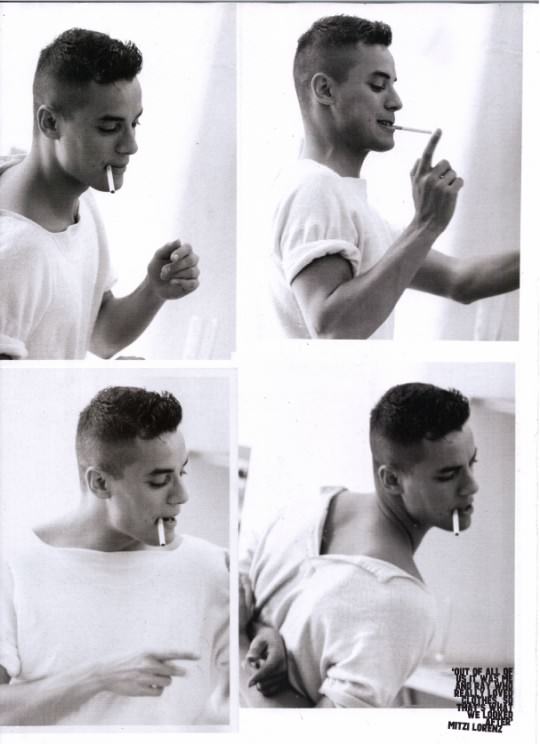 A lot of Buffalo looks are even easier than that. I love this one—a simple men’s henley worn backwards and with the sleeves cut off. It’s so very “Oh, hey, welcome to my studio. This is where I paint, and these are the effortlessly chic clothes I just happened to pull out from under the cat this morning.” 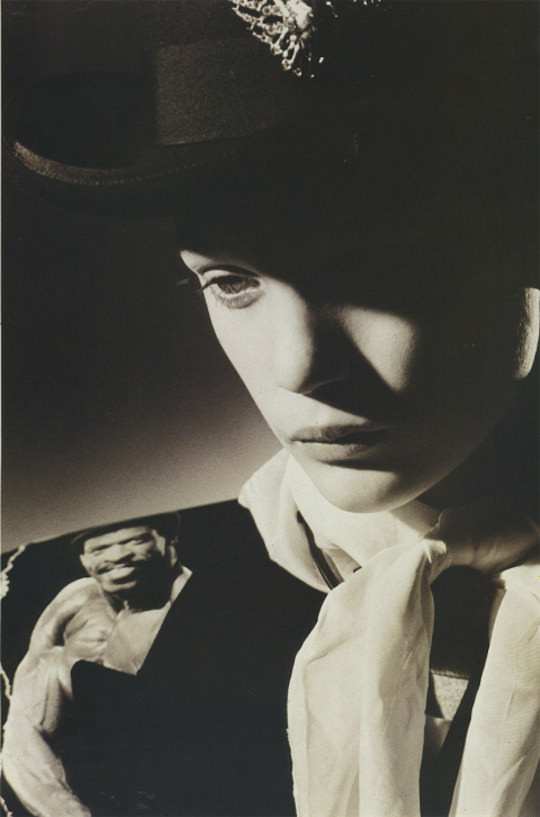 This one’s great too: imagine yourself in all black with a simple white scarf knotted at your neck and a photo of a prizefighter pinned to your shoulder (bonus points if you manage to look like a Caravaggio painting, if Caravaggio painted sad chiaroscuro cowboys). 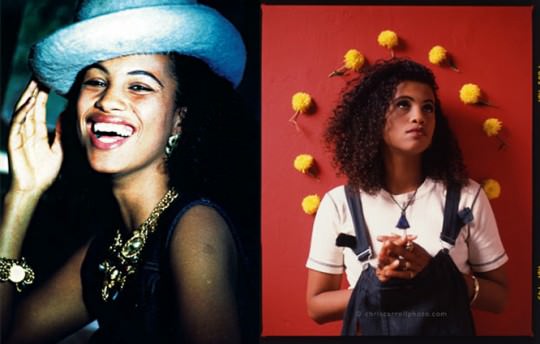 Via Sober in the Cauldron

The Swedish MC Neneh Cherry was an important part of the Buffalo crew too. Her style—bomber jackets worn with bike shorts and big gold chains—was a huge influence on Ray and the Buffalo gang, and her song “Buffalo Stance” was their anthem. PLEASE watch this video if you haven’t seen it already, it is amazing and will also make M.I.A. make a lot more sense:

If dressing like an androgynous Mafia don isn’t your thing, then you can go for Neneh’s look instead. Eighties-style bike shorts are easy to find in the workout section of thrift stores (my favorite section because it is FILLED with shiny spandex goodness), and they look amazing with a classic MA-1 flight jacket. Or you can go for the more colorful look below. Probably the most important thing to remember is to wear it with attitude. Like Ray used to say, “Start with the face and the rest falls in place.” 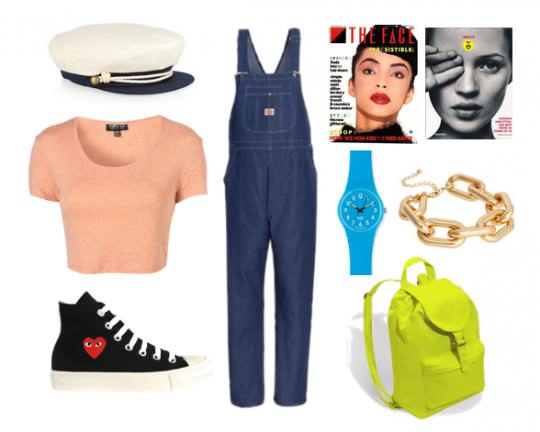