What’s Cool With You?

Another round of emails from our favorite Cool Aunt and Cool Uncle. 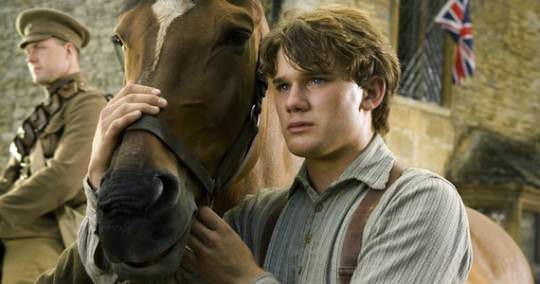 My Aunt Debbie and Uncle Mitch are the best, and I love them. They love me too, though they have very different ways of showing it, as evidenced by this recent round of emails:

1/23/12
Dear Evie,
I feel like it has been forever and a day since we’ve emailed! I know you prefer to text, but I’m just not a fan. I find that it just makes a mess of things, texting. A woman from my office, Carol, tried to send a text to her husband, asking him to buy bread on the way home, and somehow it came out as “buy beds for the war horse.” Can you imagine? Not to say that the War Horse doesn’t deserve a nice bed, what with all he went through. Did you see War Horse? It was so moving! Of course, your uncle Mitch hated it. He called it “Snore Horse.” Typical Mitch!
Lots of love,
Aunt Debbie

1/27/12
Evelyn—
Your mom totally sold you out and everyone knows you have a date tomorrow night. I promise to keep Aunt Debbie and her camera away from your house, the movie theater, and all local ice cream establishments if you promise to follow two rules. One: if this person acts like a jerk, to you or anyone else, you get the hell out of there and never look back. Two: don’t go see War Horse. I’d hate for you to die of boredom.
Nonstop Punk Rock,
Uncle Mitch

1/29/12
Dear Evie,
Uncle Mitch made me promise not to ask about your big night out, so I won’t. But I will say that your mother had the loveliest things to say about your date, which makes me very happy. You deserve the best! Did I ever tell you about my first date with Uncle Mitch? He took me to the planetarium. It was so boring! Good thing I gave him a second chance, huh? What’s the cool thing with you these days? Let me know!
Your favorite aunt,
Aunt Debbie

1/29/12
E—
The planetarium? Is that what she said? She’s totally lying—I took her to Laser Floyd for our first date, and she was higher than a kite because she thought the guy standing outside the museum selling brownies was running a “concession stand.” She started trying to grab the lasers halfway through “The Great Gig in the Sky,” and then began yelling, “This Moon sure smells a lot like industrial carpeting!” until the ushers politely asked us to leave. The moral of the story is this: DO NOT buy brownies from a dude named Rainbow who is selling “concessions” out of his Datsun. There is a high probability that he is not, in fact, affiliated with the museum. (Ha ha ha, high probability. P.S: Don’t tell your aunt that I told you this story. She will send me to the Great Gig in the Sky.)
Rave On,
Uncle Mitch

2/3/12
Darling Evie—
Do you know what song I like? That one Rihanna song about finding love in the home of Space. Not sure what it means, exactly, but it makes me want to dance! Who are you listening to these days? I need some new “tunes” for my iPod.
Hope all is well, seashell!
XO
Auntie D.

2/4/12
Dearest Evie—
A hopeless place! That makes much more sense, though it makes the song a bit sad, no? I thought “the home of Space” was some kind of sci-fi thing. I usually don’t like songs about space, for reasons I’d rather not explain. Moon songs, in particular, really freak me out. Don’t ask!!! Thanks for sending along that Sleigh Bells video! Great stuff. How cool is that lead singer?!! Wow! What a great jacket!!!! I can’t stop thinking about it!
XO,
Aunt Debbie
P.S. Is the song supposed to be that fuzzy, or are my speakers broken?

2/9/12
Evie—
I assume you’re responsible for whatever led your aunt to believe it was cool for her to buy a studded leather jacket to wear to the grocery store?
Keep On Rockin’ in the Free World,
Uncle M.
P.S. Not going to lie, it is kind of awesome.

2/10/12
Dear Evie—
It’s awards season! The best time of year! Do you have any favorites going into the Grammys or Oscars? I hope that Adele wins everything. Poor Adele! She just sounds so sad. Someone really broke her heart. I hope she wins all of the awards and then makes a record called “Ha Ha, I Won All of These Awards.” That will teach her ex a thing or two! As for the Oscars, I am rooting for the War Horse, because he was brave and smart and he made me cry. But apparently you can’t nominate a horse for an Academy Award, which is bullcorn.
Tired of bullcorn,
Aunt Debbie
P.S. Would you like my studded jacket? I’m not sure it’s a great fit for me. I fell asleep in it the other day and poked three holes in the sectional. And then I got upset about it and your Uncle Mitch said that getting upset over holes in the upholstery was “not very punk rock,” and I said, “Well that tears it, I’m just not punk rock, and this jacket and I are through!” I think he was actually a bit bummed! Oh well.

2/15/12
Dearest Evie Darling—
I’m glad you like the jacket. It is much better suited to you than it is to myself. How was your Valentine’s Day with you-know-who? Are you two still getting along famously? Did you receive any gifts? Uncle Mitch bought me flowers and I bought him a Blu-Ray copy of one of his favorite movies, Hot Tub Time Machine. Romance! Are you ready for your big driving test this Saturday? Your mother says you’re very cautious and respectful on the roads. I would expect nothing less!
Extra love,
Auntie D.

2/19/12
Evelyn Marie—
Congratulations on passing the big test. A few things to remember: Don’t text and drive. Don’t drink and drive. Don’t forget to buckle up. Don’t drive too fast. Don’t drive too slow, especially on the highway. Don’t run out of gas. Always have gas money. Always have your phone, and make sure it’s charged. Don’t pick up hitchhikers. Learn how to change a tire. Don’t race. Don’t buy stupid bumper stickers. Vanilla tree fresheners do not cover the smell of funk, so throw your garbage away as opposed to shoving it underneath the front seat. Don’t turn the radio to Lite 99.2, it will put you to sleep and you will drive right off the road.
Beep beep, beep beep, yeaaaaah!
—U.M.

3/4/12
Darling Evie-
We’re back from our big trip! Sandals is just as dreamy as it looks on television. Uncle Mitch got bit by a crab, but otherwise, it was truly the time of our lives. They even showed War Horse on the plane ride home!! I was thrilled. Uncle Mitch, not so much. We had a ball. Oh, and we bought you a necklace made of shells! I hope you like it. I impressed all of the honeymooners at Sandals by knowing about Sleigh Bells and by saying I was going to “go ham” on the breakfast buffet. I thought you’d be proud! One of the younger girls there was saying she likes a singer called Crimes? Do you know her?
Miss you lots,
Aunt Debbie

3/7/12
Dear Evie-
Grimes! Yes, that was it. What a fun song! Great video, too! I love the way she dances. Glad you like the shell necklace. It just screamed “Evie!”
XO,
Aunt Debbie

3/13/12
Evelyn-
Did you send your aunt a video of someone dancing in the bleachers? We went to a Knicks game last night and she stood up at halftime and tried to replicate it for me and ended up spraining her ankle. Next time, just send her a video of someone reading a book or something, please.
Gimme Danger (But Not in the Stands at Madison Square Garden),
Mitchapalooza

3/23/12
Darling Evie-
Thank you for agreeing to drive me to physical therapy! You’re a dear. I’m feeling much, much better and will be 100% in no time. I suppose dancing in heels was not the best move. Beyoncé makes it look so easy! I’d also like to apologize for that phone call I made to you while I was in the hospital. They gave me something or other to dull the pain and it made me as loopy as the coasters at Cedar Point. I don’t remember much, other than the fact that Uncle Mitch was giggling and saying something about the moon and industrial carpeting. Typical Mitch! Most important of all: DID YOU SEE THE HUNGER GAMES!?!?! Wasn’t it fantastic? Even Uncle Mitch liked it, and he doesn’t like anything!!!
May the odds be ever in your favor,
XO
Aunt Debbie
P.S. What is this “One Direction” band I keep hearing about? Are they the rage? Do people say “the rage” anymore? Keep me posted! xoxoxoxo