From One to Another

Movie makeovers: the good, the bad, and the butterflies.

Puberty Is What's Up 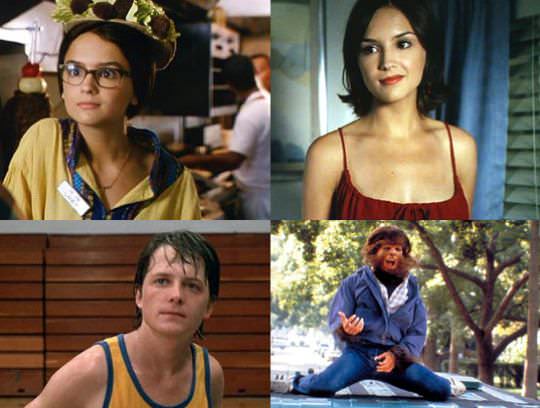 She's All That, Teen Wolf

It’s hard to get a transformation right. Mattel got it right. Butterflies do it pretty damn well. They make it look sooo easy, too, what with their chrysalides and going from awkward caterpillar to beautiful butterfly, BUT GUESS WHAT, BUTTERFLIES? You’re just caterpillars that can land on people’s faces! And what was I talking about? Oh, yeah, transformations. They happen to everyone, but especially to people in movies. For some, it means taking their glasses off and realizing they are suddenly hot (which, in real life, happens approximately…never). For others, it means enduring puberty, turning into a vampire, or being encouraged to stop wearing so much black (see the pinkification of both Ally Sheedy in The Breakfast Club and Clea DuVall in The Faculty). I present to you “Shelby’s Best and Worst Film Transformations, and Her Opinion is Very Important.” We’re work-shopping the title.

Teen Wolf (1985)
A touching coming-of-age story about a high school basketball player named Scott Howard (Michael J. Fox) who must balance school, sports, family, friends, and being a werewolf. Despite that seemingly mocking description, I have serious love for this movie because it works as an exaggerated metaphor about how freaky puberty is. At first Scott’s changes scare him, but then he embraces them and ends up becoming an amazing athlete. That scene where he asks his dad, “Why didn’t you tell me about this?,” and his dad says, “Sometimes it skips a generation”? His dad just has this look on his face like, “I’m so sorry, I guess I just wanted to protect you from growing up for as long as possible.” Tears on my face. Every time.

Rocky (1976)
The movie montage is the greatest trick the Devil ever pulled. It has taken me literally YEARS to realize that my room will never be cleaned within the course of a three-minute pop song, or that I’ll never engage in a series of wacky misadventures set to yakety sax. But I do believe that Rocky got back into shape with the help of the most triumphant tune recorded in all of history. He goes from washed-up schlub to fighting-form in a series of one-armed pushups, dead animal punches, and melodramatic stair-climbing. His process almost inspired me to work out! Or at least do eight sit-ups and then watch Star Wars. And, sure, there’s a montage in II, III, and IV, but nothing can compare to the original.

Mrs. Doubtfire (1993)
Besides being a ZANY comedy (Robin Williams dresses as a lady!) wrapped around a heartbreaking center (all he wants is to be a part of his kids’ lives!), Mrs. Doubtfire boasts one hell of a transformation. After a few missteps, in which Williams parades around in various wigs and prosthetics for his makeup-artist friend, he does kind of look like a lady in the end. And while “kind of” does not seem like a ringing endorsement, this is Robin Williams we’re talking about. Lumpy, hairy, un-buxom Robin Williams. For him to come out the other side even a little feminine knocks my socks off. My feet get VERY cold watching this movie.

Mulan (1998)
Yo, can I take a second to just say how straight-up badass Mulan is? When her aging dad is drafted into the Chinese army, Mulan pretends to be a boy and takes his place instead. She leaves her family, trains for war, fights a war, survives a war, then saves her entire people from the invading Huns. And she rocks a bob. On the surface, her transition from obedient daughter to butt-kicker involved nothing more than a haircut and a change of clothes, but these minor adjustments gave her a chance to unleash the warrior within.

The Princess Diaries (2001)
OK, this flirts with a She’s All That snafu (see below). The filmmakers at least tried to make Anne Hathaway look believably awkward before the big reveal (although it takes more than frizzy hair and a unibrow). But what I love about The Princess Diaries is how reluctant Mia (Hathaway) was to be made over. She lets it happen, however, because it’s her DUTY to the (fictional) country she now runs to be classy and elegant, but in the process, she risks losing her best friend, Lilly (Heather Matazzaro). Oh, who are we kidding? Maybe I just want to be a princess. 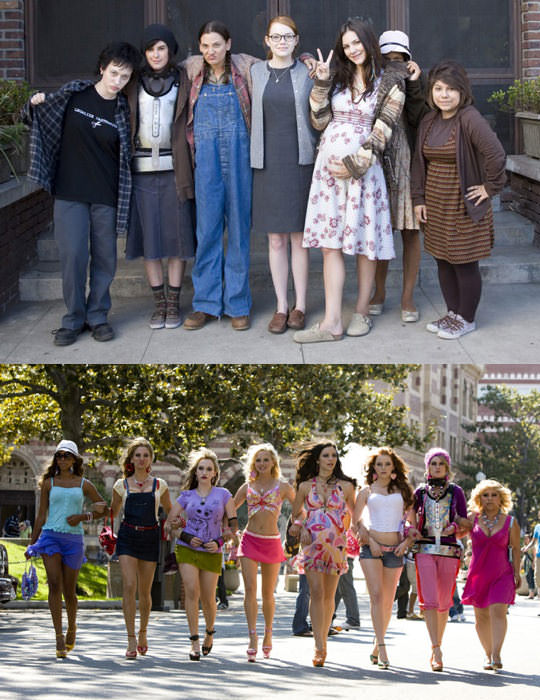 She’s All That (1999)
You can’t accuse me of hating on a makeover. Quite frankly, they’re fun. You hit that point in life where you realize hair products exist and so do contacts and, hey, you can wear makeup to subtly enhance natural features. Great! What I find so upsetting about She’s All That is how pretty Laney (Rachael Leigh Cook) is before the transformation. Her hair is thick and shiny. Her skin is clear. Her clothing is idiosyncratic, and she has to WORK, so don’t blame her for the falafel outfit. So the idea that Freddie Prinze Jr. would have his hands full trying to turn her into a prom queen and win a bet is an insult to—well, women everywhere, but especially those of us who do not look like Rachael Leigh Cook. I don’t know where they live, but glasses on a brunette (or anyone) have always looked good on this planet.

Grease (1978)
You think I’m going to talk about how Sandy (Olivia Newton-John) goes from a goody-goody to a chain-smoking, leather-wearing babe, don’t you? But no! Almost no one remembers those 10 minutes where Danny tried to change. For about three scenes, he ditched the leather jacket, threw on some wrestling spandex, and tried to prove he could be as wholesome as Sandy wanted. We could ask the same of him as we could of Sandy: is it OK to experiment with change for the person you love, or must you be firm in your identity? I’m not sure. Greaser Danny had it going on. Letterman Danny? Not so much.

Watchmen (2009)
Dr. Manhattan’s transformation is perhaps the most extreme on this list. Going from a mild-mannered physicist (played by Billy Crudup) to a naked blue deity with superpowers doesn’t sound like such a bad thing. But the change causes him to lose his job, his girlfriend, and his freedom as he’s quickly hustled into working for the government. Worst of all, he sees the past, present, and future, and he’s thousands of IQ points smarter than any other human—except for perhaps Ozymandias, a former ally who wants to save the world by maybe destroying it. Imagine having to relive the disco era repeatedly knowing there’s still one evil guy out there who’s just a tiny bit better at Sudoku than you.

The House Bunny (2008)
Remember that movie where Anna Faris plays a ditzy blond with impeccable comedic timing? No, the other one. No, not that one. This one! When Faris, as a former Playboy bunny, becomes the house mother at an unpopular sorority, she gives all the girls full makeovers. They’re squeezed into the tightest tops, shortest shorts, or highest heels possible, and they look so uncomfortable (probably because they’re so uncomfortable). I’m tempted to say that the transformation goes in the right direction towards the end (see here), but only because everyone seems to gain a lot of confidence from being totally generic and well-groomed. I’m not having it.

In conclusion, I would like to leave you with this scene in A Bug’s Life, the only caterpillar-to-butterfly transformation that I condone. Change is good. Sometimes. ♦