Quitting Mormonism meant a lot more than leaving my faith. It meant saying goodbye to eternity with my family. 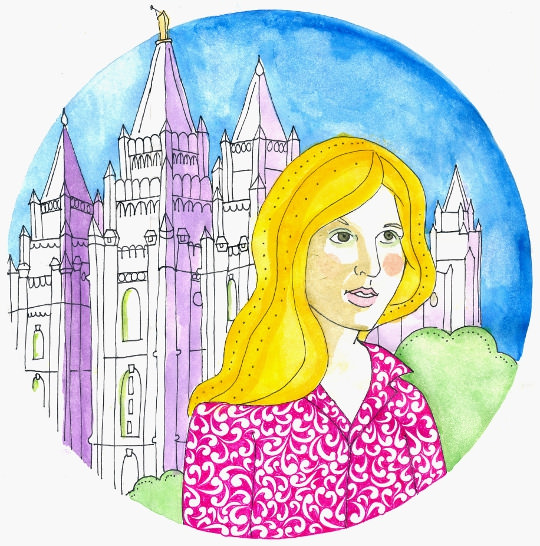 Lately, when my parents call, I let it go to voicemail. I know this is bad of me, that people get older and someday my parents (who are only in their 50s) will die and I should cherish the time I have with them now. It’s just that every time they call, I get this sinking feeling that if I pick up, I’ll be in trouble. Whether I wrote something they read and disapprove of (like this article, inevitably) or did something that Google Alerts kindly informed them of—I seem to make them mad a lot. The rest of the time they’re goofy and funny and it’s like the old days—when we were a happy Mormon family that was going to be together forever—before I went astray.

I should say right off the bat that I love my mom and dad and I grew up in an awesome home. My parents married young—21 and 22—and immediately had five kids. Because Mormons don’t drink, smoke, do drugs, drink coffee, or have sex outside of marriage, pranks and family get-togethers are our equivalent of a wild night out. I grew up in a home where family water fights, pillow fights, and eating-whipped-cream-out-of-the-can contests were the norm. Saying prayers every morning and night as a family, reading scriptures together at least once a day, and going to church every Sunday were also the norm. Three solid hours of church, every single Sunday. This was non-negotiable.

When I started high school, I had to go to a 6 AM scripture class every day called seminary. I hated it and would do anything to get out of it. My sister Tina was responsible for getting me out of bed and to church every morning. One night, I discovered that if I snuck into her room, unplugged her alarm clock, then plugged it back in, it wouldn’t go off, and then, oops, we’d miss seminary! I used this technique every few nights. Eventually Tina caught on and started locking her bedroom door. That’s when I discovered the circuit breaker to the entire house was located in my bedroom. On nights when I really didn’t want to get up the next morning I would wait until everyone was asleep and then flip the power switches back and forth. This was incredibly selfish of me. My dad would be late for work, all five kids would be late to school, everyone would be running around in a panic, and I’d be grinning from a full night’s sleep.

Over the course of the next six months, I pulled the power-switch move so often that eventually my parents hired an electrician to rewire the house. They also bought battery-operated alarm clocks. There was no way around it: I had to get up at 5:30 every morning to learn about God.

I’m making it sound like my parents forced me to go to church and I hated it all. This isn’t true. I believed in Mormonism. Sure, I questioned it all the time—I thought it was weird that some of my ancestors were polygamists, and that someday, if I was real good, I’d be a god and get a planet of my own. But I also had several spiritual experiences that bolstered my faith. When I was 14, I went on a church hiking trip. We were told to go into the woods by ourselves to pray and “gain a testimony” that the beliefs of the Mormon church were “true,” literally. Having a testimony is the same thing as having faith in something, only it usually consists of a story that you can share with other people—a big religious moment that happened directly to you. If God answered your prayer or gave you some sort of sign, this meant that everything Mormons believed was true: Joseph Smith was a prophet and all the events in the Book of Mormon actually happened.

I found a quiet spot and prayed, and I asked to know if God was there. I looked up at the moon and felt the presence of something bigger than me. I felt someone wrap their arms around me, as if they were hugging me, and I started to cry. As I cried, my body rocked back and forth, and I knew it wasn’t me who was doing the rocking. It was such a peaceful feeling that in spite of my doubts about Mormon dogma and my constant kicking and screaming when it came to other church stuff, I felt obligated to be Mormon, out of respect to that feeling.

When I was 18 I moved to New York City for college. My mother was terrified. To her, New York was a scary, dangerous place. A month before I left home, she sat me down for a mother-daughter talk.

“Elna,” she said, “the first thing that will happen when you move to New York is you might start to swear.”

I wanted to say, “Oh shit, really?” but I knew that only my dad would think that was funny. So I nodded and said, “Mmm-hmm.”

“And Elna,” she said, “swearing will lead to drinking.” I had somehow missed the connection. “And drinking will lead to doing drugs. And Elna…what would you do if a lesbian tried to make out with you?”

My mother rolled her eyes. “There’s one more thing,” she said. “There are these clubs in New York where men pay women to dance with very little clothing on. Don’t do that.” Thus ended our mother-daughter advice talk.

I didn’t admit this to my parents (or they would’ve sent me to Brigham Young, a Mormon university in Utah), but when I got my acceptance letter to New York University I felt, in my core, that I was being accepted into an entirely new way of life—one I secretly longed to lead. Instead of being a home-ec major and then a mother and a housewife, I was going to pursue acting, writing, and directing in New York City.