Tips, warnings, and corroboration for the first time you have sex—however you define it. 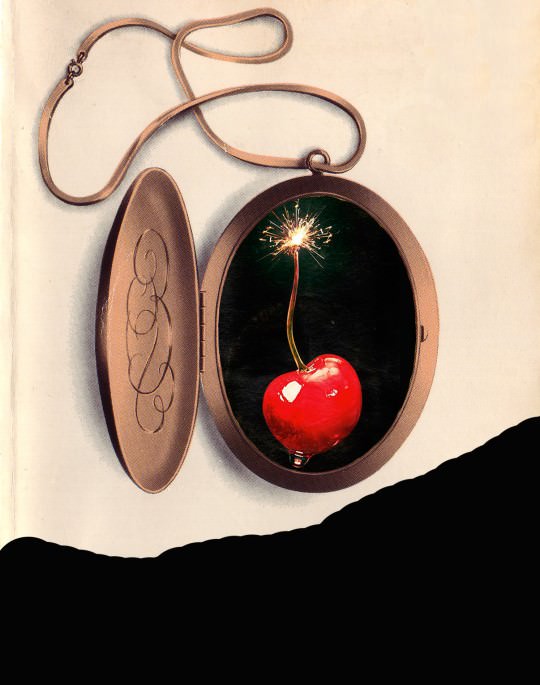 You could ask a million different people about what happened when they lost their virginity, and you’d probably get a million different answers. At the most basic level, losing your virginity could be defined as “having sex for the first time.” Even this definition isn’t that helpful though, because there are tons of different ways to have sex, and not everyone can engage in all of them. Sure, your first time might include penis-in-vagina intercourse, but does that mean gay girls and boys never lose their virginity? Do bisexuals lose it twice? How can you lose something that isn’t even tangible? Where does it go? And why do we call doing something new “losing,” anyway?

What “counts” as losing your virginity?

To avoid having to answer a million questions, I prefer to regard “losing your virginity” as a choose-your-own-adventure. Oral, anal, vaginal, manual, sex toy, something else? YOU PICK! When it comes to identifying as a virgin, only you can decide what “counts.” Maybe you “lost your virginity” the first time you gave oral to your girlfriend. Maybe you it was the first time your boyfriend fingered you. Maybe it was your first-time P in V. There is no wrong way to decide when you’ve lost your virginity. It is an intangible characteristic that only you get to choose whether or not you identify with.

That said, maybe you think the whole concept of virginity is stupid. Who’s to say that you ever had one in the first place? Who’s to say that you lost anything when you had sex for the first time? I prefer to think of first-time sexual encounters as gaining a new experience, not losing something. Instead of thinking of things in terms of virginity, feel free to tell someone that you gave oral sex for the first time, or that you haven’t tried vaginal intercourse yet. There is no wrong way to talk about first-time sexual encounters, and anyone who tells you otherwise is likely just as clueless as the rest of us.

“Sex is whatever feels like sex to the person doing/receiving.” —Amber

“My first connotation when I hear ‘sex’ is definitely boy-and-girl, penis inside the vagina. I know that we qualify other intimate acts as ‘sex’ and I don’t find those less sexual; I just kind of put those in another category in my head.” —Caroline, 21

“I don’t want to use PIV as a definition, because that excludes my queer friends who choose not to have that experience. I suppose it’s a threshold that you define for yourself, and I doubt it’s possible to provide a definition that covers everybody fairly.” —R., 18

“For me, virginity is an irrelevant social construct that really has no inherent meaning or value.” —Wilma

“Losing my lezzo-virginity was about as insignificant as my first go at P-in-the-V sex, but it was way more fun. Losing my one-night-stand virginity sort of left a bad taste in my mouth.” —Alyssa, 21

How do you know when you’re ready to “have sex” for the first time?

However you define sex, you will want to make some kind of decision before you have it for the first time. Every person is different, and only you can decide if you are prepared to try it. Deciding if you are ready for sex is a decision you make alone first, and with a partner second. This is a great time to be selfish! Here are some questions to think about individually:

After you’ve decided that you as an individual want to have sex, you should talk to your partner. Ask questions like:

Being “ready” for sex is kind of a weird concept to impose on somebody, because you can never really know if you were prepared for an experience until after it happens. You might never be 100% sure that you are ready for sex until after the deed has been done. This is OK! Part of being a human is making choices and evaluating how those choices worked out. If you choose to have sex and you regret it afterward, that’s OK. You can try again later! Having sex does not make you a bad person. After you have sex for the first time, you can always choose to wait until you have sex again.

“Sex was very new and scary to me, but hearing him calmly ask me what I was ready to do, and hearing how he was willing to wait when I said no, made me feel calmer.” —Nina

“I wasn’t ready. It just kind of happened. I think it is important for girls to know that ‘being ready’ is a good idea in theory, but in the heat of the moment, when endorphins are flowing, sometimes you just want to push your boundaries. AND IT IS OK. Doing it before you’re truly ready doesn’t make you a bad person, it doesn’t spoil sex in the future…it’s simply a life experience, one of many, that shapes who you are.” —Meaghan, 26

“Can you please plug Scarleteen in this piece? I honestly think that’s all anyone ever needs. Link them to the Sex Readiness Checklist.” —Tracey, 20

Will having sex change me?

Having sex may or may not change the way you think about things. Some people find their first sexual experiences empowering. Some leave their first bone thinking, Hey, I’d like to do that again. Other people remember their first sexual encounter as a disappointment, or worse. Sex might change your perspective on things like yourself, your body, or your relationship, but it does not alter the content of your character. If you were a good person before you tried sex, you are going to be a good person after.

Will having sex change the way people think about me?

Maybe. Whether or not it is fair, sex is more than just a physical act in our culture. This is why we have names like slut and stud for people who have sex. Some people look unfavorably on people, especially girls and women, who have sex before marriage. Or have sex with more than one partner. Or have sex casually. Or have sex at all! People might think you are “easy” or “free-spirited” if they find out you’ve had sex. These people are stupid, and are intimidated by your ability to make your own choices in life. If someone talks shit about the choices you’ve made, ignore them. Or tell them to fuck off. If they harass you, go to an adult you can trust. Don’t let anyone make you feel bad about choices you made because you were curious/horny/in charge.

Will having sex change my relationship?

In some ways, yes. Probably. Lots of people have sex as a new way of exploring the intimacy they’ve created with their partner. After you have sex, you might feel closer. Or you might realize that you never liked them as much as you thought you did. Or you might feel the same way about them as you did before. Sex has the potential to add a new dimension to a relationship, but it doesn’t always. What sex cannot ever do is save a relationship. If someone is going to leave you because you won’t have sex with them, they’ll leave you for another reason eventually. Don’t have sex because you think it will change your relationship; but when you do have sex, be open to exploring the new feelings that it brings—good and bad.

“I expected to feel closer to this person than anyone else, and I did.” —Erin, 33

Does having sex for the first time hurt?

For some girls, first-time vaginal intercourse does hurt. The hymen is a thin membrane that covers your vaginal opening. It can tear during lots of nonsexual activities, like bike riding. If your hymen was torn before you had sex (this is normal), sex probably won’t hurt. If it hasn’t torn (this is normal too), sex will hurt a little (not enough that it should scare you away!) and you might bleed a little (less than your period). If you bleed a ton after having sex for the first time, or experience intense pain during sex, you should go see a doctor! There are lots of treatable reasons this might happen.

Anecdote from a stranger:

“There were two things I expected: pain and blood. And those criteria were certainly met. Although there was less blood than I had expected, which was a relief. It wasn’t until later that sex seemed in any way pleasurable.” —Lucia, 24

What should I expect from sex?

“I used to think I cared about sex being romantic, that my first time would involve candles and rose petals or whatever. But upon losing my virginity I realized that that stuff really doesn’t matter at all—it’s all about feeling comfortable with the person you are with. That makes a world of difference.” —Jo, 20

“Being able to laugh during is helpful. Too serious, and we probably would have gone to bed mad.” —Erin, 33

“I had a feeling similar to ‘let’s get this over with,’ but also excitement and nervousness. So, kind of what I would imagine waiting to get a medical exam on a roller coaster would feel like.” —Amy

You will learn how to make sex with your partner work by practicing and by talking about what each of you like. Sex is personal. That said, here are some general tips to make first-times go more smoothly:

“No matter how platonic you are, you need some kind of attraction in order for sex to work, and if that attraction is encouraged with sex, it’s hard to go back to where you were before in terms of friendship.” —Francisco, 20

What if it sucks?

If your first time sucks, don’t fret. You have your whole life to get better at sex. If the experience falls short of your expectations, you can be disappointed, but get over it. It is just sex. You are still a rad person. Second (third, fourth, hundredth) chances are a real thing.

Anecdote from a stranger:

“Sex can be boring. People neglected to tell me this. As a young virgin boy, I assumed that getting off always equaled to having fun, but it can actually be an ordeal for a large number of reasons. Body parts can hurt, people can be in a bad moods, the temperature may be too cold or too hot, lubricant may be itchy or sticky, you may discover you’re allergic to latex (cough), you may have a lazy partner who turns sex into a mechanical ordeal, etc. Like, people, listen, IT CAN BE BORING. I don’t mean to say it’s overrated, but it is definitely overhyped.” —Francisco

So, to boil it down, if you decide you want to have sex: