Getting through homesickness and finding your crew. 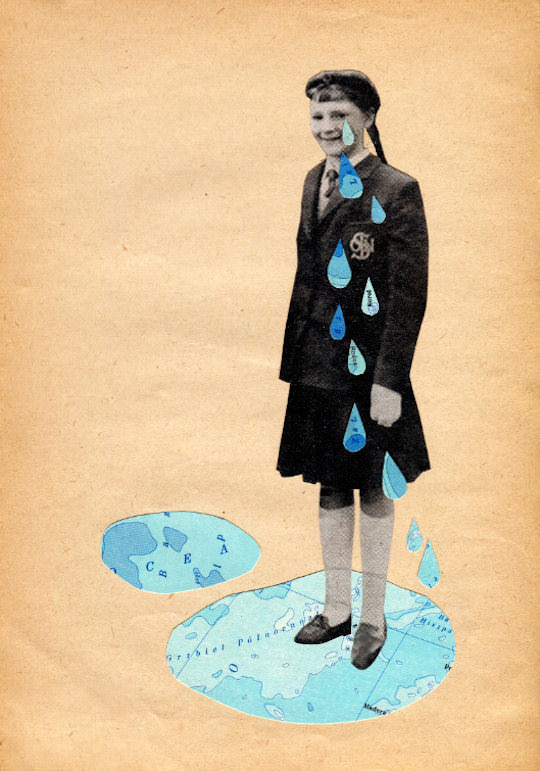 I just recently packed up all my belongings, abandoned the life I’d known for the last three years and relocated me and my kitty to a new place with a stranger human (and stranger cat). OK, so I really just moved a few blocks down the street, but still, it’s kind of a big deal? And in any case, this year marked the 10th anniversary of THE MOVE, aka that time I went away to college.

I’d had a pretty normal life for the first 16 years of my life. I lived in Cupey, Puerto Rico, with my mom and our dog, Chili, in a second-floor apartment about 25 minutes from my high school. I had friends that I loved and saw every day at school and even went on vacations with.

I wasn’t satisfied, of course, because what 16-year-old is? I wanted to go to college in the States! It wasn’t just some ridiculous whim, because no universities in PR offered fashion design, which is what I set out to study once upon a time (but that’s another story)—and even if they did, I wanted to be as close to New York as possible because, well, New York was the center of everything cool to me (and the place where I knew I wanted to be)–so I applied to a couple of schools and off I went to Philadelphia to start a new life, less than a month after I turned 17.

I was fine. I told myself I was fine, so it must’ve been true. They had orientation week a couple days before school started for “international students,” and my mom flew with me to Philadelphia. She was a kind of secret security blanket for me, and even though I could’ve moved the dorms right away, I chose to stay with her at her hotel, because those three orientation days were really all I had left of the life I knew. Then it came time to say goodbye, and the waterworks came on BIG TIME. Who did I think I was to move to a completely different place far away from everything and everyone I’d ever known? After I had said goodbye to Mom I was walking to the dining hall with my eyes all bloodshot and some random guy looked at me and said, “YOU’RE CRYING ALREADY?” and all I could do was mouth a “fuck you” to him and walk away.

The first couple of days at college were lonely. The three girls that I had been assigned as roommates kept going to the dining hall together without inviting me, leaving me to wonder why I’d spent so much time trying to figure out how to answer the “roommate questionnaire” that was supposed to grant me an instant BFF on move-in day. Blah. I covered my little corner of the room with posters and magazine tear-sheets from my bedroom back home, and would lie in bed getting lost in Dave Grohl’s face while listening to some sappy Sarah McLachlan songs on my Discman. I talked to my mom on the phone every day, but never let her in on how scared I was feeling. I just sucked it up, and tried to make a go at a new life.

First, I decided was gonna be open to hangouts with everyone. It didn’t matter if we had things in common or they listened to shitty music or whatever—I was in no position to turn down human interaction. Oh man, when I put it that way it sounds SO sad! But whatever, it was the truth! One day in the dining hall a couple of girls that I could tell were sorta my people (you know, some kinda Latin) approached me and asked, “Are you the Puerto Rican girl?” (What? How did they know? Also I was THE Puerto Rican girl? SO MANY QUESTIONS!) I said yes, and for a couple days we ate lunch together. I think I had class with one of them, so our conversation was mostly about class stuff or, like, stuff we all liked, which inevitably came down to talking about food like rice and beans or pasteles or something (food is always a thing to talk about when you meet people of your background!). Our budding friendship ended when they asked me if I wanted to dance on top of one of the floats at the Puerto Rican Day Parade (I hate parades! Never mind being IN them!), and I politely declined. Maybe they thought I was a snob? WHO KNOWS? It turned out we really DIDN’T have much in common beyond our love for rice and beans and pasteles. But at least I had given it a shot.

Things did get better after that. Luck had a little bit to do with it: it turned out the dorm I was living in was sort of the “reject” dorm. It was the oldest building on campus and it was co-ed and rumor had it that college tour guides were not allowed to bring prospective students and their families around to check it out. No one really knows why—possibly because it was all LAWLESS in there and we all just did what we wanted—but I think it was really because all the other dorms were renovated and probably had nicer insides, although I wouldn’t really know because I never set foot in any of them. Every time I left to go to class I saw the same motley crew of kids hanging out on the bench out front, smoking cigarettes and skateboarding up and down the walkway. They were loud and were always joking and they always made me laugh, like the time somebody put a flier on the door from the Christian club (not sure that was a thing) that said “Lost? Lonely? Come talk to GOD” and they had crossed the GOD part out and written one of the guys’ names and his phone number in its place. I started accompanying one of my roommates on her cigarette breaks out to the bench, and it wasn’t long before I started spending all my free time (OK and maybe the time I was supposed to be in class too but shhh!) hanging out and having a blast with my newfound friends.

It was in this glamorous environment that I met Tara, the coolest girl I’ve ever met probably still to this day, the girl who’d become one of my best friends and whom I lived with for four years. She wore red Converse every day and lived in jeans and a rad collection of vintage T-shirts and was my first exposure to real-life coolness. In a glorious pre-Missed Connections scenario, she had been looking for the girl who wore a Sonic Youth Washing Machine T-shirt on the first day of school (spoiler alert: it was me!) and I had been looking for the girl who lived on a room in the first floor, whose Beck and Sonic Youth posters were visible from outside. One of the other “bench kids” brought us together, and I was so grateful that I didn’t even mind when he walked around the hallways with his acoustic guitar singing Get Up Kids songs like some version of the Naked Cowboy only not, thankfully, naked.

And just like that, literally a few weeks after thrusting myself into the great unknown, I was sitting on the floor of Tara’s dorm room while she patiently taught me how to play Sleater-Kinney’s “One More Hour” on a borrowed guitar (she was Carrie and I was Corin). I never worried about being lonely again.

So what’s the point of reading this totally awesome memoir (because there IS one)? See, if you’ve left home for the first time and are feeling lonely and kinda lost, I have some advice for you! Stuff like: