Got a soft spot in your heart for androgyny AND the ’60s? I got you covered.

Tips From a Bacon-Loving Vegetarian

The ’60s weren’t all miniskirts and love beads. A lot of women took advantage of the fact that they were no longer expected to wear dresses AT ALL TIMES and made menswear their own. This is not the baggy, Annie Hall, borrowed-from-the-boys look. This is ladies looking badass and jet-set in immaculately tailored suits, a little mod and so sharp they’ll poke your eyes out. 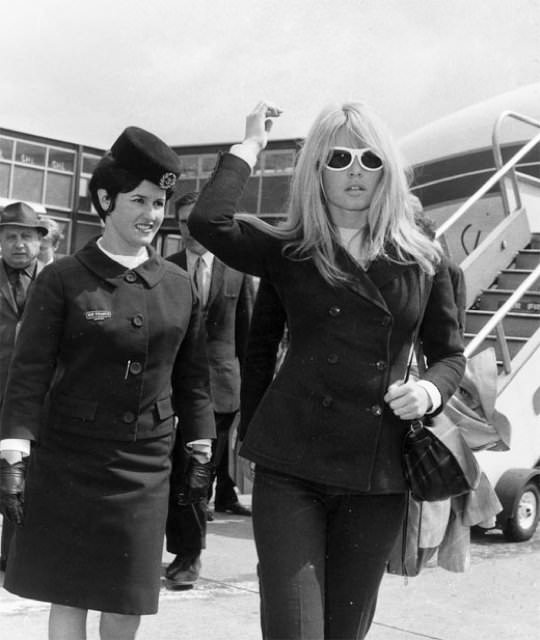 Image via Born in Flames

If there’s one thing you can say about Brigitte Bardot, it’s that she’s had a lot of good photos taken of her (yeah, they call me the Understater). While her early style tended to be very haute femme, all gigantic sex-kitten hair and flirty smiles (I mean, COME ON), she went through a lesser-known androgynous phase. Sometime around 1967 she dropped the teasing comb and silk pedal pushers and started stepping out in these immaculately tailored double-breasted suits, complete with tie and Beatle boots. The photo of her above is my all-time favorite. It just does not get more glamorous than tousled hair on the tarmac, darlings. 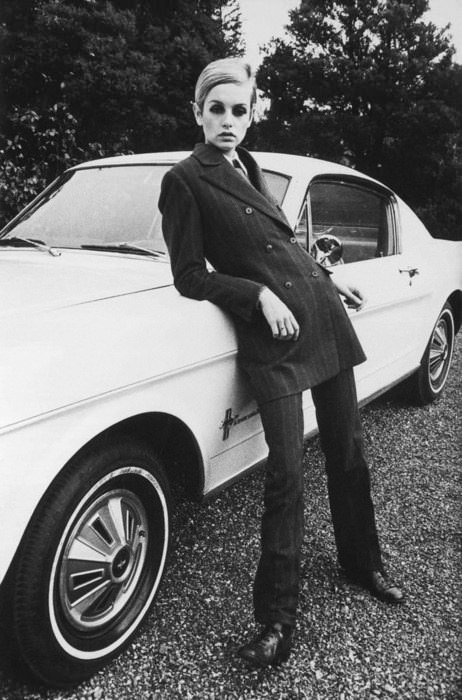 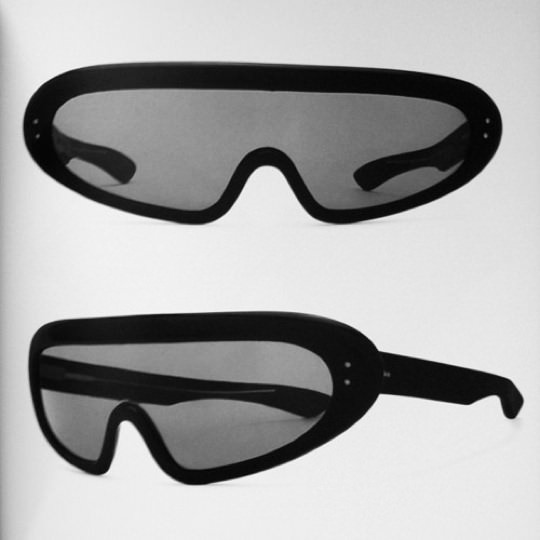 I love these shield shades by French maker Swank (!). This striped pair by Trifari is also great: 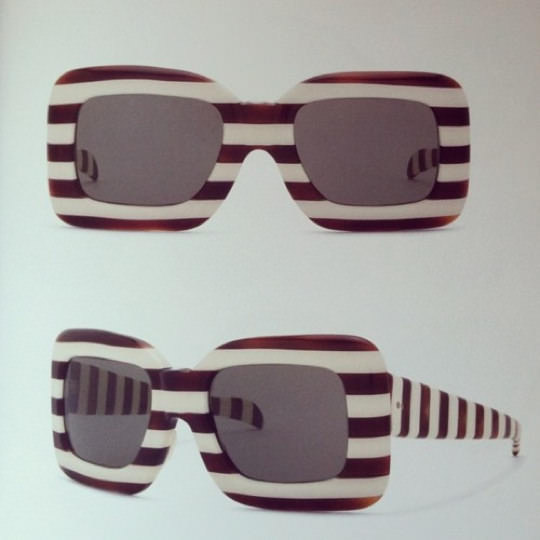 Other makers of mid-’60s crazy-shades to keep your eyes peeled for: Pierre Cardin, Oleg Cassini, Oliver Goldsmith, and Renauld. Frames with these names are seriously collected by the glasses-freaker set (yes, that really is a thing!), but if you’re dedicated, you can definitely turn up a bargain, like the time I found the perfect pair of tortoiseshell Oliver Goldsmiths at a flea market for five bucks: 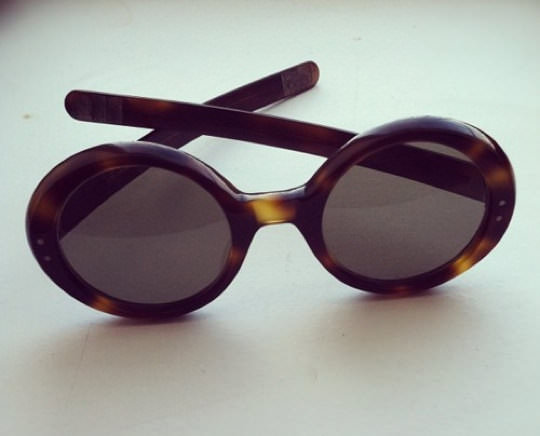 Another thing to remember is that you don’t have to wear a full-on suit and tie to achieve this look. You’ll look really amazing in men’s separates, too. Behold, model Naomi Sims, the most beautiful thing to get off a bus since Margot Tenenbaum: 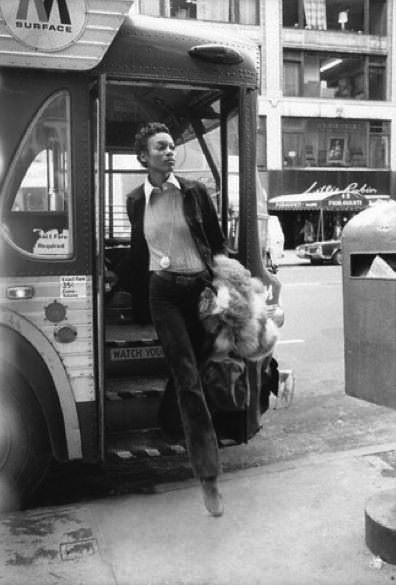 Keeping it dead simple by wearing only black and white is key. The super-bright colors are great for those kooky kids down on Carnaby Street, but we are sophisticated international women of mystery, like Françoise Hardy, Geraldine Chaplin, and the divine Nico in repose at Warhol’s Factory in 1966: 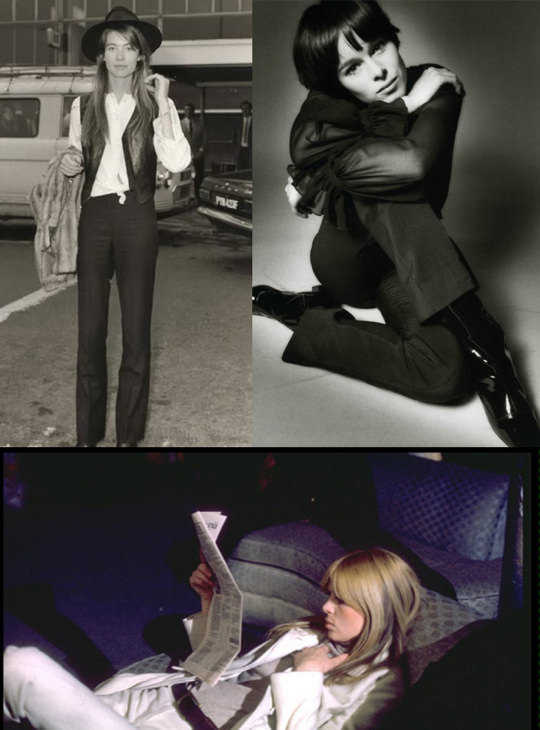 Details to watch out for when you’re thrifting these pants: a low-slung waist, a permanent crease on the leg, and an ankle-grazing hem. Crisp white men’s shirts are a great addition and not too tight. And, while I’m on the subject of Françoise : dear lord, can this woman wear a hat or what?! 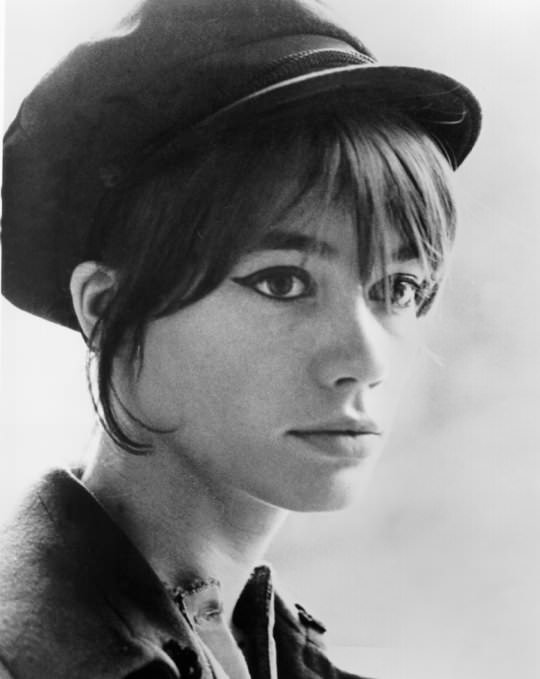 Image via Quite Continental

I love the look of a man’s cap on a woman. You can take a cue from Françoise and get a Greek fisherman’s cap, which is very Bob-Dylan-in-his-Woody-Guthrie-phase and John-Lennon-in-his-Bob-Dylan-phase. This hat by Jacobson is classic, and a steal at 20 bones.

More cap-spiration, new and old, from the almost-too-amazing-for-words Nina Rindt and Lou Doillon: 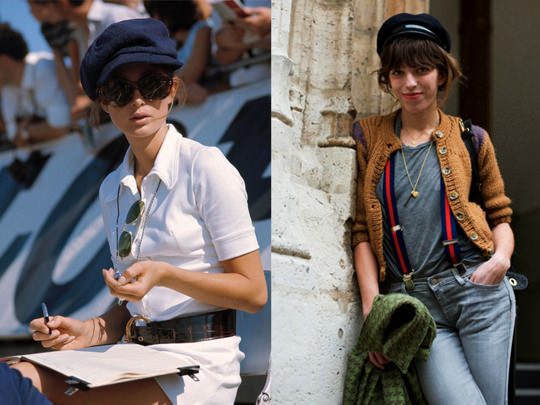 If the West Village folkie look doesn’t cut it for you, another great menswear-y cap is the equestrian-inspired helmet hat designed by André Courrèges and famously worn by Audrey Hepburn for her role as an art thief in How to Steal a Million (for the record, I’m recommending the hat, not the gig stealing precious artifacts). The Courrèges hats are impossible to find, but there are still awesome vintage examples out there, as the lovely Kennedy Holmes here shows. Try searching Etsy for “helmet hat” to find your own. Add the word “mod” if you don’t want to trawl through a million construction hard hats, which actually look kind of cool now that I think about it. 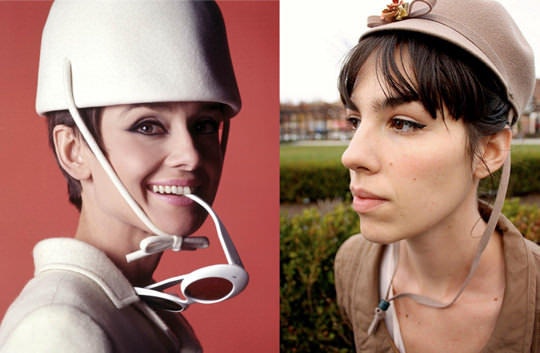 I hope you have fun putting together your own look, my soon-to-be-besuited darlings. I leave you with some bonus inspiration to show you that even the Supremes ditched their evening gowns to get in on the menswear fun back in the day. Oh, and I’ve just always thought these babes from the cover of my favorite Booker T. & the MG’s record were really boss: 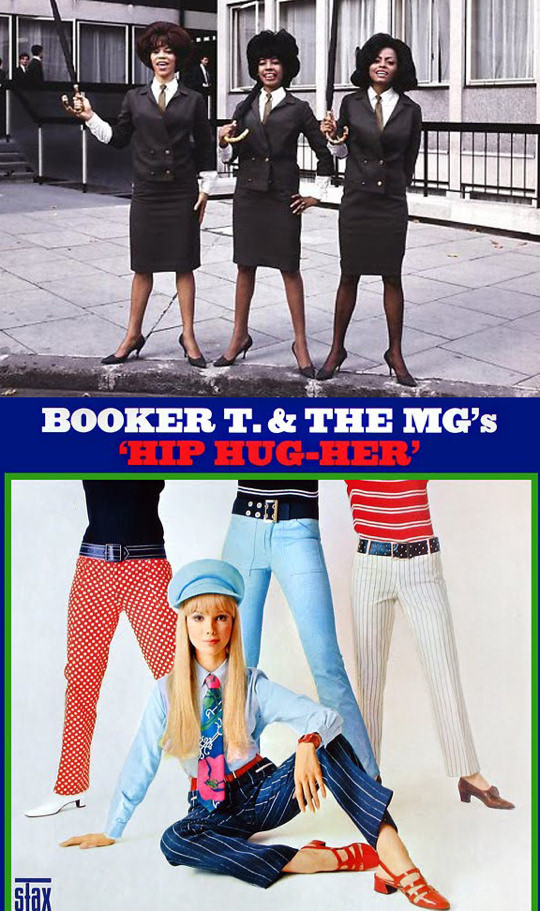 The Supremes and Hip-Hug Her, both via Magic Mac