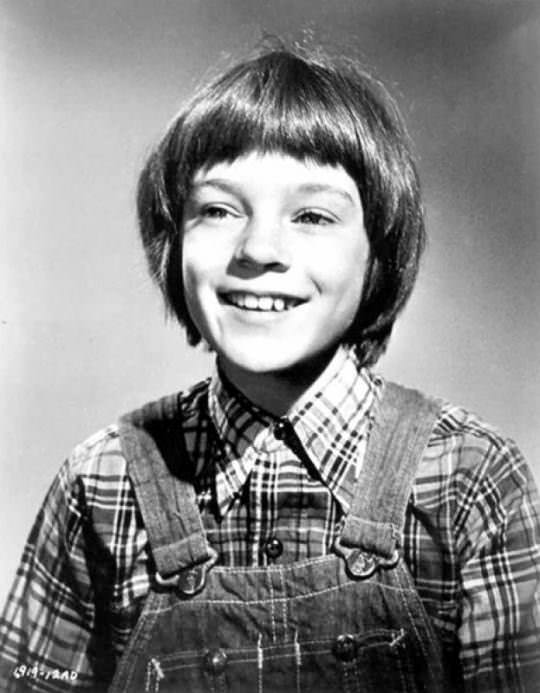 “I was born good but had grown progressively worse every year.”

I hadn’t thought much about Scout Finch, the six-year-old heroine of To Kill a Mockingbird, Harper Lee’s 1960 novel about racial prejudice in small-town Alabama, since I read the book on the very last day of summer vacation and turned in my hurried, typo-laden book report on the first day of ninth grade. But a few weeks ago in my internet wanderings I came across the photo above, and my love for Scout came flooding back to me. Played by Mary Badham in the 1962 movie adaptation of the novel, Scout was all overalls and adorably crooked grin, a strong-headed, mischievous girl who’d make an awesome best friend and a pretty scary worst enemy. 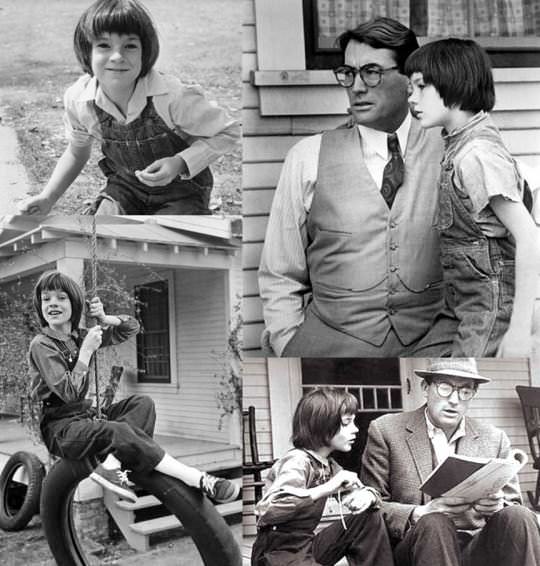 A rough-and-tumble tomboy with scraped knees and mussed hair, Scout is a fearless girl who’s always willing to fight for what’s right, standing up to playground bullies and people who attack her father, Atticus, or her brother, Jem. OK, she may have also regularly beat up her friend (and secret crush) Dill for not paying enough attention to her, but a girl can’t ALWAYS be righteous, you know? 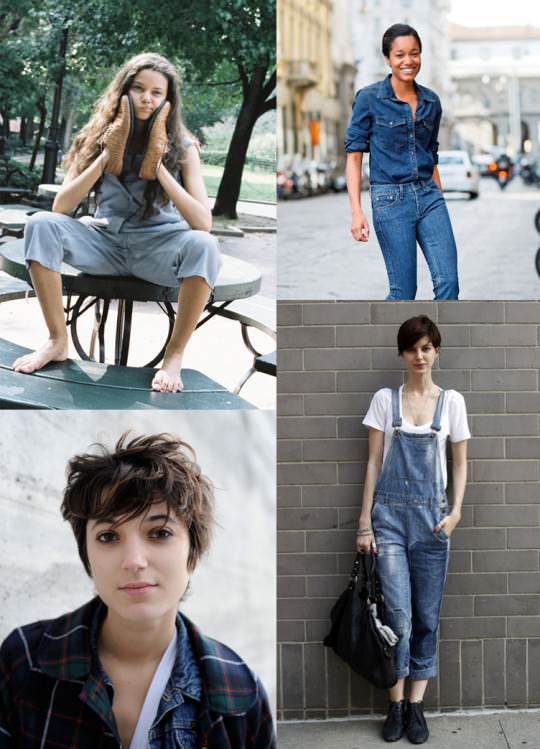 Scout’s style was distinctly tomboy, too. Her utilitarian wardrobe of simple shirts, overalls, and Keds was a world apart from the dresses, crinolines, and camisoles her aunt Alexandra and neighbor Mrs. Dubose were always haranguing her to wear. It’s not that she *hated* girls’ clothes exactly; it’s just that she knew that she couldn’t climb trees, shoot marbles, or beat up boys in them. When Scout’s uncle Jack looked disapprovingly at her overalls and asked her, “But don’t you want to grow up to be a lady someday?” she replied, “Not particularly.” Scout wanted to be whatever gave her the most freedom and fun, and in a small town in Alabama in the 1930s, being a girly-girl wasn’t too much fun. 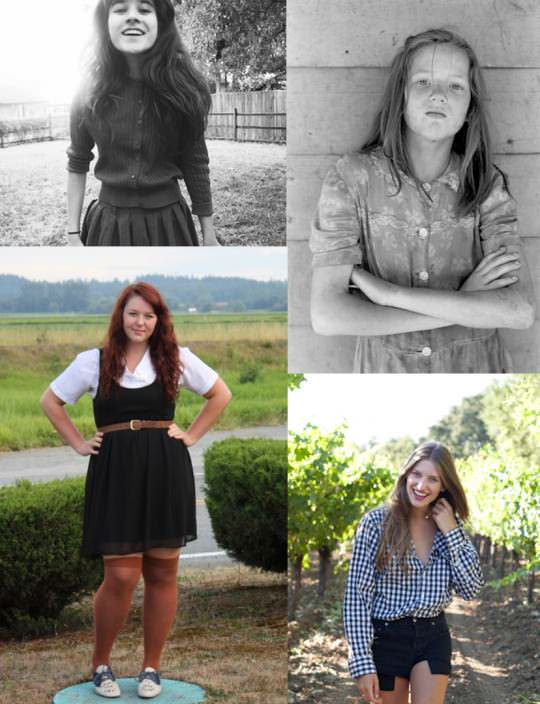 Clockwise from top left: Rachel Sonveeco; photo by William Gedney via Born in Flames; Michele Ouellet on Refinery 29; Made by Kate.

Scout is not your run-of-the-mill troublemaker; she’s a strong girl who understands that her convictions (and YES, the boy she likes who’s too dumb to pay attention to her) are worth fighting for. She is the best, and I’d throw on some overalls and get down in the dirt for a game of Boss Out, or hang from a tire swing, with her any old day.