Oh, the Places I Went

The Chronicles of Narnia: good for more than just lazy Sundays. 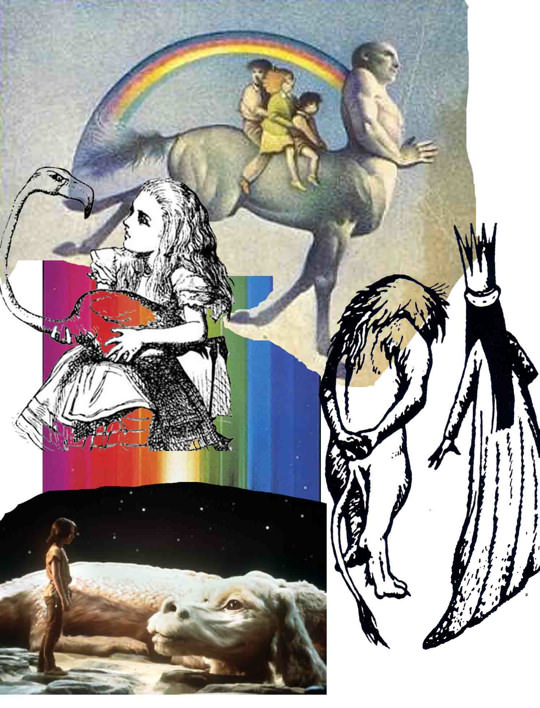 In my lifetime, I’ve ridden on the back of a luck dragon named Falkor, played flamingo croquet, and bottled up every human emotion and important memory left in my village (’cause I’m such a giver like that). Technically, I haven’t done any of those things, but because I read so much fantasy literature as a young lass, it feels like I did.

If a book was labeled “young adult fantasy” or “children’s fantasy” or “book for a total dork,” I probably read it. I was in love with Lois Lowry’s Giver trilogy, which was set in a society where people live without emotions, and everyone’s memories are projected onto one young boy. Freaky, right? Lowry’s twisted dystopia sucked everything enjoyable out of life, which made me infinitely more thankful for the world we live in. I also loved the futuristic Uglies series by Scott Westerfeld, in which every citizen is given plastic surgery to look perfect. The society depicted in the series isn’t that far off from how the world works now, and the book also contained some weird tech concepts and a human rating system that reminded me of Facebook. And I can’t forget every witty and cynical book by Eva Ibbotson, like The Secret of Platform 13, about a magic paradise hidden under a railway platform, or Island of the Aunts, which concerns a group of crazy old women who kidnap children so that they can help the women take care of weird sea creatures on their uncharted island. (Here’s the thing, though: I was never into Harry Potter or Lord of the Rings. I know, I know, how could I not be? I love witches, wizards, and freakishly powerful jewelry, but, for whatever reason, I never really connected with either series.)

I did some pretty awesome exploring at a young age. Whether I was reading about underground goblin kingdoms, psychedelic fantasylands, or time-warped dimensions, I was always so, SO into it. But what was the big deal? Why was I, like so many other kids, totally engrossed and emotionally invested in books about, like, Christ-like lions and elderly women who turn into centaurs?

Weird books filled with made-up languages and imaginary creatures were my anti-drug as a fourth grader (though, let’s be real, it’s not like I needed an anti-drug). They developed my imagination—I now have an unrealistic confidence in my ability to save my village/my kingdom/the universe. I even started writing my own fantasy book in third grade! So what if I only got about four composition book pages into it? It was still the first thing I had ever written (and attempted to self-publish). Those books inspired me to do something bigger than myself, which probably wasn’t hard seeing as I was eight. And not only was I into stories about fantastical lands, I was also into stories about kids who invented fantastical lands. Art imitates life imitates art. Deep.

Sometimes I feel like I am done with the genre. I’m not going to lie: when I see adults reading Harry Potter, I think it’s a tad bit inappropriate, because a lot of fantasy books aren’t that challenging. But I recently got on the Hunger Games bandwagon after several adult Rookie writers insisted that I read them. As I got older, I realized that a lot of adult books were just as fantastical as the children’s books I had read when I was younger. Isn’t Animal Farm technically a kid’s book? Yeah, it serves as an allegory about the October Revolution—but, c’mon guys, it’s about talking animals. Watership Down is similar in that it’s set in a highly detailed society of rabbits (they have their own mythology!), but the book is essentially a really dark, heroic epic. Wicked:The Life and Times of the Wicked Witch of the West, the novel that the musical was based on, is a sexually-charged retelling of the Wicked Witch’s life story. See, there are tons of fantasy books for adults that are complex and well-written!

The more unlike life on Earth the book is, the more I’ll probably like it. The weirder the languages, the stranger the creatures, the more dangerous the destination, the better. I couldn’t physically explore Narnia, but at least I came close. ♦