We weren’t supposed to turn out like the kids in that book. 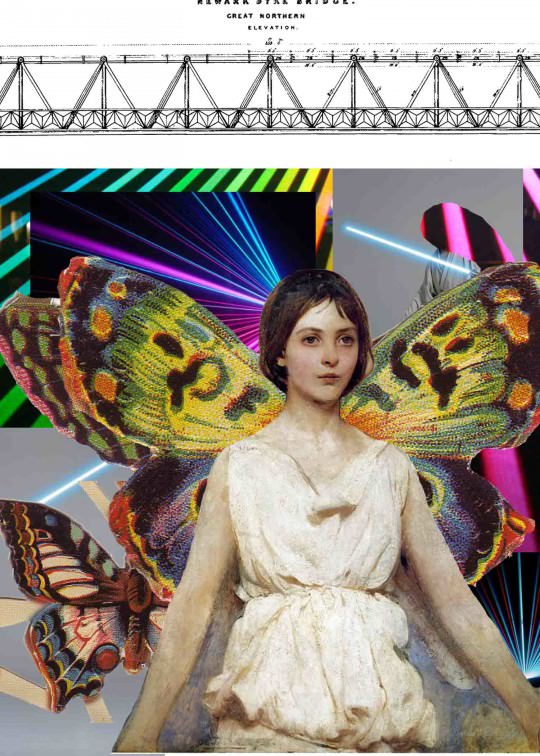 There’s a spoiler in here, just warning you.

One of my favorite children’s books is Bridge to Terabithia. If you’re unfamiliar with the book or movie, it’s about a friendship between two kids, Jess and Leslie, and Terabithia, a magical kingdom that they imagine in the woods behind their houses. And it has one of the most emotional, tragic endings in children’s literature. I feel like this book has been following me for my whole life.

When I read this book as a kid, it was Terabithia itself that really gripped me. Like Jess and Leslie, I lived in a rural farming town, and nearly all my friends had an expanse of woods to claim and explore. There were dozens of tiny Terabithias dotting our town, complete with their own mythologies.

One of these Terabithias seemed like a footnote at the time, but ended up becoming inexorably linked to the story of Jess and Leslie. As Terabithias go, this one was rather contrived—it was founded as part of an honors-English project after our middle school class read Bridge to Terabithia. Our teacher had us split into pairs to plan our own kingdoms. While everyone else was trying to figure out if you could have two queens (the class was almost all girls), my partner Leigha said neither of us should be rulers.

“It should be ruled by an angel,” she said. I immediately understood. Leigha and I had a shared past. We’d both known a girl, Jenny, who had been killed by a lightning strike. Because of this we shared a phobia of thunderstorms, and a tendency toward mysticism. But at that point, everyone seemed to be obsessed with death, not just us. Our teacher chose Bridge to Terabithia as reading material, but when she later let us pick stories out of Chicken Soup for the Teenage Soul for class reading she had to ban the “Tough Stuff” section because all we wanted to read were the stories about cancer and car accidents.

Leigha and I jumped at the chance to create a kingdom dedicated to Jenny. It would be a kind of closure, a memorial that made sense to a couple of nature-loving, magic-believing kids. Jenny was the ruler and Leigha and I were stewards of the land. Frustratingly, I can’t remember what we named it. Something boring and unoriginal like Angel Kingdom, I think.

Leigha lived in the town center, which meant that she didn’t have access to the woods. The spot she chose for our Terabithia was slightly down the street, in a spot of land just off the road but hidden from view by weeds. There may have been a drainage ditch involved. My mother would have been HORRIFIED to know that we had left Leigha’s yard to go play by the highway.

But even if we were playing in a ditch, it was a nice ditch. There were grass and flowers and pretty rocks and imagination. I remember telling Leigha that I had read about a Native American tribe that would thank every animal they killed for its sacrifice. Actually, that’s the only thing I remember talking about, but I know we were VERY SERIOUS. This wasn’t the fun, silly part of Terabithia, this was the sacred place where Leslie and Jess spoke only in whispers.

Then we went back to her house, finished up the project, and never really talked about it again. Like I said, it was a footnote in our lives. But a fairly important footnote, because it gave us some peace.

In the years after that, Leigha and I grew apart. No drama, we just started gravitating toward different crowds in high school—her to the band and me to the nerds. Then Leigha’s exploring gene kicked in and she started getting antsy. She decided to take all her required classes during her junior year so she could graduate early. The high school administration fought her and I think everyone thought she was a little crazy, but she did it. She joined the Air Force and left for boot camp while we were all starting our senior year of high school. She dropped into our Spanish class one day and told us stories about helping with the aftermath of Hurricane Katrina. Our lives seemed very boring in comparison.

This was around the time that Facebook became popular, and for the next couple of years I followed Leigha’s updates with a kind of bemusement. She finished training and became a C-130 loadmaster, which I’m told is a pretty impressive job. While we were all starting college, she was flying in Iraq. While we were still in college, she came home, became an EMT and a girls’ softball coach, got married, and gained a farm and a 10-year-old stepson. I believe she went to school too, somewhere in that time frame. It was hard to keep straight.

Then, in my last quarter of senior year of college, my dad called. He made some comment about American Idol and then got the courage to tell me why he was really calling: “Leigha’s dead. There was an accident on the farm.”

I remembered many years ago, my dad had made some comment about how lucky I was that I hadn’t lost a friend yet, and that it would happen eventually. I hadn’t really believed it. Not everyone was unlucky.

But now I thought, OK, it’s happened. I asked him the important questions, he told me he didn’t know much, and I hung up and opened up Facebook.

It didn’t feel real until I saw her wall. Her last status update was a cheerful note about celebrating Easter. After that, there was comment after comment of friends and strangers saying repetitive things like “I can’t believe it” and “Heaven has a new angel.”

It was weird. I hadn’t talked to her in years. We hadn’t been close friends for years before that. But suddenly all these memories came rushing back, silly stuff. We’d bonded because of our shared love of pranks in Girl Scouts, but once I stole her underwear and put it up the camp flagpole and she was PISSED. After that, we stuck to pranking other people instead of each other, and left undergarments alone. I remembered her eighth birthday party, where we played an epic game of Truth or Dare and then shout-flirted with a couple of boys watching us from a window across the street.

I also remembered Terebithia. That day was all about angels, but Jenny was the angel, not Leigha. This wasn’t supposed to end like the book. And suddenly I was freaking out, because of all the people in my life who could have died, it had to be HER. The person who had shared my anxiety about death in childhood. The person who had built Terabithia with me. We were never supposed to be Jess and Leslie, but we’d become them anyway.

I missed her funeral because of some midterms, which I ended up bombing anyway. I sent my condolences to her mom via Facebook, which felt fitting because that was where everyone was mourning, as we were all miles away from home on our separate adventures. Then I cried, a lot. I cried off and on for months, and I still can’t explain why. I was crying for a girl who hadn’t existed for a long time, a girl who had grown up to be a woman I didn’t know and who died a stranger. But I still held on to all those memories of little-girl Leigha, and I cried for her.

Last week I reread Bridge to Terabithia for the first time since that English class all those years ago. The Terabithia parts weren’t what stood out to me anymore. Instead, I was gripped by the strength of Leslie and Jess’s friendship, and I was strangely comforted by the end, as sad as it was. I don’t know what it’s like to lose your current best friend, but I do know what it’s like to mourn, and Terabithia reminded me that everyone feels that pain.

You might not have lost anyone yet, but I bet you’ve gotten teary-eyed over a sad book or movie. Stories like Bridge to Terabithia or even those “Tough Stuff” chapters in Chicken Soup are important. Our society tries to hide grief, so that no one else is “infected” by sadness. As a result, we don’t have role models for how to handle death. That’s why Leigha and I had to reinvent mourning in our own childhood, and why I wondered if it was even normal for me to mourn someone I was no longer friends with. All those sad books and movies have a purpose—they remind us that grief is real and normal and inevitable.

I really hope you haven’t had to face grief yet in your lives. But it will happen to all of us. And when it does, it’s good to know that you won’t be alone. ♦